‘Cinema Spirit of the Year Award’ to Lisa Çalan

Lisa Çalan, a Kurdish filmmaker who lost both her legs in an ISIS bombing during a political rally has been awarded 'Spirit of Cinema Award' this year at an international film festival in India.

At the 26th International Kerala Film Festival (IFFK) held in India, the “Cinema Spirit of the Year Award” was given to Kurdish filmmaker Lisa Çalan.

The award was presented to Çalan, who is also the “Honorary Guest” of the festival, by the Prime Minister of Kerala. Çalan, who took the stage to receive her award, received a standing ovation for minutes, and in her speech in Kurdish, she dedicated her award to those who lost their lives and were injured in the Suruç and Ankara Massacres by ISIS in Turkey.

Lisa Çalan is a Kurdish filmmaker, an art director, an actress and she lost both legs in the ISIS bombing on 5 June 2015 while she was participating in a political rally of the People’s Democratic Party( HDP) in the southeastern province of Turkey, Diyarbakir (Amed)

In her speech, she noted Kurdish women’s struggle.

“Kurdish women, shouldering a great resistance in Rojava, wrote a manifesto against ISIS barbarism. This manifesto inspires the world today.” she said.

“It goes with the IFFK’s proclaimed stand of upholding political consciousness. We feel that there is a strong need to bolster art that is created amidst so much struggle and agony. It is also a symbol of great resistance put up by the filmmakers. Even while featuring films under sections devoted to conflict, we drive home the point that all fights are equally important. It is not just the war, there are inner battles, fights for common causes which are being told and IFFK offers a platform for such bold expressions,” said Tony Xavier, festival programmer with the IFFK team. 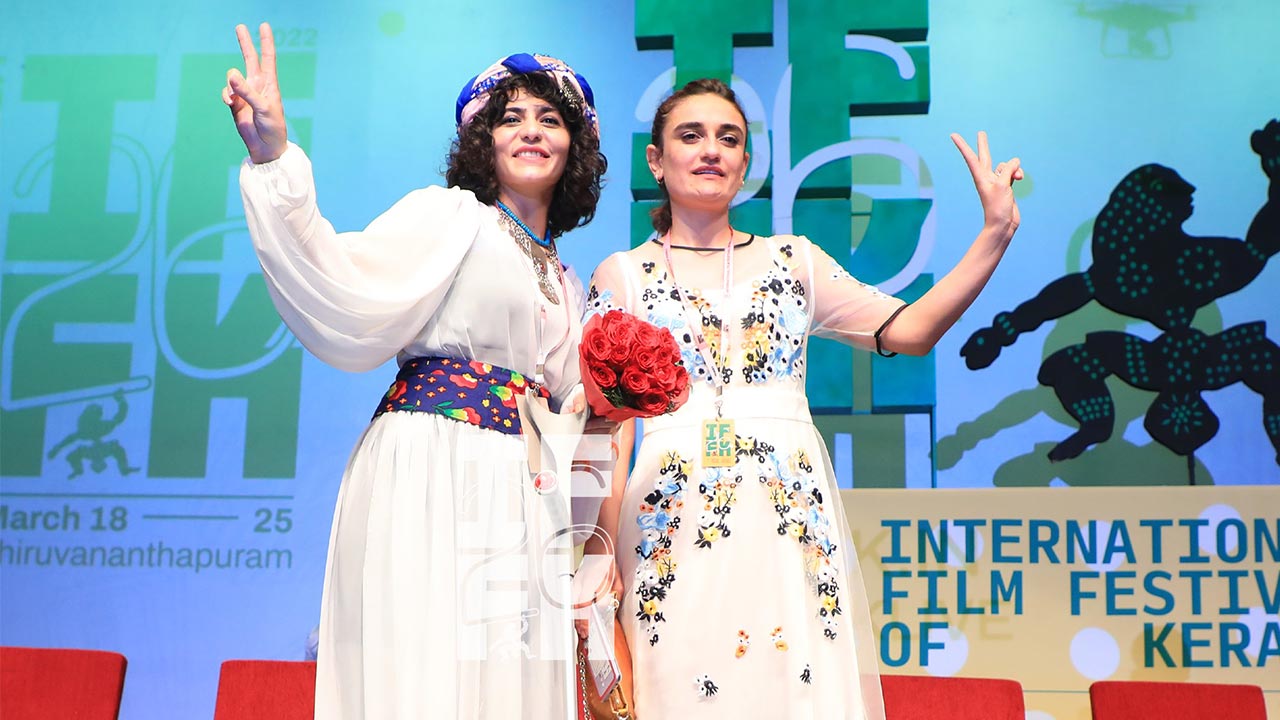 The festival has been organized by Kerala State Chalachitra Academy on behalf of the Kerala State Department of Cultural Affairs since 1996 in Thiruvananthapuram, the capital city of Kerala state of India. A total of 38 films directed by female directors were screened at this year’s festival, along with a special screening of the film Dağların Dili (Language of the Mountains), directed by Lisa Çalan. On March 20, an event with the participation of Asianet News Online columnist Harita Savitri and Çalan will be held at the Tagore Theatre.