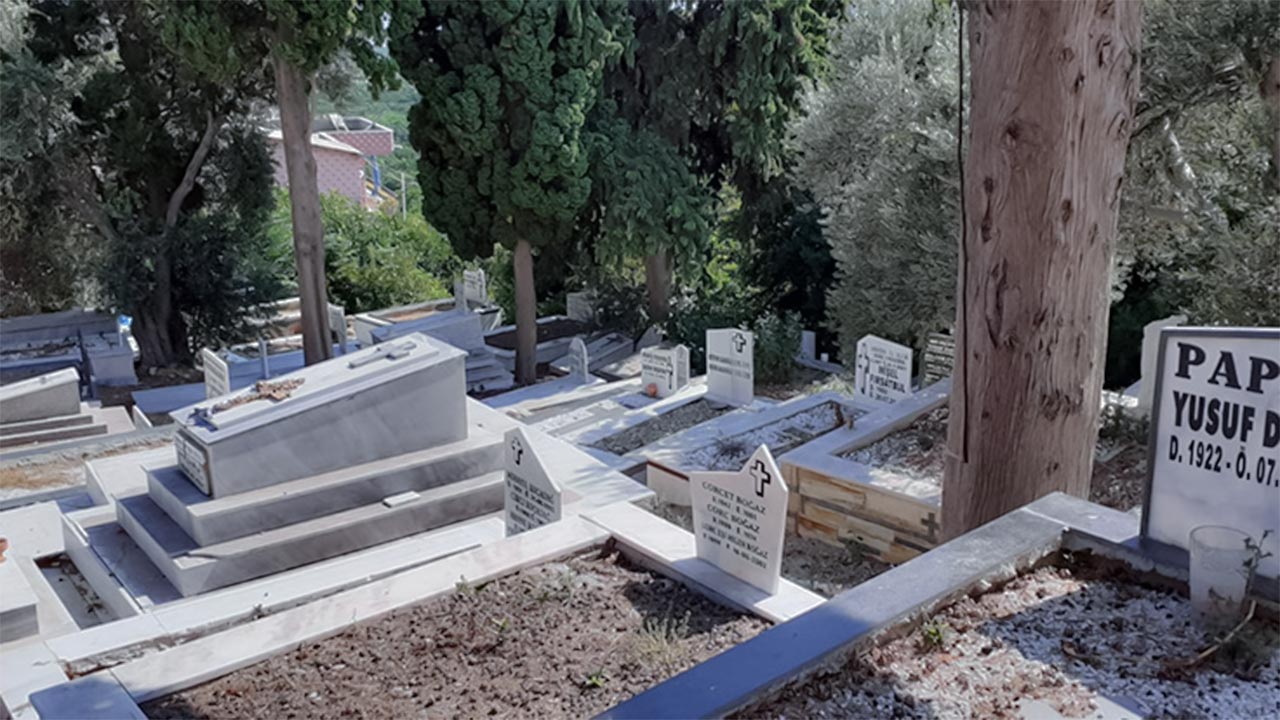 A Christian cemetery space which belongs to the Rum Orthodox Church in Samandağ district in Hatay city, Turkey, has been recategorised as a ‘green field’ site in the revised construction plan. This recategorisation has been approved by the Culture and Tourism Ministry of Turkey.

The cemetery had been confiscated and its title deed placed under the ownership of the Region’s Directorate for Foundations. But the foundation of the church has launched a legal battle to take back the land and title deed of the projected ‘green field’ site.

The area surrounding the Church of the Virgin Mary is the only area that the Christian community of the region has used as a cemetery since the 1870’s.

Though the legal battle began almost nine months ago, the foundation has not received any information or answer to its queries.

‘The Foundation’s properties cannot be confiscated’

Emektaş has stated that they objected to this decision to recategorise the church’s land immediately upon hearing the news. He said: “An empty field belonging to the church and located alongside it has been suddenly recategorised by the municipality as a ‘green space’. But no-one can confiscate this area when it clearly is the property of the church, even if it is a reserved and empty area for the moment”.

‘Why have they chosen the Christian Cemetery?’

Even after approximately eight months, the municipality has not replied to us and the situation regarding our cemetery space remains unclear, Emektaş said.

Emektaş points out that several empty spaces already exist in the city that can be used as a ‘green field’ site by the municipality. He could not understand the reasoning of the municipality and why it has tried to confiscate the cemetery space around the Christian church.

‘A solution must be found’

Samandağ Alevite Values Association’s chair, Zülfikar Çiftçi, has also reacted to this municipal decision. He has stated that people have been living in mutual respect with each other’s cultures and religions in Samandağ for years. He demands a solution to this issue.

Peoples’ Democratic Party parliamentarian, Tülay Hatimoğlulları, also raised a parliamentary question regarding this matter in 2019. He asserted that the municipality’s decision was in violation of ‘the principle of equality’. The confiscation of the area (reserved for cemetery space) which belonged to the church ignores the rights of the Christian community in the city.

Two earthquakes rock the coast of Sumatra in Indonesia

Two earthquakes rock the coast of Sumatra in Indonesia