Sweden’s Varieties of Democracy Institute (V-Dem) released its annual report on the state of democracy around the world.

The V-Dem Institute, an independent research organisation founded in 2014 by Swedish political scientist Staffan Lindberg, released its annual report on the state of democracy around the world based on a dataset of almost 30 million data points for 202 countries.

Several G20 nations such as Brazil, India, and Turkey are among the top 10 decliners according to the report. Poland takes a dubious first place and three new nations join this group were listed as Benin, Bolivia, and Mauritius.

Denmark, Sweden, Norway, Costa Rica, Switzerland, New Zealand, Finland, Germany, Estonia and the Netherlands have been the top ranking countries in the Liberal Democracy Index whilst “the least democratic” countries in the world included parts of sub-Saharan Africa and the MENA region, as well as China, Russia and Venezuela.

“Turkey is still found in the very top group among the major decliners, closely followed by Brazil and Serbia,” said the V-Dem Institute. 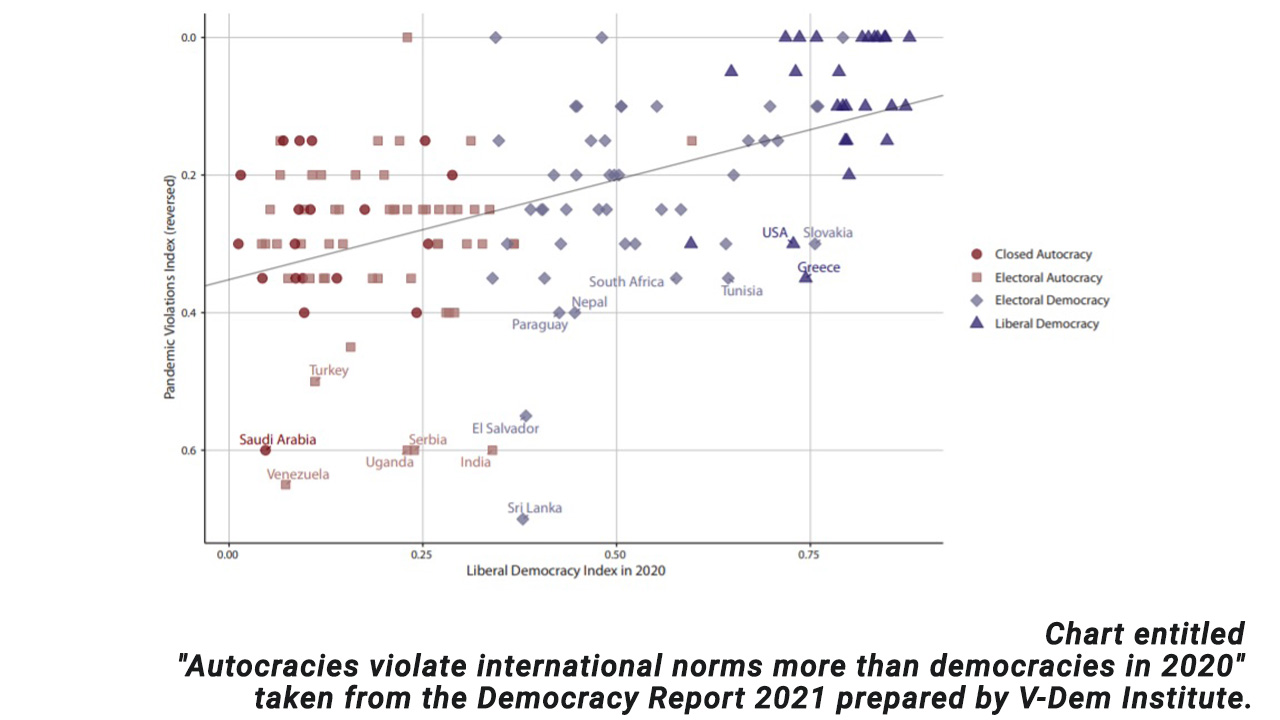 Six of the top-10 decliners became autocracies, the report stated, as similar patterns of autocratisation were defined as “ruling governments first attacking the media and civil society, and polarising societies by disrespecting opponents and spreading false information, only to then undermine formal institutions.”

Defining Turkey, which ranked as the 149th among 179 countries, as an “electoral autocracy”, the Institute said that the Turkish “authorities arrested journalists for their reporting on the pandemic and detained hundreds of citizens for simply discussing the issue on social media.”