65th anniversary of the “pogrom” against ‘non-Muslims’ in Istanbul 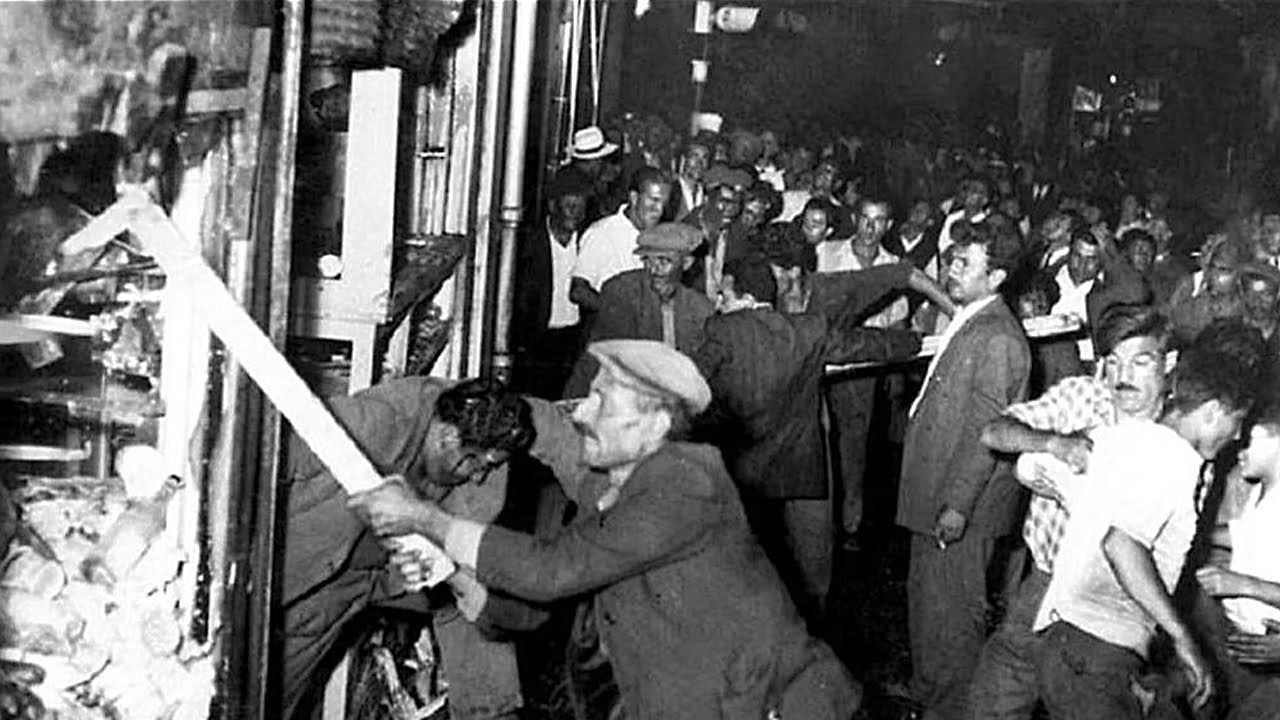 The 6th September marks the 65th anniversary of the “pogrom” that was carried out against non-Muslims in Istanbul, Turkey, in 1955. Over 300 non-Muslim citizens were injured, eleven people were murdered and thousands of ‘non-Muslim’ houses and establishments were looted and destroyed or severely damaged.

The ‘incidents’ began at 13.00 pm on 6 September 1955, after an announcement was made on state radio that Mustafa Kemal’s house in Thessaloniki had been bombed.

Eyewitness reports confirm that the riot started with the targeting of a Greek-owned establishment in Pangaltı. Today, the site is occupied by the Ramada Hotel. In 1955, this was the site of the popular ‘Haylayf’ pastry shop. The pre-planned riot began with the attack on the pastry shop. From here, the attacks spread all over Istanbul and all over the country. 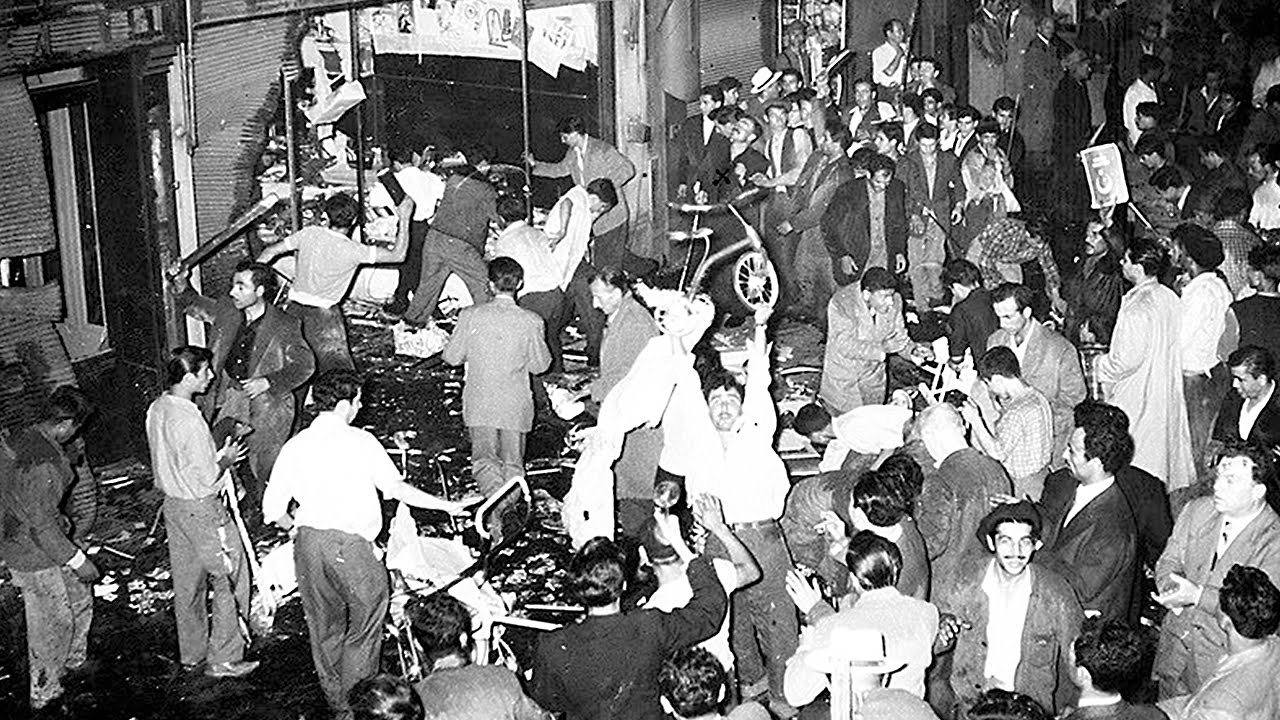 Some of the houses to be attacked had been daubed with the abbreviations “NMR” (‘Non-Muslim Rum’) or the words “Non-Turkish” or “Turk”. The attacks were carried out by ‘unofficially organised’ special-warfare troops. These troops numbered twenty to thirty persons. They provoked the riots by calling on people to attack ‘Rums, Armenians and Jewish’ people.

According to information provided by the investigative journalist and publisher Ragıp Zarakolu, between 300-600 people were injured during the pogrom and between eleven to seventeen people were murdered.

Cemeteries were destroyed and graves were desecrated. Over two hundred women were raped. In total, 5,317 places and facilities were attacked, including 4,214 houses, 1,004 workplaces, 73 churches, one synagogue, two monasteries and 26 schools. 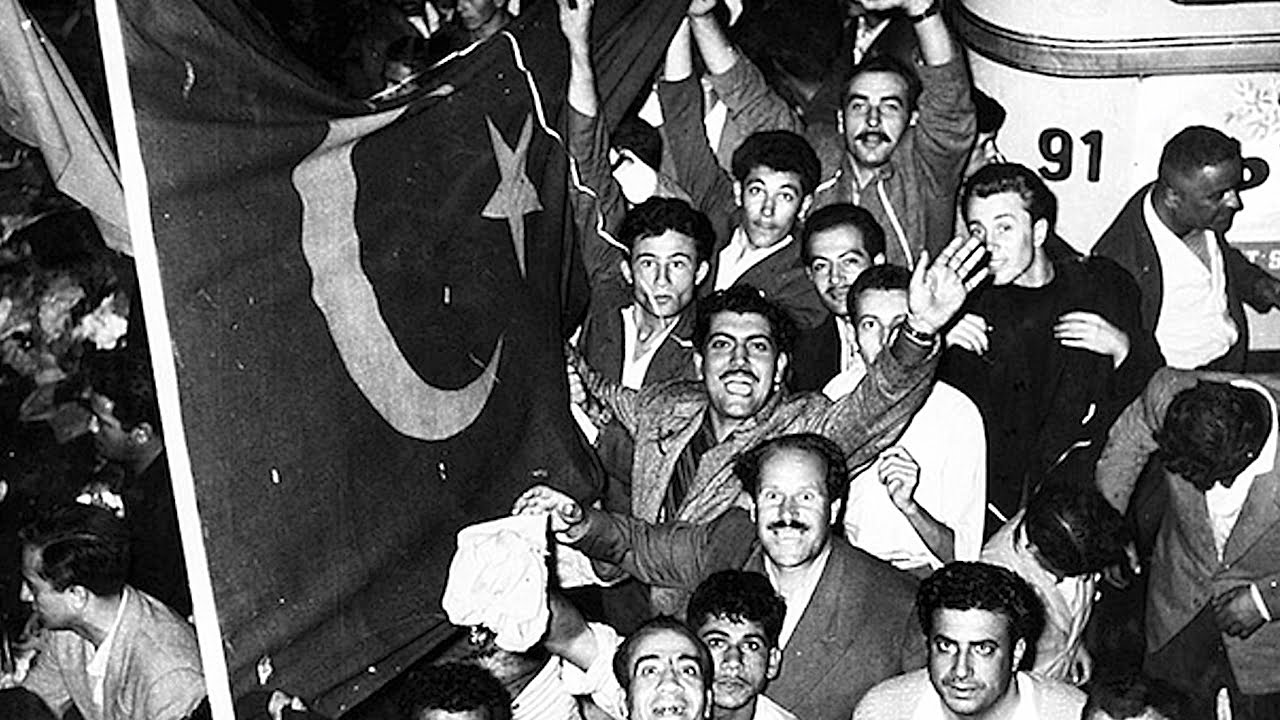 The damage to property was immense and is estimated, using today’s conversion values, to have been between 150 million to one billion Turkish Lira. The Democratic Party led government paid about 60 million Turkish Lira in compensation.

Years later, journalist Fatih Güllapoğlu interviewed retired general Sabri Yirmibeşoğlu about the Istanbul Riots. Yirmibeşoğlu described the attacks in this manner: “It was an excellent ‘special warfare’ operation and it attained its goal”. 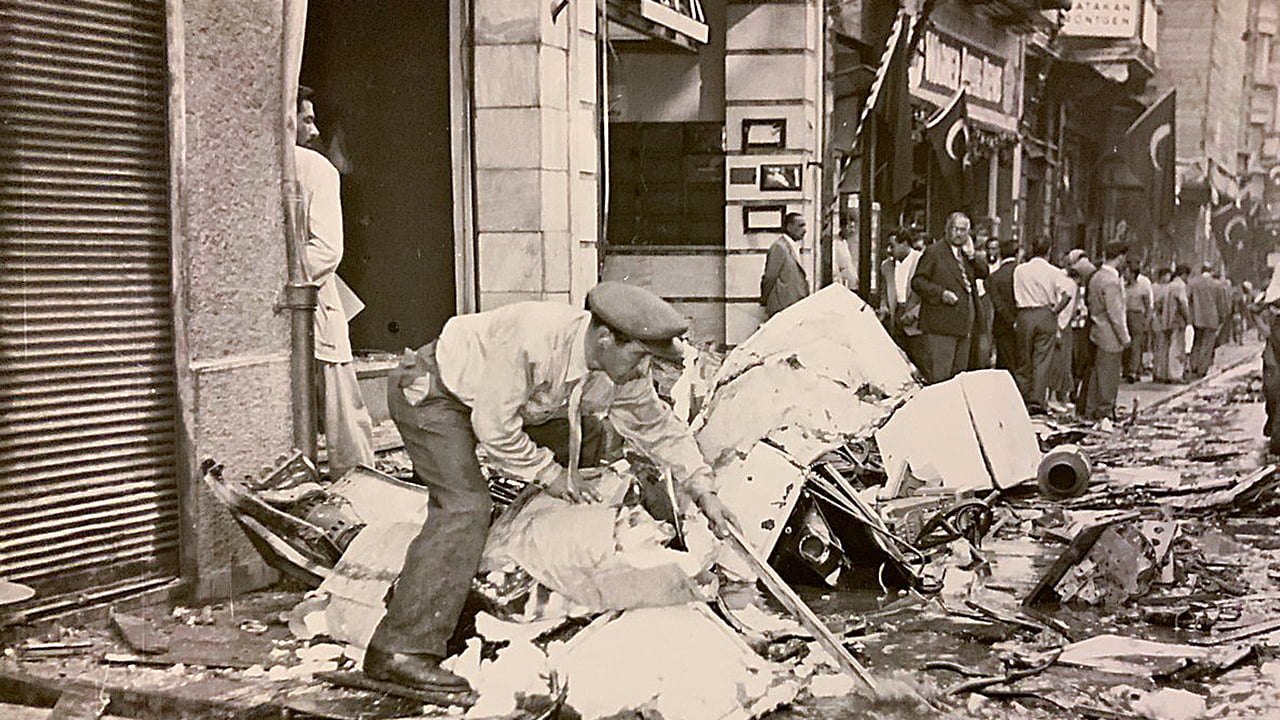 At the time, the Greek authorities announced that the bombings in Thessaloniki were a ‘provocation’ organized by the Turkish state. Oktay Engin, a scholarship student at Thessaloniki’s Faculty of Law and an agent of the National Intelligence Agency (MİT), and Hasan Uçar, a member of staff at the Turkish consulate in Thessaloniki, were arrested with regard to this incident.

After some time in detention, Engin and Uçar were released because of the immunity they held as consular officials. Later on, Engin was appointed to undertake important tasks for MİT and he was to be promoted through administrative levels of the state until he secured the Governorship of Nevşehir in 1992.

When the violence could not be officially contained, Prime Minister Adnan Menderes was recalled from Sapanca and martial law was declared. Reportedly, 3,151 people were initially arrested. This number later increased to 5,104 people.

65th anniversary of the “pogrom” against ‘non-Muslims’ in Istanbul