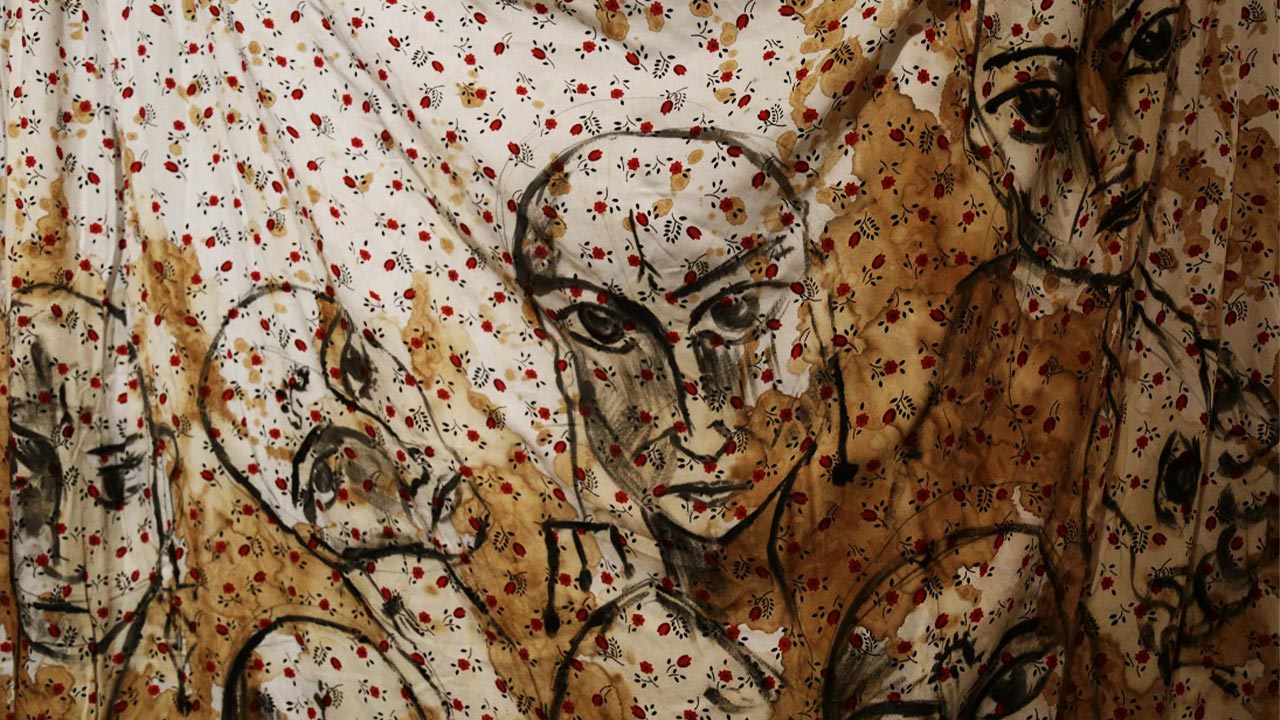 Artist Zehra Doğan’s first solo exhibition in Turkey is entitled “Nehatîye Dîtın/Not Approved”. It will be on display until 9 November 2020 at the Kıraathane İstanbul Edebiyat Evi cultural centre in İstanbul.

M.Wenda Koyuncu and Seval Dakman are the curators of the exhibition which consists of the works that Zehra Doğan created during her imprisonment between 2016-2019, using any material that she could find under prison conditions.

Doğan, one of editors of JinNews, had been detained after being accused of “membership of a terror organization” in 2016 after JinNews was forcibly shut down using a decree law. 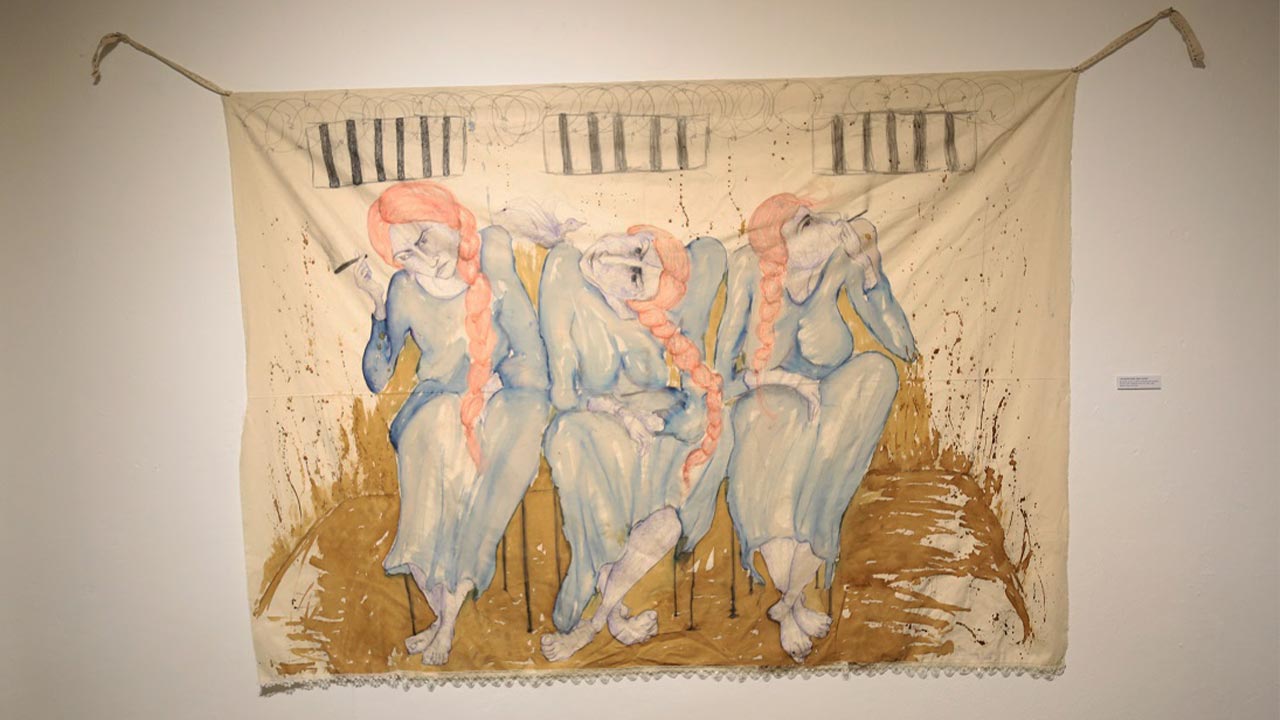 She was arrested after her sentence in 2017 was confirmed and imprisoned in Diyarbakir E-Type Prison. During her imprisonment, the prison administration denied her access to art materials so she was forced to use any material she could gather in prison: her hair and even her menstrual blood. 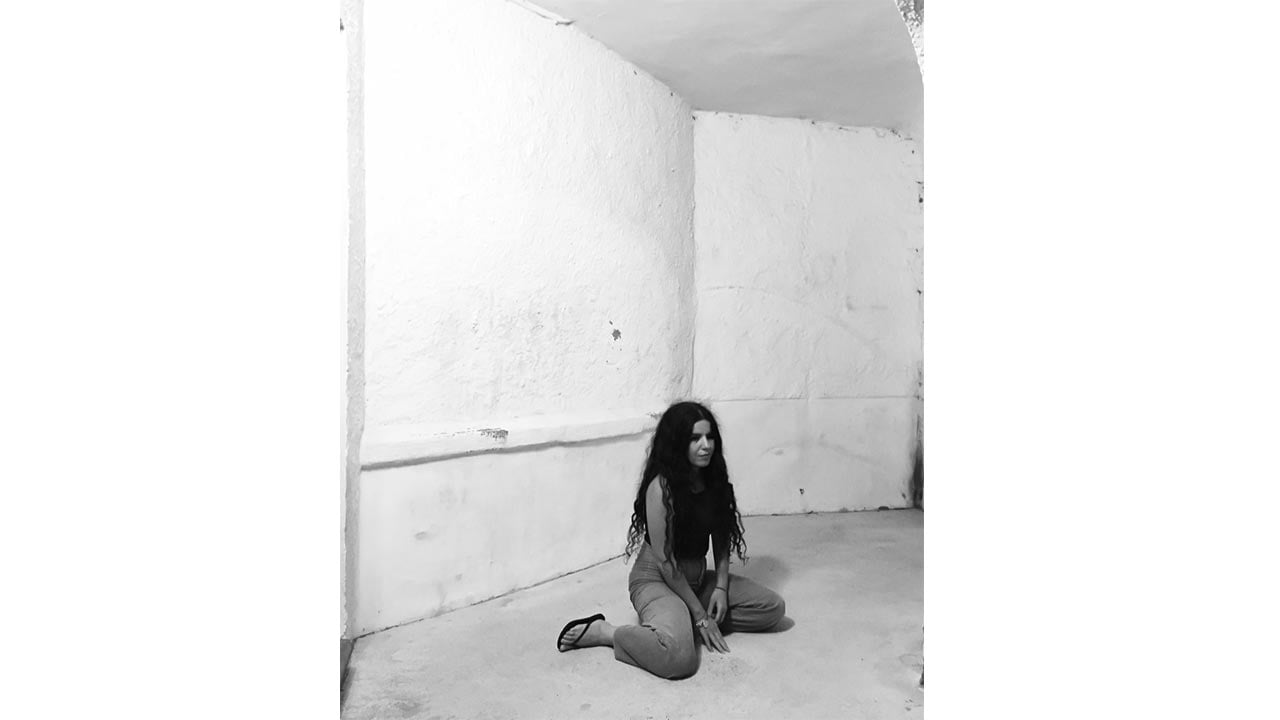 Doğan said: “The materials which my family, my friends and my lawyers sent to me were controlled and described as ‘approved’ by the prison administration” when they were allowed. “My artworks were taken out of prison in a secret way that means they were ‘not approved’. So, the name of the exhibition became: ‘Not Approved’”. 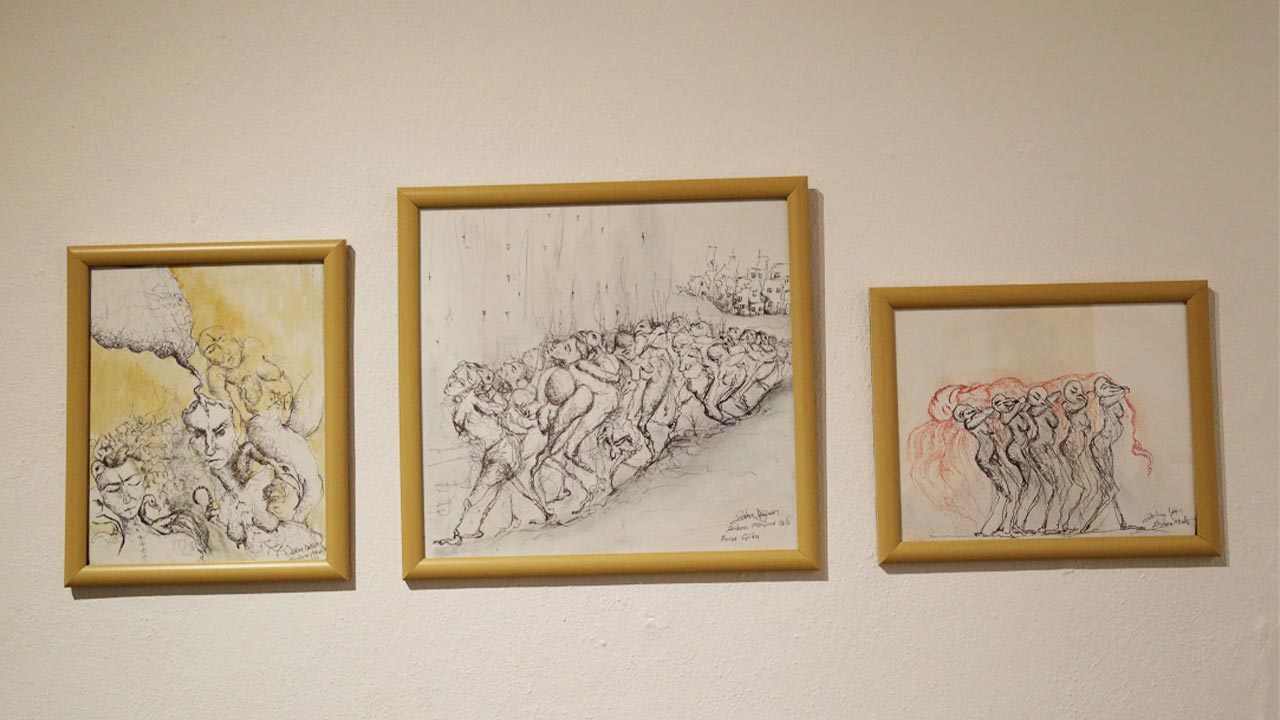 She commented on her first solo exhibition in Turkey: “I think that attending an artist’s exhibition, especially if it is an exhibition by a politicized person, strengthens our solidarity during the conditions of our time. It is too hard for me not to go there. I generally cannot attend my own exhibitions, but on this occasion, it particularly saddens me. Creating borders within borders. When I consider that states exist with borders, it is quite sorrowful. Implementing self-control, self-censorship, is the worst thing and it reflects the current situation we live in. When I talked with the curators Wenda and Seval, it became apparent that I am considered by many as a person who should be kept out. It became apparent that I have been terrorized. That saddens me considerably. I am a political person and that fact manifests itself through my paintings”. The curators speeches at the opening of the exhibition are worth reflecting upon. M.Wenda Koyuncu said: “You already know Zehra Doğan from the press. She is a well-known painter in recent years. The idea of this exhibition was formed in February but it has been on hold until now due to the pandemic. 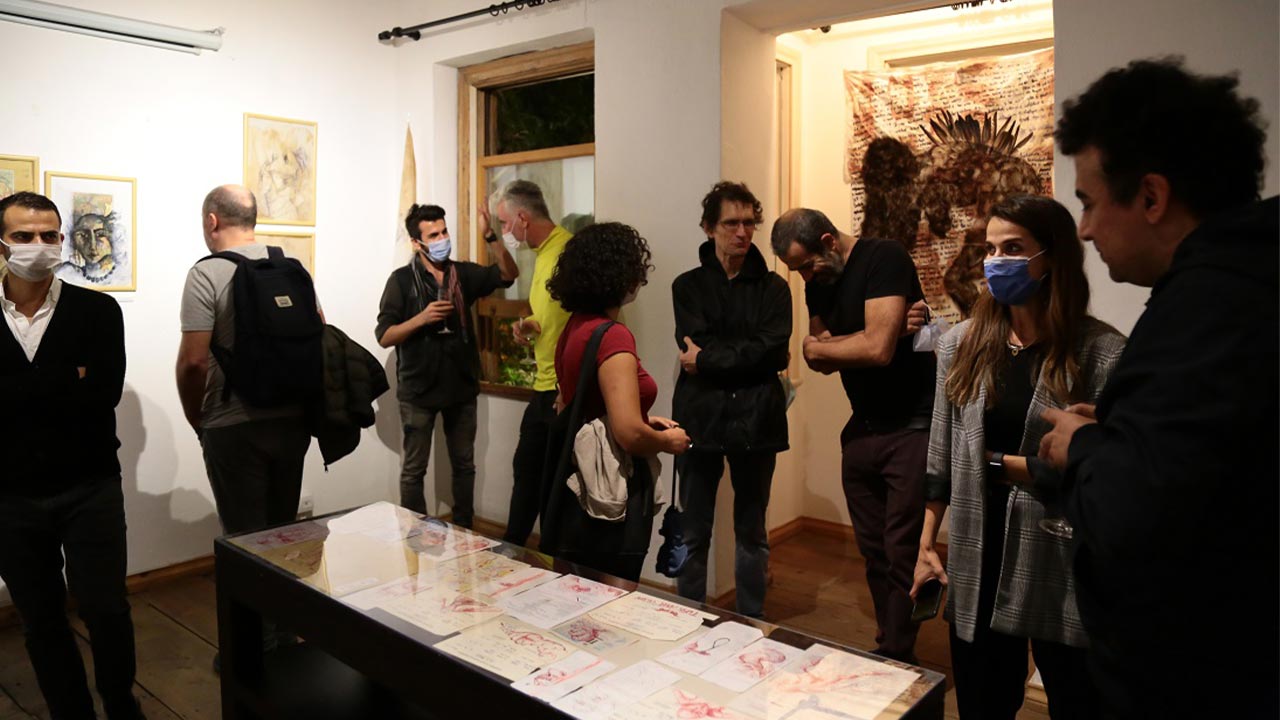 “Doğan is an artist who is widely discussed. She has received positive and negative criticism. No one here has been able to properly consider her art, the colours and designs she uses, but they have just had to relate to political discussions about her. We wanted this exhibition to focus on her works as an artist. The exhibition includes the works that Doğan created when she was in prison. She was imprisoned for three years and she used any material that she could find to turn them into works of art. This exhibition displays those works.

“This exhibition has indicated what an artist can produce and create under restricted conditions. There are several artists who have been imprisoned due to their ideas and work. However, there is also creativity in prison. In addition, there are scientists, artists and journalists in similar situations. I think Zehra Doğan is a symbol of someone who can stand firm, hold out and remain spiritual in our time. I worked with Seval in the exhibition. Thanks to everyone who contributed to this exhibition to make it happen. We aimed to show Doğan’s artist’s identity in Turkey”.

SDF commander Mazloum Abdi: "The reconstruction project of Syria is not possible without us"

SDF commander Mazloum Abdi: "The reconstruction project of Syria is not possible without us"