After the community's long history of denial and oppression by the governments of the region, the Yazidis of North and East Syria are celebrating the traditional Batzmi holiday this year without fear or the need for secrecy.

The Yazidi community in North and East Syria kicked off their traditional Batzmi Festival on Thursday by lighting candles before sunrise and praying to God to protect them. 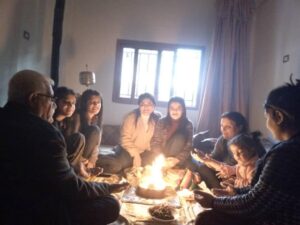 Batzmi is a seven-day long Yazidi holiday that is celebrated by the Yazidi community in North and East Syria among other places in the second week of January, which corresponds to the first day of the Yazidi new year in the Eastern calendar. Different Yazidi communities across the world celebrate on slightly different dates.

Batzmi which is a Kurdish word meaning “frozen”. In the religious sense the Batzmi is celebrated for the creation of angels, the universe and light, and also the Eastern New Year. The seven days of the holiday represent the seven angels.

This festival is celebrated at this time by the Chelkiya (Çêlkan) tribe, which is the oldest tribe of the Yazidi community in the region, and mostly in Turkey’s Kurdish majority southeast cities, North and East Syria and Sinjar (Şengal) region of Iraqi Kurdistan.

After the community’s long history of denial and oppression by the governments of the region, the Yazidis of North and East Syria (NES) are celebrating their Batzmi holiday this year without fear or the need for secrecy. 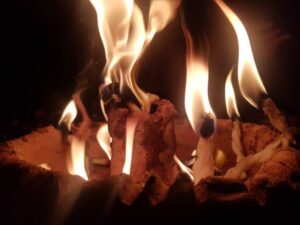 Yazidi festivals are related to nature, and every day of the Batzmi festival has its own rituals including sharing among the community, sacrifice, baking special bread for the holiday, making lanterns from pure white cloth, praying and coming together. Sun and fire play a large role in Yazidi rituals, festivals, and holidays.