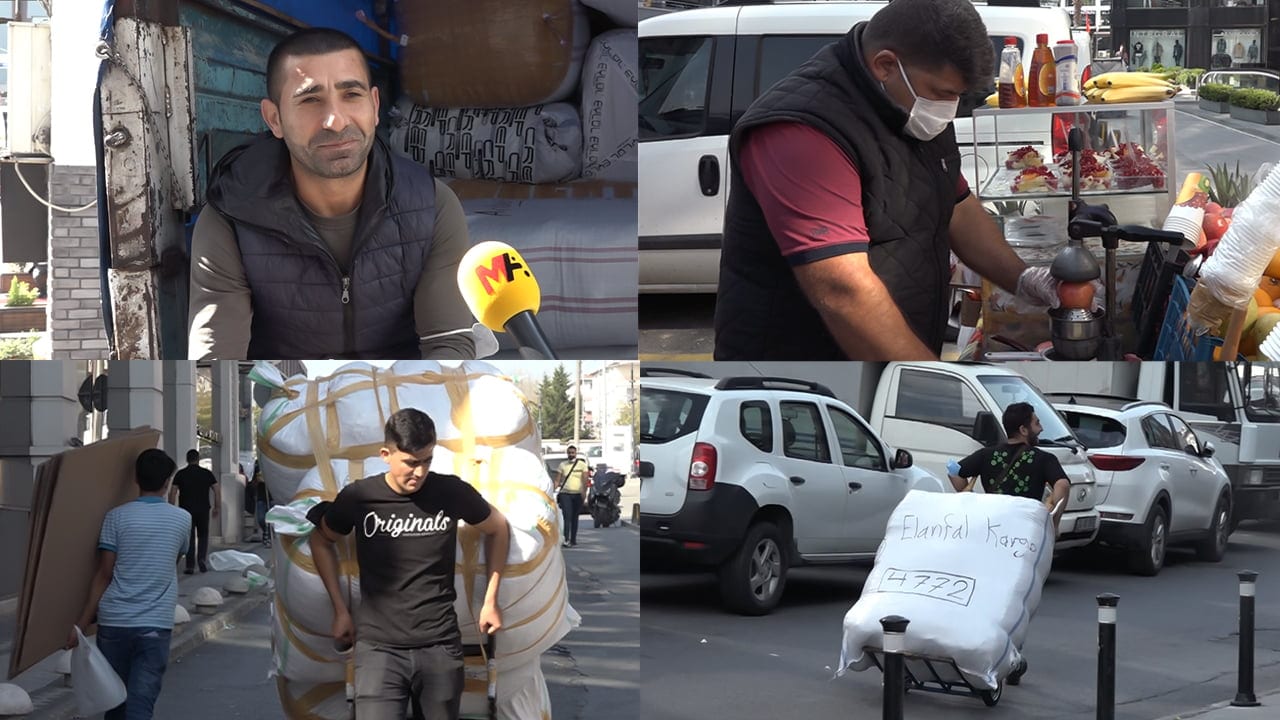 People living in İstanbul are increasingly suffering from the economic crisis in Turkey. They cannot afford even basic essentials and they blame state politics for that.

Şükrü Can is working as a warehouse worker in a company and has a monthly salary of around 3,000 TL. “I can’t meet my needs with this salary”, he says and adds: “I have a wife and a child: we pay 1,150 TL for rent. Kitchen costs, in the worst case, reach 1,000 TL. The bills increase when winter approaches. We need at least 4,000 TL per month. I am in debt every month”.

“Those in charge of managing the economy are responsible for creating this situation. Those who govern us despise the people and the lifestyle of the people. The winners are already gaining in income. Others always think about how to survive until the next day. In this country, the only concern of people is to make a living”, he concludes.

“Our expenses have increased considerably”

Ahmet Kandemir (33) helps to transport and distribute products in a store. He economically supports a family of eight along with his brother. Kandemir is single and is preoccupied with the economic problems they face: “We had an electricity price hike just last week. Our expenses have increased considerably. We have been in Istanbul for about 30 years, we have always been working. We could barely buy an apartment. We work so hard, but for what? I’m single but I don’t want to get married under these conditions of life either”.

Kandemir is critical of the politics governing Turkey’s economy and Turkey’s reliance on imports: “The dollar is above 8 TL now. Many things are imported from abroad. There is nothing we can call ‘our production’. Everything from beans to chickpeas to lentils is brought from abroad. We used to produce them before but we import it now. Since we import in dollars, all the prices increase when the dollar rises”.

Sakettin Eryılmaz, who transports goods, also criticized President Erdoğan for his comment to a citizen in Malatya that: “We cannot bring bread to our homes”.

“You cannot solve things by insulting people”, Eryılmaz comments. “It is necessary to listen to the problem of a person who says ‘I cannot bring bread to my house’. There is nothing as ridiculous as offending a person who says that. This ‘tea issue’ comment by the President has turned into a pasta policy over the past few days. I see it as a policy of aiming to collect votes for the coming elections. It is wrong to give people tea and pasta after putting them in that situation. The important thing is not to put people in this situation”, argues Eryılmaz.

Yaşar Genç (55) has been working as a porter for two years after retiring from the state office. He says that he could earn 20, sometimes 50, sometimes 100 TL per day: “My retirement salary is 1,500 TL per month. I pay rent, bills and kitchen costs. I have children. This salary is not enough for anything, so I work as a porter. Not me, let the state be ashamed about this state of affairs”.