Woman lawyer target of far-right politician after blast in Turkey

A far-right politician tweeted that lawyer Jiyan Tosun, was responsible for the blast in Istanbul on the weekend, causing her and her family to receive death threats, although she was with clients in another part of the city at the time of the blast.

Jiyan Tosun, the daughter of Fehmi Tosun, who was disappeared in custody in 1995, was detained yesterday after the explosion in Istiklal Avenue, Istanbul, based on accusations made against her on social media.

Taşkaya’s tweet targeted Tosun directly, saying “The person who carried out the treacherous attack is a PKK [Kurdistan Workers’ Party] lawyer by the name of Jiyan Tosun”. 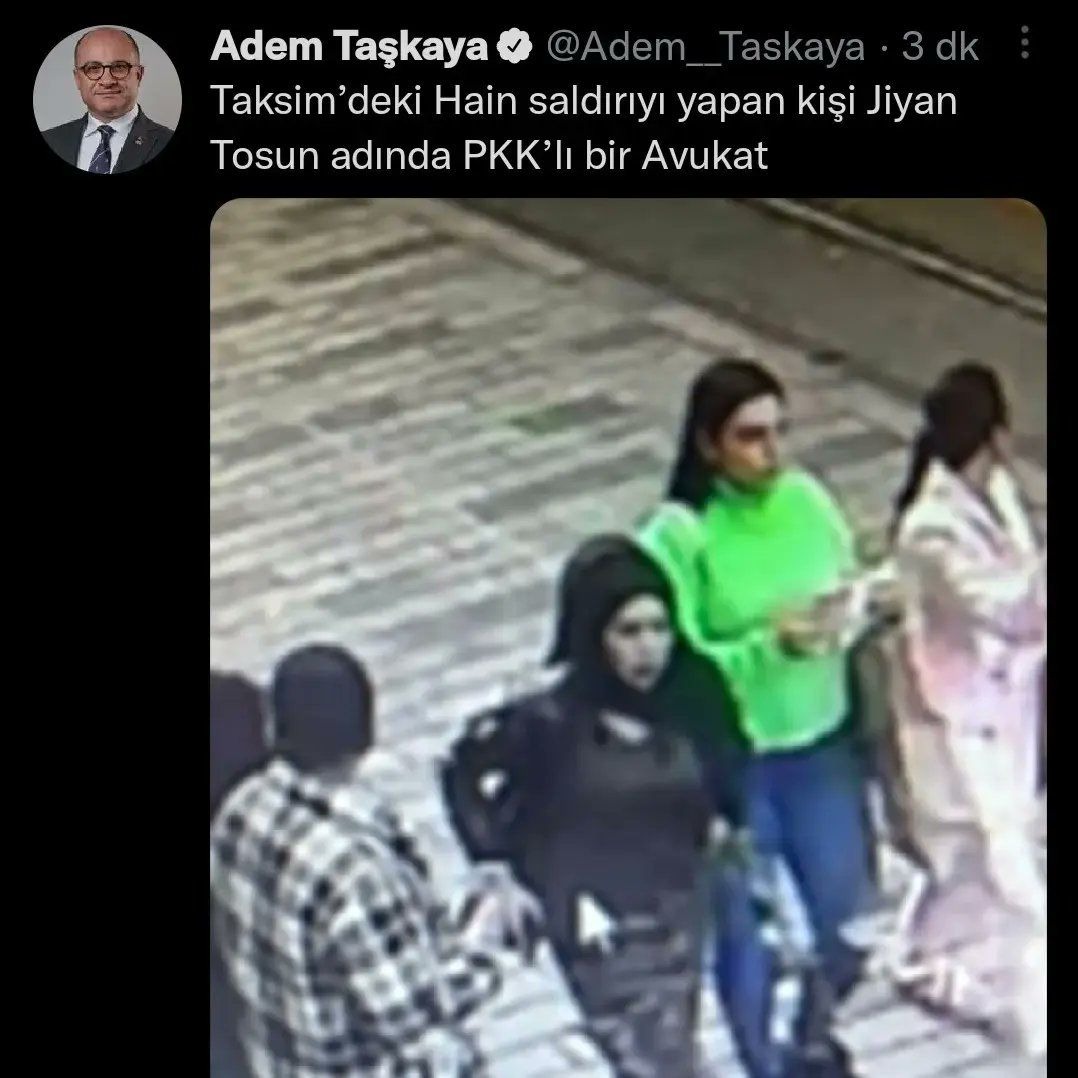 However, it seems that at the time of the explosion, Jiyan Tosun was meeting with clients in another district of Istanbul.

Although Turkish police released Tosun after taking her statement and Ahmet Taşkaya deleted his tweet, she continued to receive death threats over social media after other users reshared the information on Twitter.

Candan Yıldız from T24 spoke to Ahmet Taşkaya regarding the disinformation.

“It was shared in Telegram groups. I shared it too. I deleted it after three minutes. It wasn’t a malevolent post. It’s not an excuse. I wish it hadn’t happened. The legal process is already underway. I will give my statement in reponse to the complaint,” said Taşkaya.

IHD branches in İstanbul, Mersin, Diyarbakır (Amed) and other cities made a public statement regarding the threats against women activists.

Stating that their lives were in danger, Eren Keskin demanded protection against the threats and defined the process as “a state operation”.

“This is a state operation. All of Tosun’s identity details were sent to me many times. Where could they have got these identity details? This is a police operation. The Ministry of Justice is responsible for this. They have to ensure our safety,” Keskin said in their statement.

According to the state-run Anadolu Agency, the perpetrator of the bombing was captured, and the agency indicated that the PKK and Kurdish forces in Syria were behind the explosion.

However, the PKK’s People’s Defence Centre and the Syrian Defence Forces (SDF)’s Commander-in-Chief Mazloum Abdi demied all responsibility, rejecting the allegations against their forces, and expressing their condolences to the families of the victims.