Why is the West whitewashing Turkey’s drone program?

Russia’s invasion of Ukraine has given Turkey’s drone program a public relations boost. But before Ukraine used Turkish Bayraktar TB-2s against the Russian army, they were the Turkish government’s weapon of choice against peaceful Kurdish, Yezidi and Armenian communities who stood in the way of the expansionist ambitions of Erdogan and his allies. Analysts warn that the enthusiastic praise of this weapons system today is a symptom of a larger problem—international support for a militaristic Turkish foreign policy that puts persecuted peoples at risk.

A Record of Destruction

Alleged Turkish drone strikes in Iraq’s Sinjar province have murdered Yezidi community leaders who resisted ISIS’ genocidal attacks in 2014 and terrorized civilians struggling to rebuild their lives. In August 2021, Sinjar Resistance Units (YBS) commander Said Hassan was targeted while on his way to meet with the Iraqi prime minister. In December 2021, Sinjar Democratic Autonomous Assembly (MXDS) co-chair Merwan Bedel was killed while driving through Xanesor with his children, two of whom were injured.

One original dataset found that, between 2017 and 2021, Turkey conducted strikes or surveillance in Sinjar on at least 24 separate days. Three days saw drone surveillance but no strikes. Building on that data, an investigation from the New Statesman found that 60% of Turkish airstrikes and drone strikes in Sinjar caused civilian harm.

At the Makhmour Refugee Camp in Iraqi Kurdistan, where 12,000 Kurdish refugees from Turkey have lived since their villages were destroyed by Turkish security forces in the 1990s, drone strikes also pose a threat. One likely strike in September caused material damage to civilian homes, and a June strike that received international condemnation hit a public park.

In northeast Syria, data from monitor Airwars shows that at least 15 civilians have been killed in alleged Turkish drone strikes in the past 6 months. Nine of the 15, including six members of youth organizations killed while at a backyard gathering in a civilian home, were almost certainly victims of targeted political assassinations—murdered simply for their affiliation with civil institutions close to the Autonomous Administration.

And when Azerbaijan, a key ally of Turkey, attacked Artsakh in 2020, displacing tens of thousands of indigenous Armenians and committing war crimes against those who remained, Turkish drones tilted the military balance in its favor. 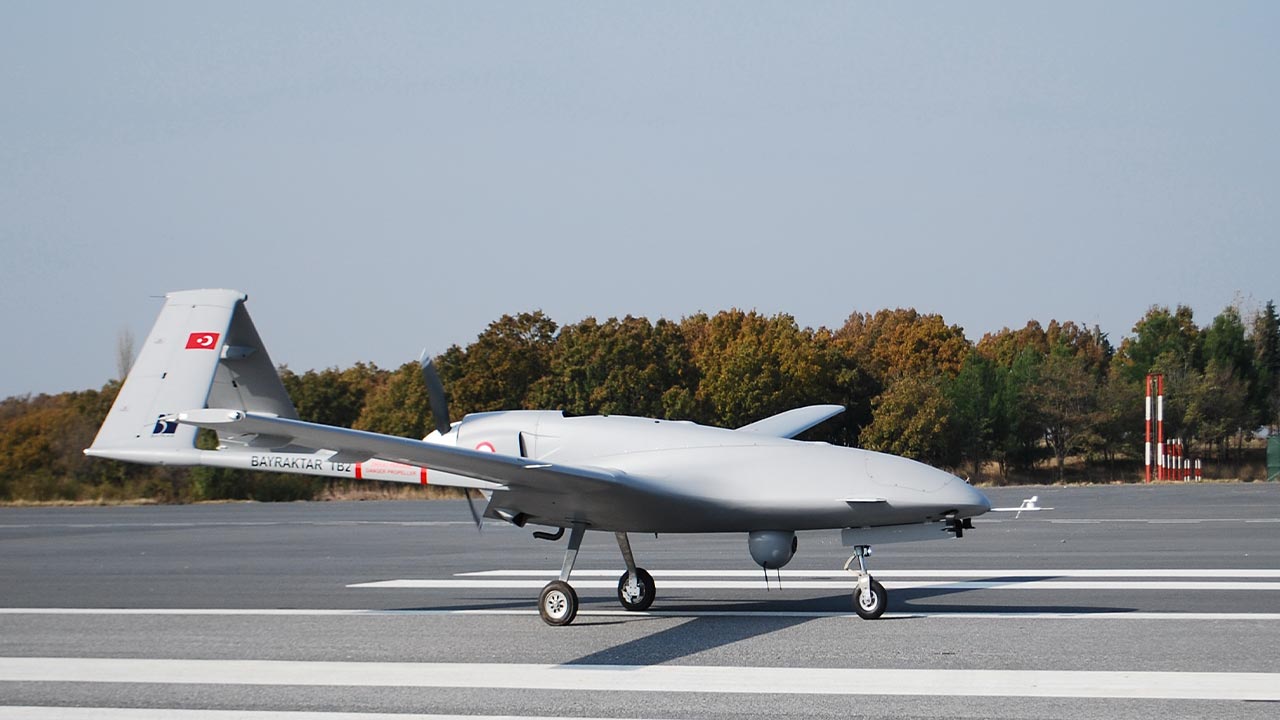 When journalists, analysts and policymakers overlook death and displacement to praise a weapons system tested in conflicts against persecuted ethnic and religious groups across West Asia, what are they really saying?

Alison Tahmizian Meuse, a strategic advisor at DeepStrat consultancy, warns that apologists for Turkish drones are revealing their support for a larger destabilizing project.

“What we must understand from the grotesque cheerleading of Turkish drones in Ukraine is that this is not hypocrisy. Rather, it reveals that the ongoing struggle for the future of this region, while complex, ultimately pits NATO and its interests against Russia and its interests, with very limited wiggle room for states on the fault lines. We must understand that NATO is Turkey and Turkey is NATO, and that Azerbaijan’s 2020 assault on the Republic of Artsakh, which was ultimately against the sovereignty of Armenia, was not at odds with NATO interests — but rather in line with them,” she told Medya News.

Tahmizian Meuse argues that the NATO role in Azerbaijan’s war should “…make clear to Armenians, not to mention Kurds, Cypriots and others, that they are not simply forgotten or the victims of hypocrisy, but rather that they are acceptable collateral damage in the way of NATO interests.”

“Unless they can deftly calibrate their foreign relations — as the UAE, India and other nations have done — they will be the undocumented victims of history’s march.”

Dastan Jasim, a Doctoral Fellow at the German Institute for Global and Area Studies, also sees praise for Turkish drones as a symptom of international complicity.

“Looking at the fact that the inventor of the Bayraktar obtained his Ph.D. in the United States and that the different parts of the drone come from countries like the United States, Canada, Austria, Germany and many more, the Bayraktar TB2 is not only a Turkish but a fundamentally Western success story. Most parts can be exported without problems, the actual weapon is attached later, all parties can claim innocence— and mainstream analysts, journalists and mainstream figures are part of this discourse,” she explained.

Jasim argues that Turkey’s interventionist foreign policy plays Russia and the West off against each other for its own benefit. “Turkey’s war is happening in many regions of the world—in the Balkans, East Africa, in Libya, Cyprus, Artsakh and Kurdistan. They are even involved in Afghanistan. In the conflict between Russia and the West, clearly Turkey is enjoying nonalignment at its perfection, she told Medya News.

“Whatever Turkey does, its military and economic path dependencies with Russia and the West are so strong that they can hardly be held back. Whether it is the war in Syria, maritime security, or the EU war against refugees: Turkey is central everywhere…The whitewashing of the drone program therefore, in my opinion, is the journalistic outcome of a western Turkey discourse that refuses to accept the big mess that they are in—and not only the danger [of future escalation], but the ongoing Turkish escalation that is connected to it.”