The bodies of 48 fighters of the People’s Defence Forces (HPG) and Civil Defence Units (YPS) were discovered to have been hastily buried in unidentified graves in two cemeteries in Turkey’s eastern province of Şırnak (Şirnex), Mesopotamia Agency reports.

The YPS is an armed group that was formed by local Kurds for self-defence purposes in 2015 when the Turkish state declared curfews in eastern and southeastern Turkey. Many Kurdish fighters of the HPG and the YPS lost their lives during the ‘clashes’ with the Turkish armed forces during the 2015 and 2016 curfews in Şırnak’s Cizre and Silopi districts. 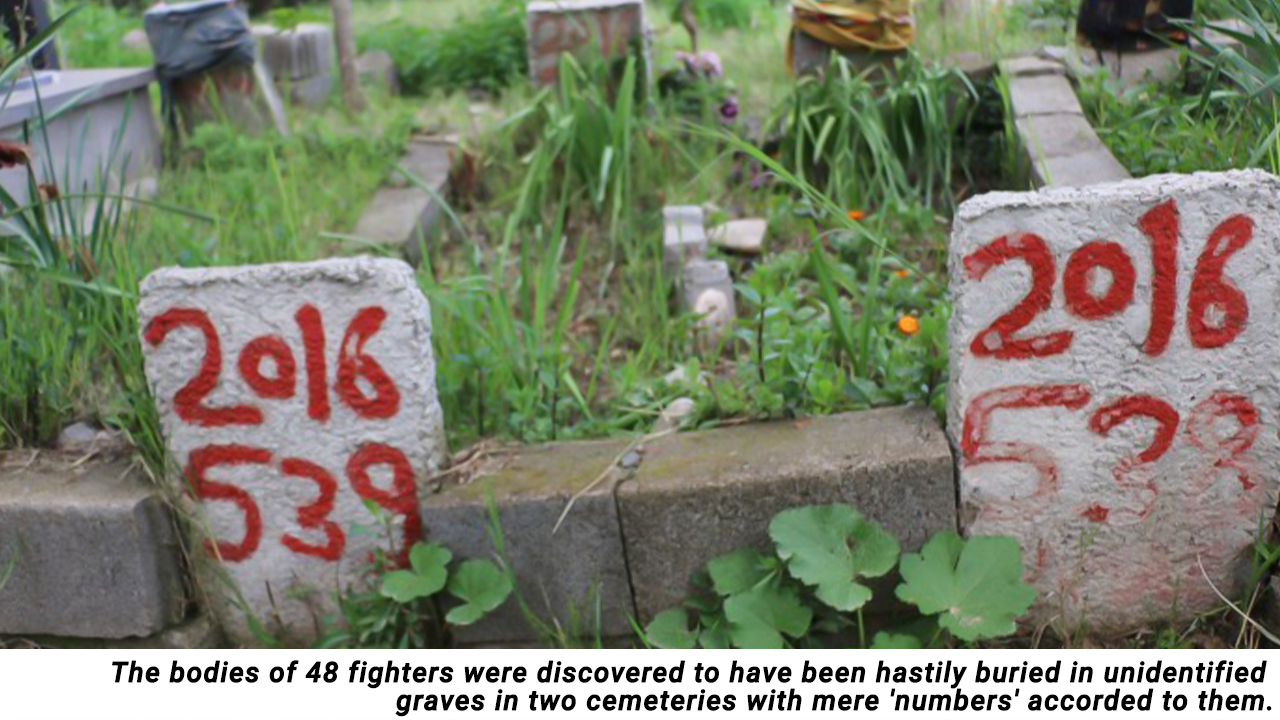 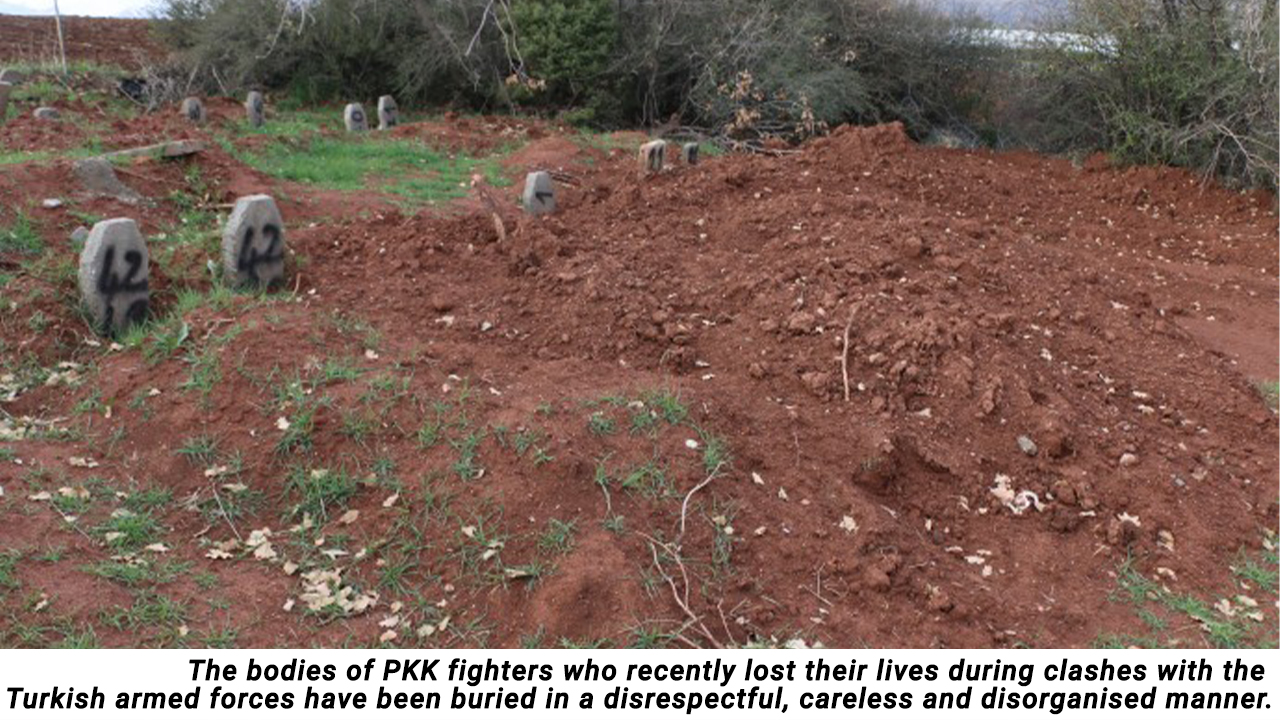 Reportedly, the bodies of the Kurdistan Workers’ Party (PKK) fighters who recently lost their lives during the clashes with the Turkish armed forces have been buried in a disrespectful, careless and disorganised manner. It has prompted some observers to comment that these ‘cemeteries of the fighters’ are reminiscent of people coming across newly uncovered “mass graves”.

A resident, who chose to remain anonymous due to security concerns, told MA that the bodies of the fighters – who had been killed during the recent clashes – were often buried in the cemeteries late at night.

During the curfews in Cizre that were enforced strictly between 14 December 2015 and 2 March 2016, 288 people lost their lives: 177 people died as they were waiting for medical assistance in the basements of demolished buildings, several human rights organisations concluded after fact finding reports were prepared soon after the end of the curfews.

Their bodies were reportedly transferred to other cities and generally, state officials were involved in handling the burial processes. The bodies of fourteen people who lost their lives during the curfews are still missing, according to MA.

Some families have been able to retrieve the bodies of their dead children after DNA testing was used to establish the identitiues of their loved ones. The graves of twelve people, whose bodies remain unidentified, are reported to have been buried in a graveyard in Şırnak’s Yafes neighbourhood.