While new operations by the Turkish military in Iraqi Kurdistan are anticipated to be imminent, the Turkish president Erdoğan and Iraqi Kurdistan prime minister Barzani met in Ankara under a single Turkish flag, and their seating arranged to reflect difference in status.

The flag of Iraqi Kurdistan was not present in the meeting room that was decorated only with the Turkish flag, and the seating was arranged to accentuate Erdoğan’s higher status against others including Masrour Barzani, MA reported. 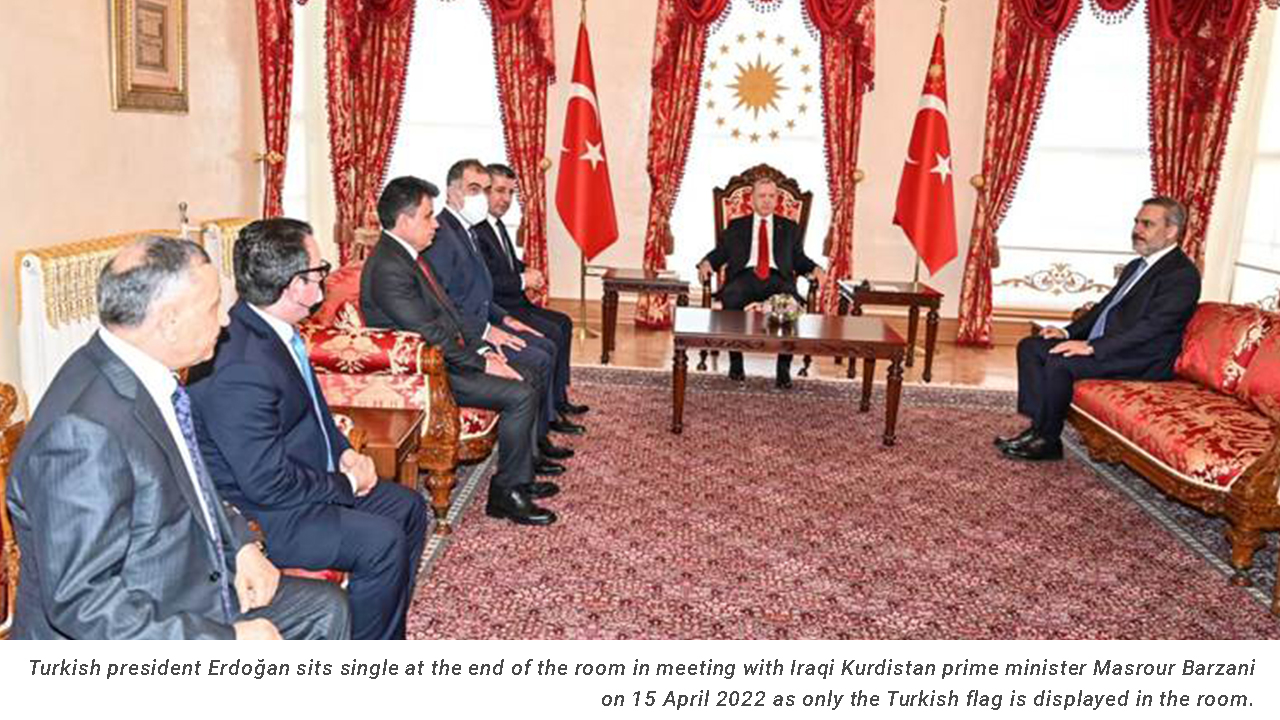 While Erdoğan sat in a single throne-like chair at the end of the room, Hakan Fidan, the head of the Turkish national intelligence agency (MİT), also sat alone, and the Iraqi Kurdistan delegation sat in a row on the opposite side.

The meeting was organised right after Erdoğan’s visit to a military base in Turkey’s Kurdish-majority district of Yüksekova (Gever).

The district is only a few km from the Iraqi Kurdistan border, where Turkish military activities have been ramped up within the last couple of weeks. The recent cross-border troop and armoured vehicle dispatches by Turkey reportedly signal an imminent wave of new attacks against the positions of the Kurdistan Workers’s Party (PKK), while peshmerga units of the Kurdistan Democratic Party (KDP) are expected to provide support for the Turkish military in the attacks.

After the Istanbul meeting, a tweet by the Kurdistan Regional Government said:

“In the meeting, recent developments in Iraq and the wider region were discussed, alongside the strengthening of bilateral ties, with an emphasis on increasing cooperation on security in the region.”