With the Kurdish Question on the agenda at the UK Labour Party 2022 Conference, Medya News interviewed HDP co-chair Hişyar Özsoy about the key proposals put forward by the Kurdish movement to Labour ahead of the 2023 Turkish elections.

The Kurdish question was on the agenda at the 2022 conference for Britain’s Labour Party, with two panels addressing the situation in Kurdistan and a delegation visiting the Liverpool event for bilateral discussions. 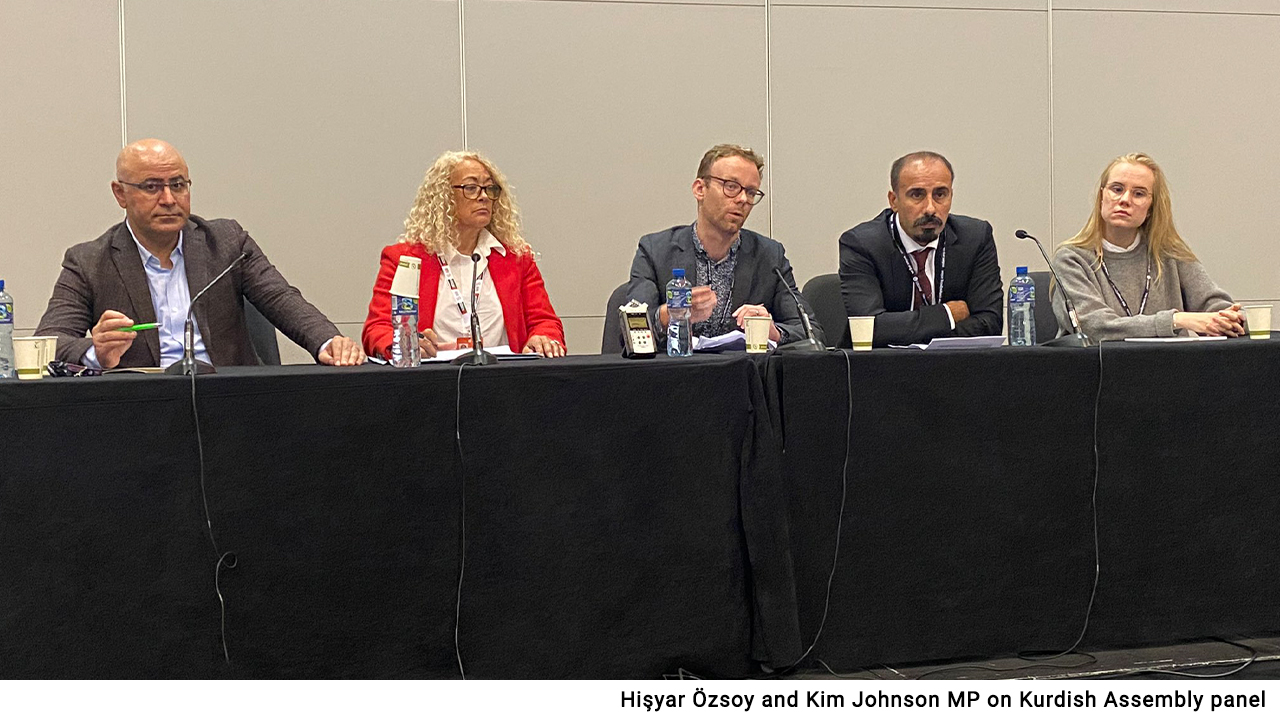 Key topics on the agenda included repression of the HDP by Turkey’s ruling Justice and Development Party (AKP), the Turkish government’s efforts to outright ban the HDP in Turkey’s Constitutional Court, and how the HDP hopes to work with other opposition movements to unseat Turkish President Recep Tayyip Erdoğan in the upcoming 2023 elections.

However, three leading Britain-based organisers in the Kurdish political movement were summarily banned from attending the conference, provoking condemnation from Kim Johnson and other speakers, with the Liverpool MP promising to “demand answers” amid “an increasingly oppressive climate for the Kurdish people”. 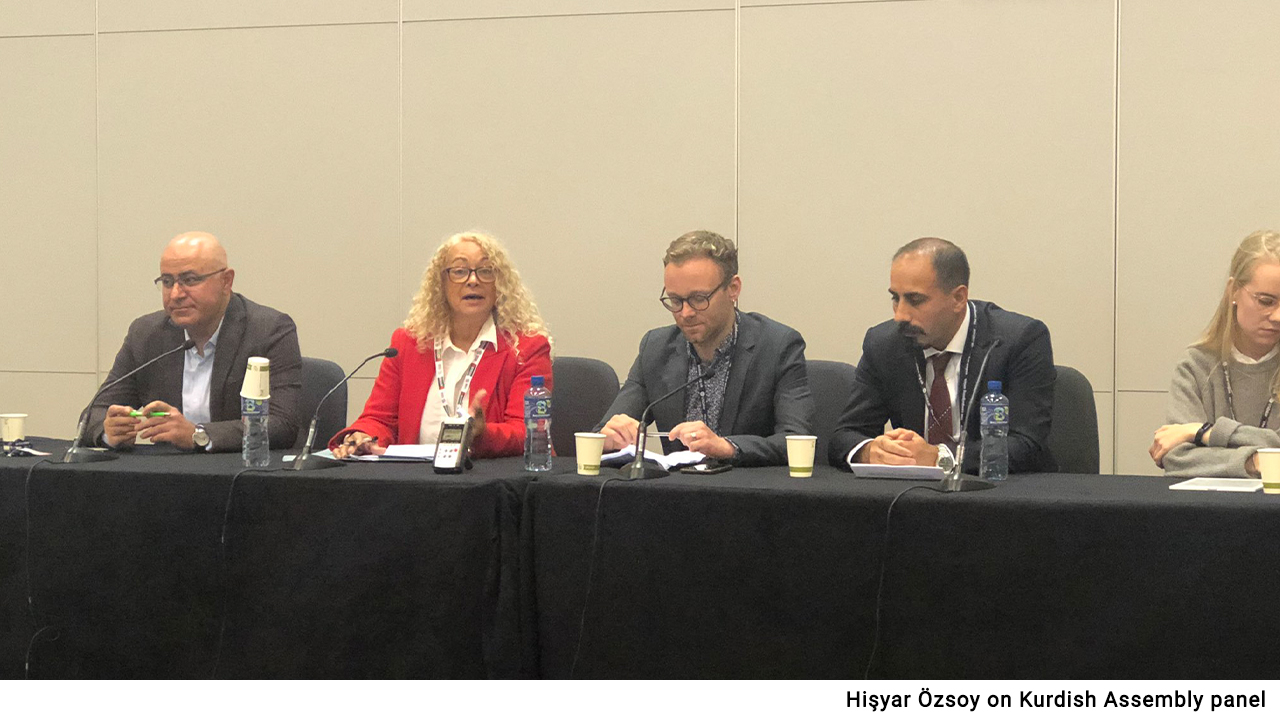 Medya News spoke with HDP’s Özsoy to hear more about how the Kurdish issue was discussed at the conference, what key proposals HDP and the broader Kurdish movement were putting to UK Labour, and how the HDP hoped to work with their sister party ahead of the crucial 2023 elections in Turkey.

What events took place here at Labour Conference, and what was discussed?

This is the first time I myself have joined the conference, but many other HDP representatives have come in previous years. I spoke on two separate panels, on Kurds and the Kurdish struggle in Turkey and the broader Middle East. We exchanged ideas with several Labour MPs and other panellists. I also had the opportunity to meet the Kurdish community here, and people who came from other parts of the world.

I could see a lot of interest in the Kurdish issue, not only in Turkey but also in Syria and in Rojhilat (Iran’s Kurdistan province). We discussed how to increase solidarity with the HDP and other progressive forces in Turkey as we approach the elections because we are expecting much more pressure on the HDP, maybe even the closure of the party. The HDP might be shut down by the Constitutional Court.

In particular, we entertained the idea of having some delegations visiting Turkey to meet with opposition figures in Turkey, because it’s a tough time for almost anybody in the opposition – particularly the HDP and the Kurds. Hopefully there will be delegations from Britain and the Labour Party visiting Ankara and Diyarbakır by the end of the year. 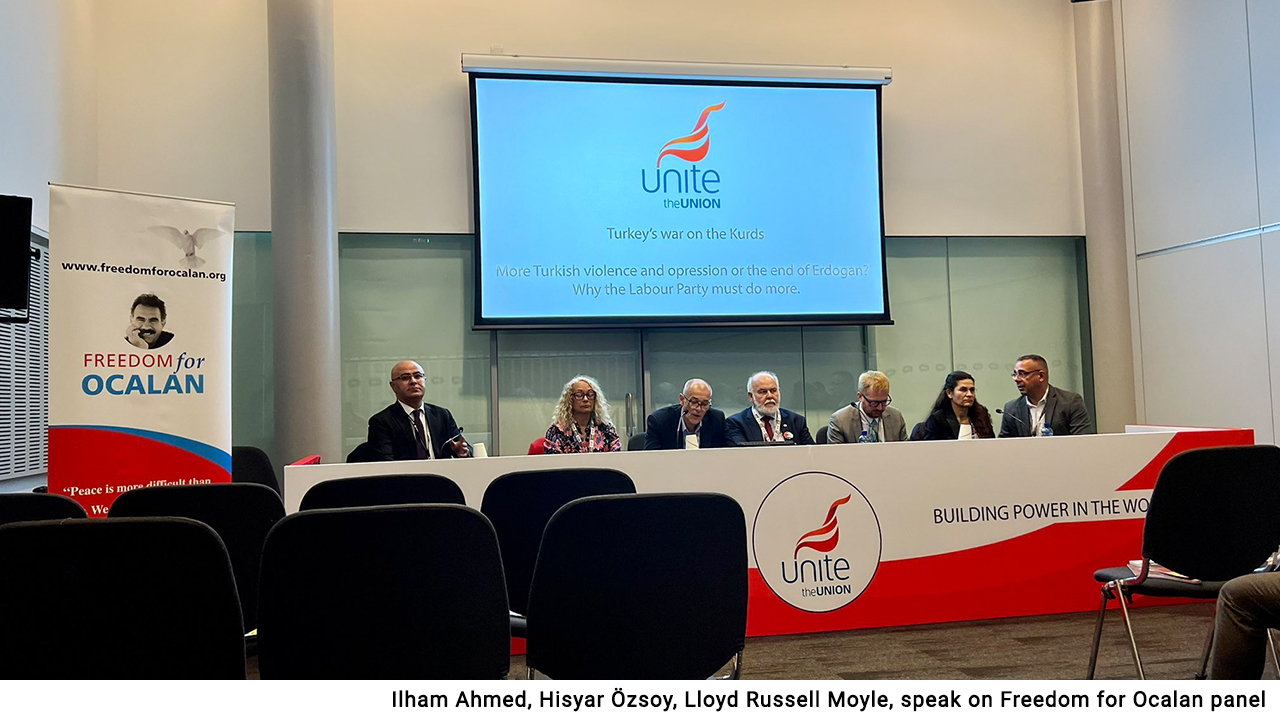 Besides delegations, what other concrete steps do you want UK Labour to take to support the HDP at this crucial time?

First, I think Labour should work closely with the growing Kurdish diaspora in Britain. Second, the UK Labour Party is an important one globally. They must mobilise their own international networks. As I have observed, UK Labour is less internationally-minded now than it was historically. Internal debates are dominating.

But now is the time to highlight the fact that all of our struggles are interrelated. The Labour Party should be more active in transnational platforms, whether this is the Party of European Socialists, the Progressive Alliance, or the Socialist International. We don’t see much engagement at present. And of course, they need to get prepared for election observation missions as well.

Of course, we are going to fight our battles. We don’t expect any other political force to come and save us. But given that the playing field for political access in Turkey is very uneven, and how the government uses all its resources against the opposition, foreign governments should at least stay neutral. Forget supporting the opposition, just stop supporting Erdoğan, and maybe this will be enough for us to defeat him.

If HDP were to be shut down, what would be the next steps from your side?

Short-term, it would complicate things for us – you need a political party to enter the elections. But we have already made preparations in case HDP is shut down. One way or another, I promise you, we will enter the Turkish Parliament!

Mid- and long-term, banning HDP is useless. Six predecessor parties have been banned, and in each case Turkey has been convicted of violating the rights of multiple politicians, and each time we just grow bigger. This is not going to stop us. HDP is not a shop or a restaurant you can just shut down – we are a very powerful political movement made up of multiple peoples.

We will be one of the key actors even if we are politically banned. We Kurds are politically active, because politics is a mode of survival for us – it’s not just that we love to engage in politics! One way or another, we will survive.

People on the progressive wing of politics tend to be romantic. But in addition to moral and ethical appeals over the Kurds being repressed and attacked, Britain must work with those forces seeking to transform Turkey into a democratic country.

A democratic and stable Turkey is the best solution for security concerns in Europe. Some European leaders think they need to bargain with authoritarian leaders and dictators like Erdoğan to achieve a secure Europe. Rather, we need to transform Turkey into a democratic country where basic legal and political institutions function, even at their minimum level.

Such a Turkey would be a great asset to European countries. It’s an illusion to think Europe can be safe when bargaining with authoritarian leaders. Right-wing populist leaders everywhere pose a great threat to European safety and security.

As we get close to these decisive elections in 2023, it’s really about the future of Turkey, and within that the future of Kurdish people, their status, and their rights. Given Turkey’s central geopolitical location, and status as a mediator country for Europe’s problems from migration to security to NATO, democratising Turkey’s political system will have positive consequences for Europe.

As we approach the elections, all European people need to see the fight against Erdoğan as their own fight. We need more solidarity, and people to work for us in their own communities. But our hope and promise is that we are going to prevail.