The history of the modern Turkish state is bathed in blood – so deeply bathed that this article could well have been titled ‘Turkey’s other other pogrom’. This week marks the anniversary not of the genocide of around a million Armenian Christians during the dying days of the Ottoman Empire, nor indeed of the Greek Genocide of 1913-1922 which saw hundreds of thousands of Greek residents slaughtered and many more driven from their homes.

These crimes were instigated by the ancien régime of the Ottomans, albeit that the latter massacres and deportations continued under Mustafa Kemal Ataturk, and the Turkish state has consistently denied both genocides. But the same virulently nationalist sentiment underpinned the new Turkish Republic, and anti-Armenian, anti-Kurdish and anti-Greek violence has recurred without cease ever since, giving the lie to the new state’s claimed egalitarianism.

In September 1955, hellenophobic violence burst onto the streets of Istanbul, still home to a sizeable Greek minority. Hundreds of Greeks were raped in the streets of the city, and scores were skilled, while thousands of businesses, homes and churches were burned. Some estimates indicate $500,000,000 of damage to property, adjusted for inflation. 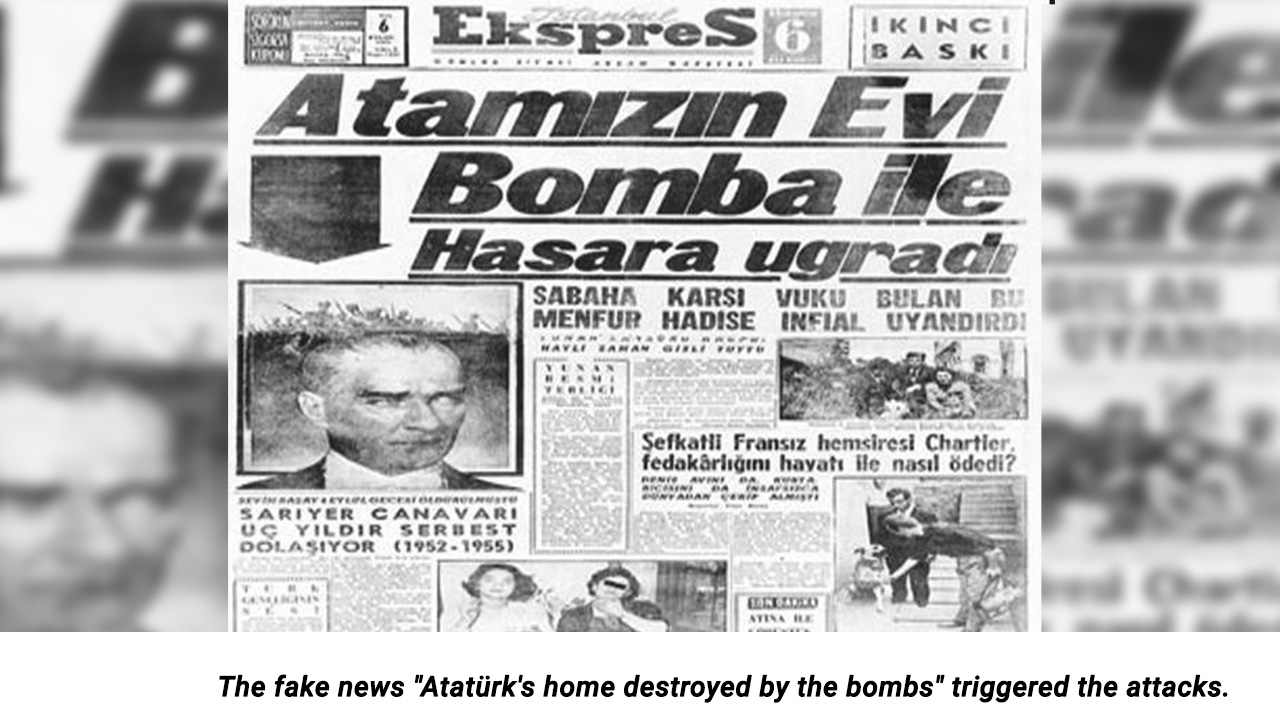 The violence was not random, but sanctioned by the governing Democratic Party and excuted by agents bussed into the city for that purpose. The mob assembled from surrounding regions is estimated to have numbered some 300,000. Thousands of taxis were requisitioned to bus them around the city. According to a historian who has studied the massacre, “it can be characterized as a ‘crime against humanity,’ comparable in scope to the November 1938 Kristallnacht in Germany, perpetrated by the Nazi authorities against Jewish civilians.” Indeed, those few Jews and Armenians who still remained in the city were also targeted during the violence.

Following the 1913-1922 Greek Genocide, the large majority of the country’s Greek population was killed or expelled, including as part of brutally administered forcible population exchanges – in which, it must be added, the Greek authorities were far from blameless. Over a hundred thousand Greeks did remain in the country thereafter, but reports indicate that the Greek population of Turkey declined tenfold in the half-century that followed, their exodus precipitated by violence like the Istanbul pogrom and an ongoing political programme of Turkification. 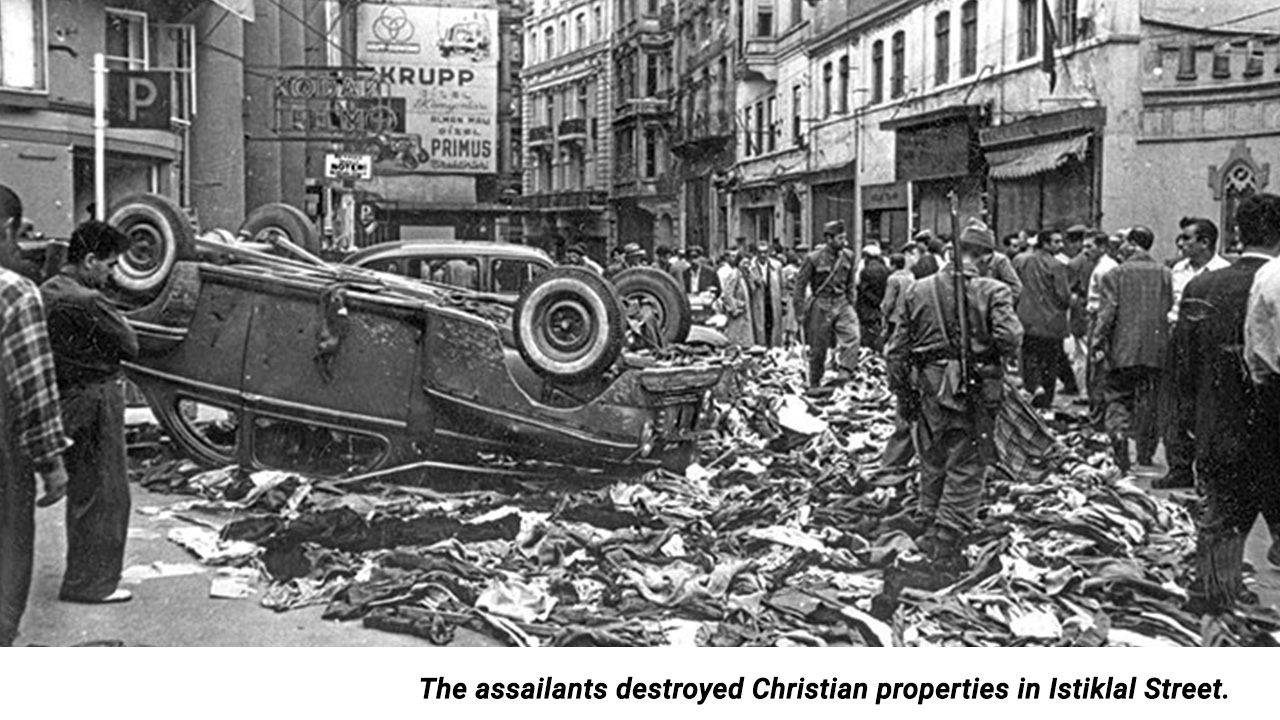 These days, there are no more than a few thousand Greeks living in a territory where they once formed a proud and active minority. But this near-total obliteration of the minority does not mean that the hellenephobic sentiments of the Turkish public have been sated. Rather, the Erdoğan government continues to pursue an anti-Greek agenda, relying on nationalist sentiment to foster support for expansionist policies in the Aegean and vice versa, the one fuelling the other in a vicious circle.

The ongoing dispute between the two states worsened once again this week, with President Erdoğan issuing thinly-veiled threats against Turkey’s neighbour and nominal NATO ally. Turkey could “come all of a sudden one night”, the Turkish autocrat said, prompting a angry response from Athens.

Memories of Turkish violence against Greek communities are of course fresher than 1955, with violence in the past few decades centred around the Turkish invasion and subsequent partition of Cyprus. But the events of 1955 remind us just what it means when the Turkish state relies on its virulently nationalist base to foster domestic support. The phrase is similar to language Erdoğan has used when threatening military action against Kurdish regions of Syria and Iraq, with the subsequent death of hundreds and displacement of hundreds of thousands of civilians.

A ground invasion of Greek territory of course remains a distant prospect. But we can expect, at the very least, a worsening of rhetoric ahead of the 2023 general elections, as Erdoğan stokes up chauvinism and xenophobia in a bid to cling to power. In 2005, an exhibition covering the pogrom was attacked by Turkish nationalists, as part of a broader culture of denialism and refusal to engage with the realities of Turkey’s past. A sincere reckoning with the past is necessary in order to build a democratic future in a truly secular, egalitarian Turkey.