Turkey's ruling Justice and Development Party (AKP) seeks to criminalise the very act of seeking justice for the Şenyaşars, main opposition leader Kemal Kılıçdaroğlu said. The Kurdish family had lost several members in an altercation with an AKP deputy four years ago.

The Şenyaşars were targeted in the family shop they ran in the southeastern Şanlıurfa (Riha) province ahead of the 2018 presidential elections, when a discussion with AKP deputy İbrahim Halil Yıldız’s family members devolved into a shootout. One family member lost his life on site, while two others were killed in a second attack in the emergency room of the hospital they were taken to for treatment.

In the incident, the step brother of the MP was also killed by a bullet that was fired from an unidentified gun. Following the deaths, son Fadıl Şenyaşar was arrested. The family believes the investigation did not cover the deputy’s side as thoroughly.

Emine Şenyaşar has been holding silent vigils to demand justice for her husband and two sons, for the targeting of her famiy, and lack of services for the family.

“Some guys kill her two sons and husband, and it is now becoming criminal to advocate for the Şenyaşar family, of this mother. Do we deserve such a Turkey, by Allah? Is this the Turkey we long for?” asked Kılıçdaroğlu, speaking to his party during the weekly parliamentary group meeting.

Kılıçdaroğlu cited several other examples of rights violations, ranging from small children with both parents behind bars, to the problems of farmers and university students.

“All the rivers of the world cannot quench a thirst for justice,” he quoted from the Iranian poet Sadi-i Shirazi.

Last December, Kılıçdaroğlu had visited Emine Şenyaşar on one of her vigils. 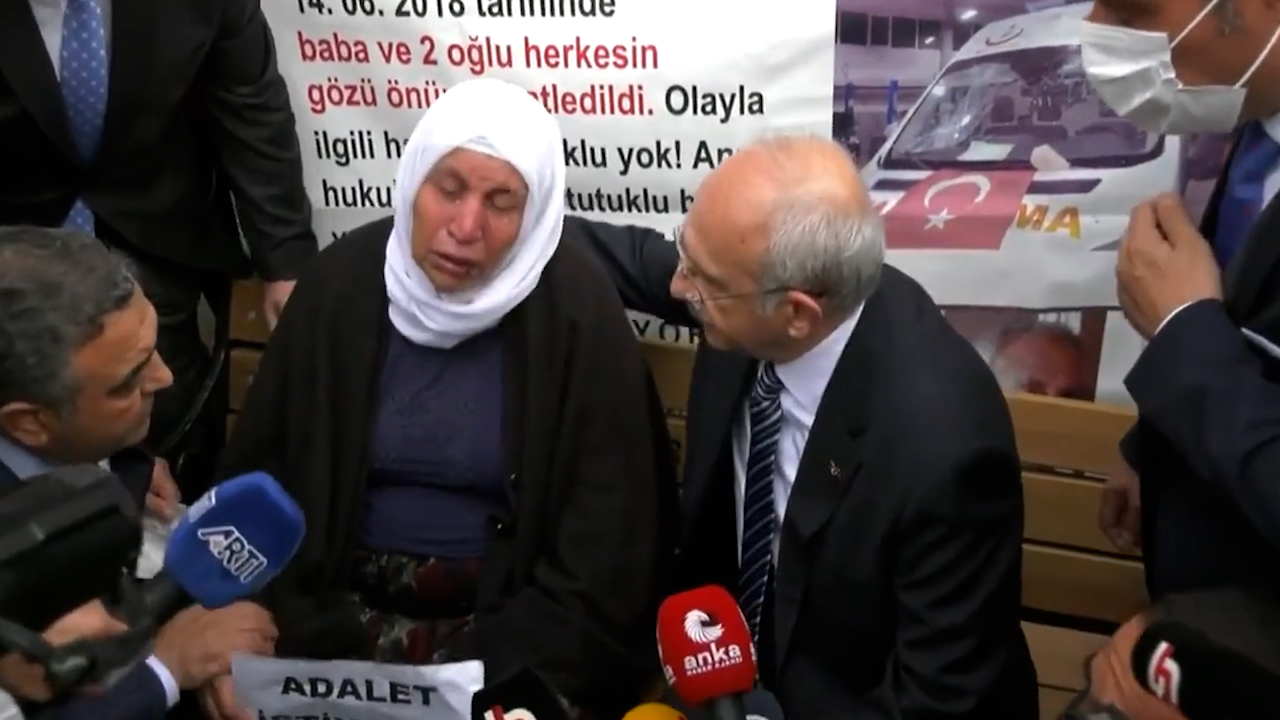