The recently launched Turkish military operation in the Kurdistan Region of Iraq is eliciting growing high-level reactions which remain widely unreported in the Western media, in parallel with the Turkish media, as does the offensive itself.

The General Secretary of the Arab League Ahmed Aboul Gheit condemned Turkey’s newly launched military operation in northern Iraq on Tuesday, while Iraq’s Ministry of Foreign Affairs summoned the Turkish ambassador and handed him a “strongly worded” diplomatic note on the same day.

The Arab League issued a statement published on their official website in which it was stated that “The Secretary General of the Arab League, Ahmed Aboul Gheit, condemned the attacks carried out by Turkey as part of the military operation it launched on 18 April in Northern Iraq,” adding that such military operations increased tensions between Ankara and Baghdad, and calling on Turkey to stop such actions and to respect the national sovereignty of Iraq. 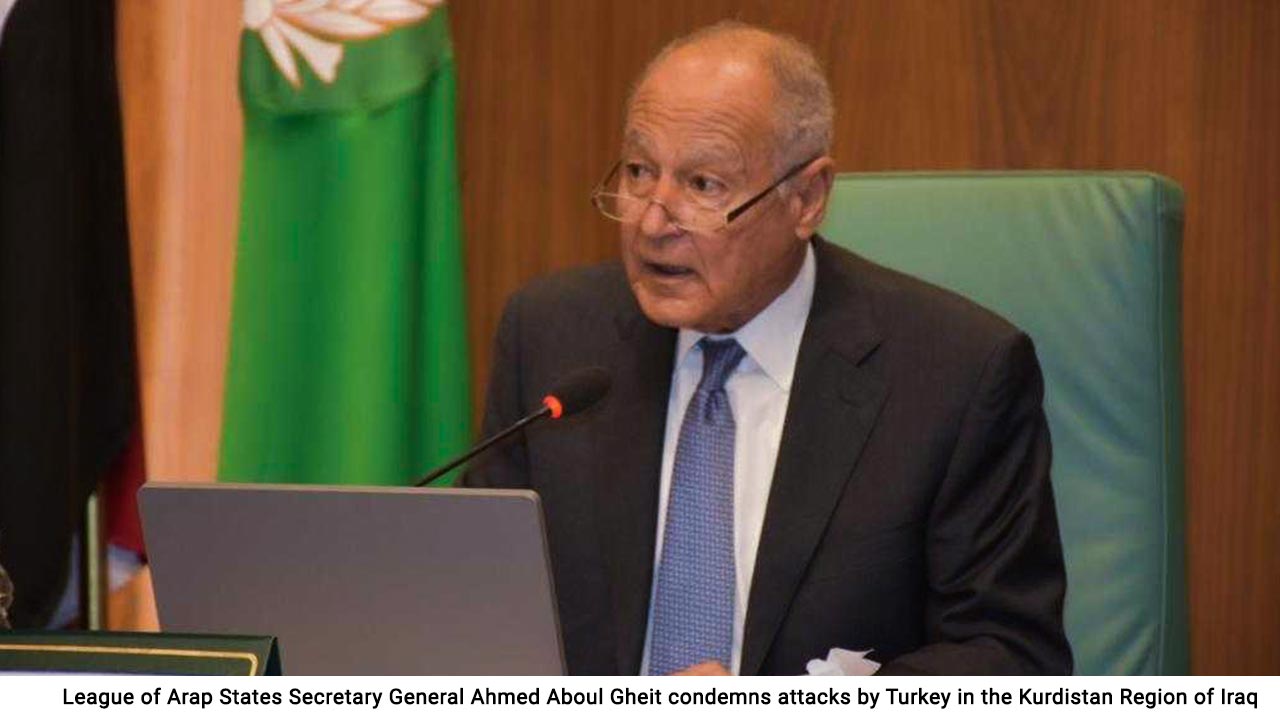 The Iraqi foreign ministry on the other hand, summoned Ali Riza Güney, the Turkish ambassador to Iraq, and handed a “strongly worded” diplomatic note calling on Ankara to end its “provocative acts and unacceptable violations”, also on Tuesday.

A statement from the Ministry said that the Turkish ambassador to Iraq was summoned in order to discuss “the continuing violations of the Turkish army, including the recent large-scale military operation which extended across the areas of Metina, Zap, Avashin, and Basyan.”

“Iraq considers this act a violation of its sovereignty and international laws; it also violates the principle of neighbourliness.”

“Iraq has the legal right to take the necessary and appropriate measures … in the face of such hostile and unilateral acts, which are taking place without coordination with the Iraqi government.”

The statement also renewed calls made for the withdrawal of Turkish forces from Iraqi land.