Turkey’s fateful elections and the Kurds

Presidential and parliamentary elections will be held in Turkey in 2023, by May or June at the latest. These elections are regarded by all as the most important elections in Turkey’s history. The outcome of the elections will either ensure the continuation of the existing dictatorial regime, possibly for many years to come, or it will draw a line under it. The election will be a race between those who support democracy and those who are opposed to it. Its outcome will also either untangle the knot of problems at the root of the Kurdish question, or ensure that it cannot be untangled.

So why are these elections, held regularly every four years, so important this time?

President Recep Tayyip Erdoğan’s Justice and Development Party (AKP) has been in power since 2002. In its first ten years, it followed relatively moderate policies according to Turkish standards. It formed alliances to eliminate its political rivals and it displayed a proactive attitude to international relations, particularly with the EU. It never renounced the policy of war as the solution to the Kurdish question, but it did initiate occasional ‘solution processes’, albeit with the aim of stringing the Kurds along as it prepared for further attacks.

It strengthened its power in 2015 by forming an alliance with the fascist National Movement Party (MHP). Since then it has established its dominance with a fascist mindset, turned the Kurdish lands into lakes of blood and ostracised all elements of society different from itself. With its clarion call of, ‘Waging war on the Kurds’, it has gathered all racist and fascist structures behind it, securing its regime on a basis of Turkishness and Islam. 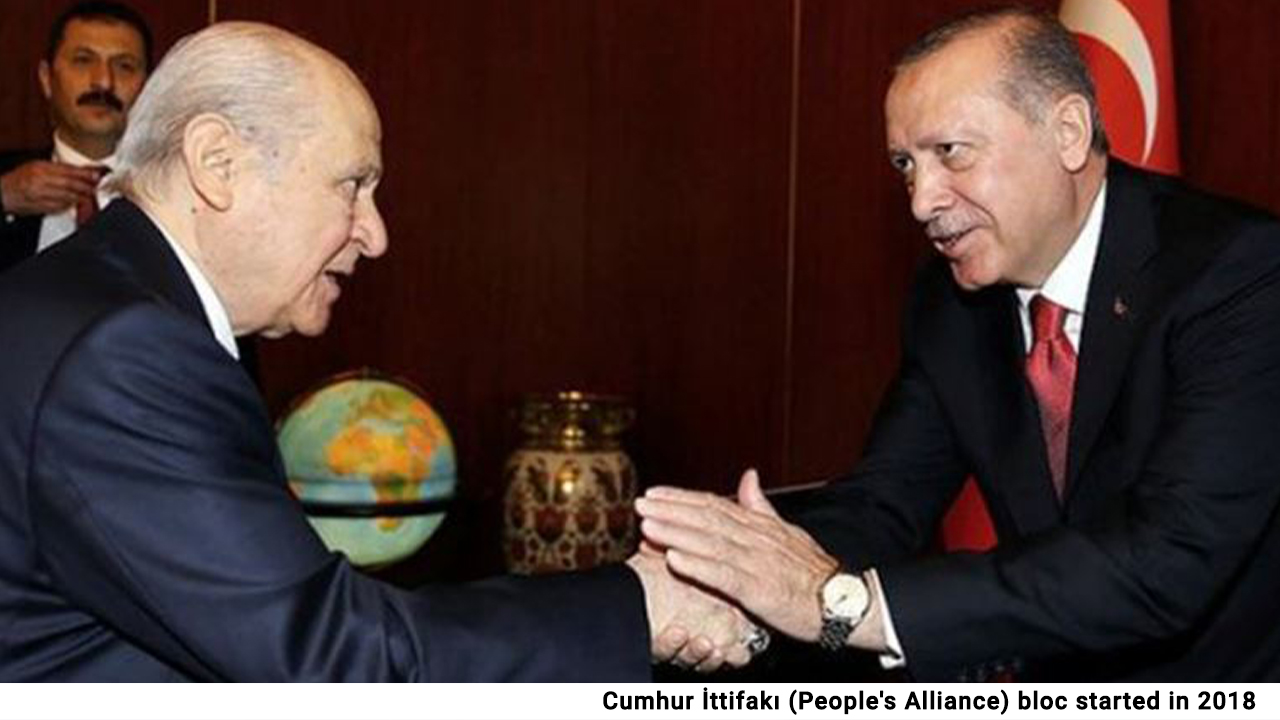 So, these elections will form a stage for the competition between the Turkist / Fascist regime and those opposed to it. And there will be three basic political groups competing.

1-The far-right nationalist and Islamist bloc. This represents the AKP/MHP coalition and a few minor parties, in the person of Erdoğan.
2-The six-party secularist nationalist and liberal bloc, led by the Republican People’s Party (CHP), which includes two parties split off from the AKP.
3-And the third bloc, the Labour and Democracy Platform, led by the pro-Kurdish Peoples’ Democratic Party (HDP).

The first bloc wants Erdoğan and his monstrous presidential regime to remain in power.

The second bloc is an opposition bloc within the system. Its views on basic issues are very similar to that of the existing regime. So for example, in regards the Kurdish issue they complain that Erdoğan does not produce more fighters. They criticise him for not attacking more Kurdish regions in Syria. They define Kurdish demands for rights and freedoms as ‘terrorism’. Though there are some moderates among them, they avoid terms like ‘peace’ and ‘political solution’ because of the racist, fascist atmosphere prevalent in Turkey. Where this bloc differs from the Erdoğan regime is in matters such as secular life, the economy and poverty. Erdoğan must go, but another Erdoğan will come along with slightly different methods. 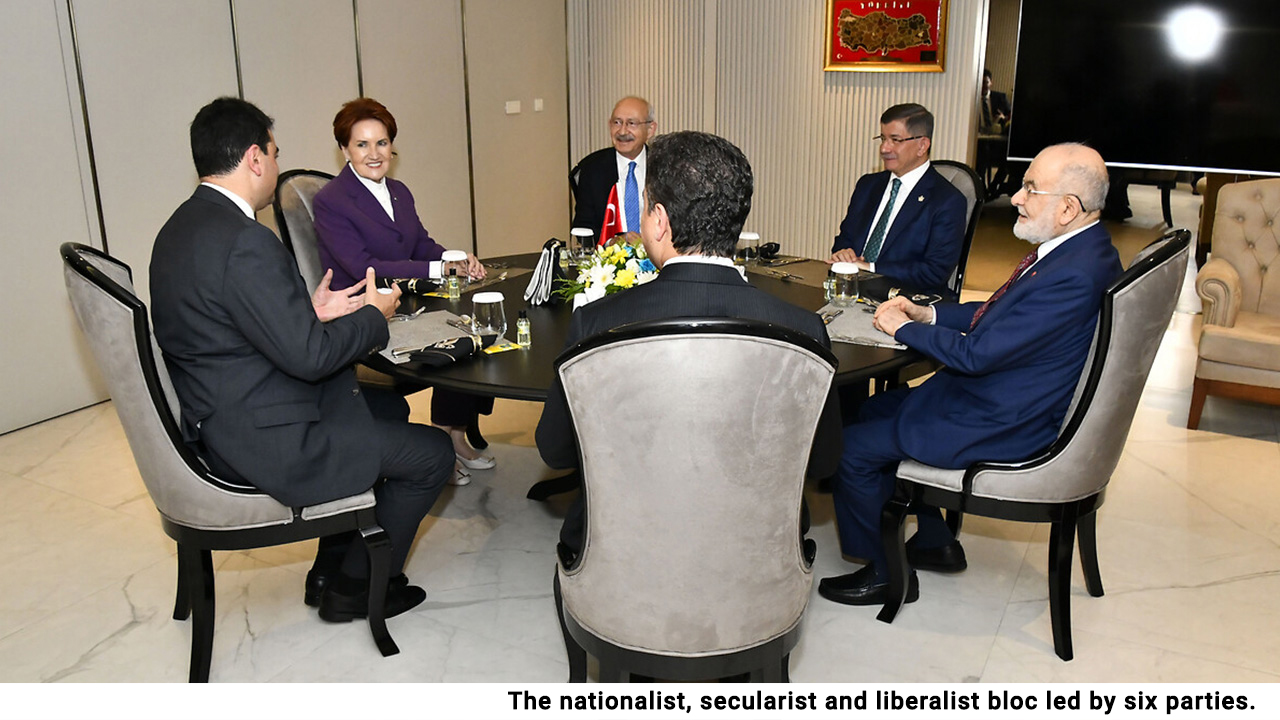 The third bloc, however, is made up of political structures that want the whole system to change and remains outside the system. While the second bloc promises a transition [back from the presidential regime created by Erdoğan] to the parliamentary system, the third bloc is in favour of a wholly participatory system which directly prioritises democracy. It also has a vision of all different identities and beliefs representing themselves, starting with the Kurds.

This is a summary of the current political structures. But it has become clear that no one bloc is strong enough to win the election on its own. According to polls and to trusted analysts the bloc presided over by Erdoğan, and that led by the CHP are neck and neck. But 50% plus one is required to win the election. And here is where the HDP-led Labour and Democracy Alliance comes to the fore, because this alliance has a 15% vote potential, and whichever side it supports will win.

The HDP has no inclination to support the existing regime. In particular, the Kurds will never vote for Erdoğan, because he (and this is a matter for another article) is the bloodiest enemy of the Kurds in the history of the Turkish Republic. This is a dictator who happily practices overt hostility. He has isolated the imprisoned Kurdistan Workers’ Party (PKK) leader Abdullah Öcalan and left the Kurds with no option but to fight.

And it is too late to correct the situation by allowing Öcalan meetings. In any case Erdoğan has no such intention. He sent a representative to Öcalan in recent years and was rejected. This rejection paved the way for still more strict isolation at the prison, which in turn paved the way for more violence. This is how Erdoğan will go to the election, and this being the case, he cannot win. 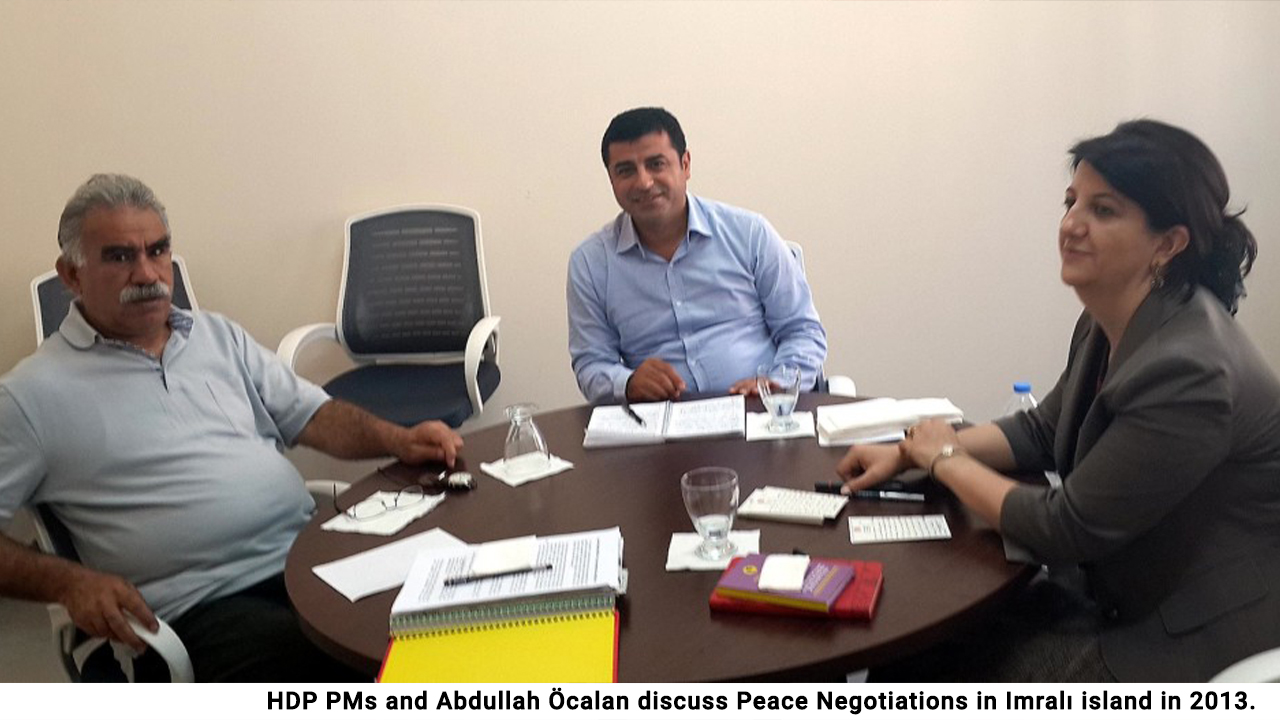 But this situation does not automatically imply that the Labour and Democracy Alliance and the Kurds will support the CHP and the other opposition unconditionally. The HDP has announced that it will enter the parliamentary elections with its own allies, but that it will throw its support behind a suitable candidate in the presidential elections. And it has proposed certain conditions for this, around the prioritisation of democracy, but the CHP and its alliance have not yet given a positive response. The second party in the alliance, the Good (İYİ) Party has made no remarks other than messages of more violence and bloodshed. When an MP made the statement that ‘a ministerial position may be given to the HDP’, both the government and the opposition opposed this vehemently. In effect they said that the Kurds may enter the elections, but may never enter government. In theory if a political party entering the elections gains a strong vote they may enter government, but from what we can see, the message is being sent to the Kurds that ‘Even if you win the elections we will not allow you a place in the administration of the state.’ So into politics, but only to a certain level…

So what can the HDP do?

If a candidate is produced who gives guarantees in the matter of democracy, the HDP can support this person as a rival to Erdoğan in the presidential elections.

But if a candidate is produced who is no different to Erdoğan, then the HDP can produce their own candidate and enter the second round of the elections. It is very likely that Erdoğan will win the second round in this case, because the Kurds may not even go to the polling booths to choose between Erdoğan and someone just like him, and the small-scale far-right nationalist and Islamist parties will rally round Erdoğan and help him win. This is without taking into account the support the existing despotic regime will get from Putin, and the manipulation and trickery in the actual elections.

Then everyone will lose. War policies against the Kurds will gather speed, but as the Kurds are ready for this all other administrated structures will be virtually eliminated. Turkey’s relations with the outside world will be almost completely cut off, and the economy will hit rock bottom.

But if the opposition parties produce an acceptable candidate and s/he receives the support of the Kurds, then there will be some relative easing. The harsh climate currently in existence in Turkey will soften a little. But after a while the new administration will have to make various decisions concerning the basic problems.

Then the Kurds will be on the agenda again. The question of Syria will be on the table. Will this new administration apply policies of war or a political solution to the Kurdish question? Will it support the jihadists in Syria? If it doesn’t support the jihadists what will it to to their existing structures? Will there be peace with the Assad regime? If positive policies are set in motion for all these issues then Turkey will have taken its first step to democratisation.

If Erdoğan wins it is certain that this will not happen. But those being prepared to take Erdoğan’s place are not promising to follow new policies in these basic matters. For this reason Turkey’s immediate future is not very bright.

Seeing the historical importance of this juncture, the Kurdish political movement is treading very carefully in its policies. It is placing formulae on the table that can save Turkey, but it is not receiving enough interest either from abroad (eg. the EU, the US) or at home. This means that the Kurds are alienated and the future of all the peoples in Turkey is placed in danger.

In conclusion; The greatest fear of the Turkish state is that the Kurds should achieve power in the political arena. The only thing they want is to leave the Kurds no option but the armed struggle. The Kurds keep calling for a political solution to extricate themselves from this position they have been forced into, but the administration is pressing for unconditional surrender, while the Kurds unconditionally reject the isolation of Öcalan.

The message being sent is that the price for fighting for the Kurds is death. For the administration, ‘the only good Kurd is a dead Kurd’. The mindset, ‘Democracy for all, but not for the Kurds’, has infected everybody. Naturally the struggle is increasing, and as we said at the start, it has reached a level to be able to define the 2023 elections. This shows us light at the end of the tunnel, but it is still very far away, and a little more effort and cost will be required to reach it.

Amed Dicle was born and raised in Diyarbakır, Turkey. He has worked for Kurdish-language media outlets in Europe including Roj TV, Sterk TV and currently ANF. His career has taken him to Rojava, Syria, Iraq and many countries across Europe. Follow him on Twitter.