Former HDP co-chair Figen Yüksekdağ who is incarcerated at the same prison where Gezer was allegedly found dead in her cell on 9 December, managed to send a letter from inside the prison stating that a witness of Gezer's death has began a hunger strike in order to be able to have her voice heard.

After the death of political prisoner Garibe Gezer in suspicious circumstances in a Turkish prison for women, the former co-chair of the pro-Kurdish People’s Democratic Party, incarcerated at the same prison, managed to send a letter to ETHA News Agency stating that one of the prisoners who witnessed the circumstances of Gezer’s death had began a hunger strike.

According to the information provided by former HDP co-chair Figen Yüksekdağ, incarcerated since November 2016, a political prisoner named Deniz Tepeli at the Kandıra Prison went on hunger strike on the 27th of December demanding to be heard as an eye witness regarding the death of Garibe Gezer. 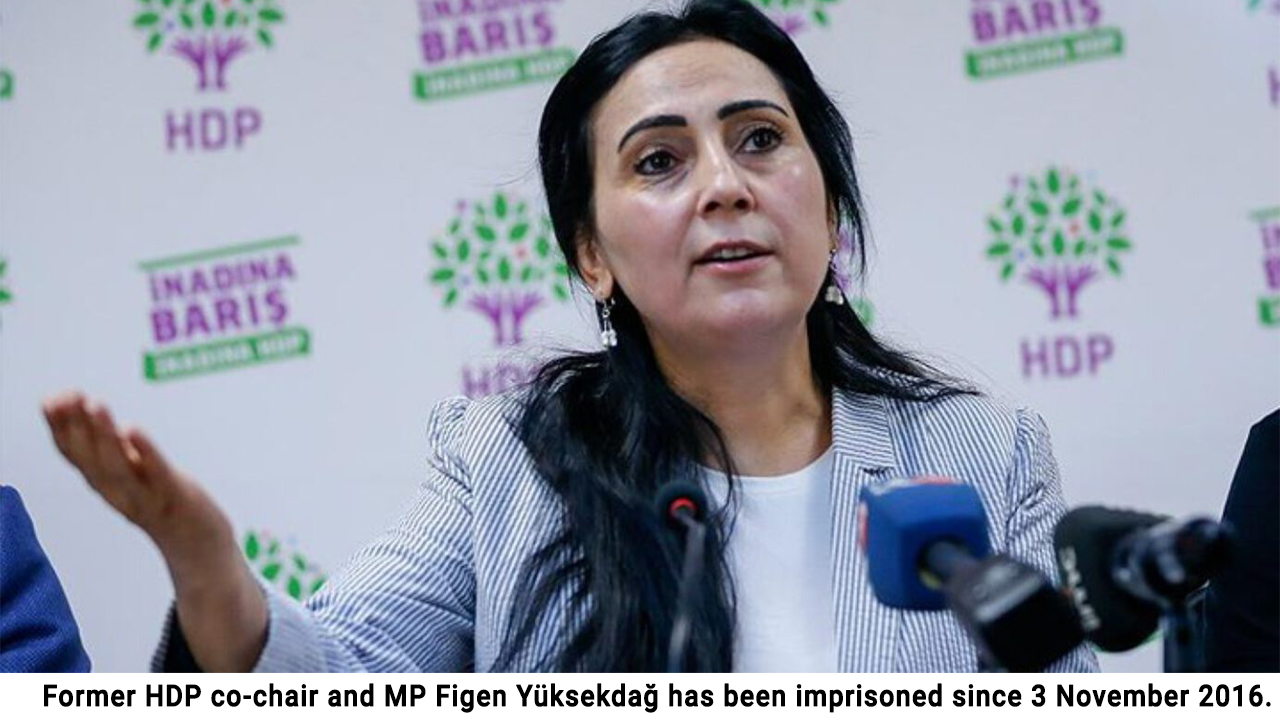 Yüksekdağ indicated in her letter that Tepeli had been an eye witness of the reportedly deliberate delay in the prison administration’s intervention into the incident. She wrote in her letter:

“Efforts to prevent a cover-up of Garibe Gezer’s death at Kandıra prison, to counter steps being taken to allow it to slip into oblivion, and the insistence for a proper investigation are being subjected to a lot of pressure behind thick prison walls. Deniz Tepeli, who shared the same prison yard with Garibe and who has spent years of her life in an identical hole in the concrete called ‘a cell’, is now on hunger strike to be able to stand as a witness of a death.

According to the information we were able to receive in a slow and painful process, in spite of our isolation here, she had noticed during her outdoor time that there was an absolute silence in Garibe’s cell. Tepeli wasn’t able to send an emergency call as the emergency buttons were all turned off, and she also later witnessed the moment the delayed intervention took place. Although she was the only sole witness to this, her request to make a witness statement and to file a complaint was rejected. She has now chosen to subject herself to indefinite self-starvation only to be able to say, ‘I saw it.’

The judiciary of fake witnesses has ignored a truthful witness once again. Now we are just struggling to prevent another lifeless body coming out of that corridor of death where isolation within isolation reigns. Everyone with a conscience should witness Deniz as the witness, shouldn’t they? Garibe and all the captives whose only luxury is to be thrown into a cell, who are subjected to countless cruelties just to be able to get into contact with one or two fellow inmates kept a mere 10 metres away should be properly understood. Revealing certain things shouldn’t be at such a high cost.”