Turkey: Water supplies in Kurdish villages cut off for 14 days in order to punish villagers for unpaid electricity bills

Kurdish villagers living in Batman in Turkey have been struggling with a lack of water supply for weeks. Despite days of campaigning and Kurdish MP's attempts to address the issue in parliament, Turkish authorities have not acted to solve the issue.

Pressure from DEDAŞ (the Dicle Electricity Distribution Company) is never-ending in the Kurdish majority cities of Turkey. Villages attached to the Kozluk (Hezo) district of Batman (Elih) have had their water supplies cut off for 14 days, MA reported.

The people in these villages, where the temperature rises to 45-50 degrees, have been without water since 23 June and their animals have also not been getting the water they need to survive. Many animals have died. 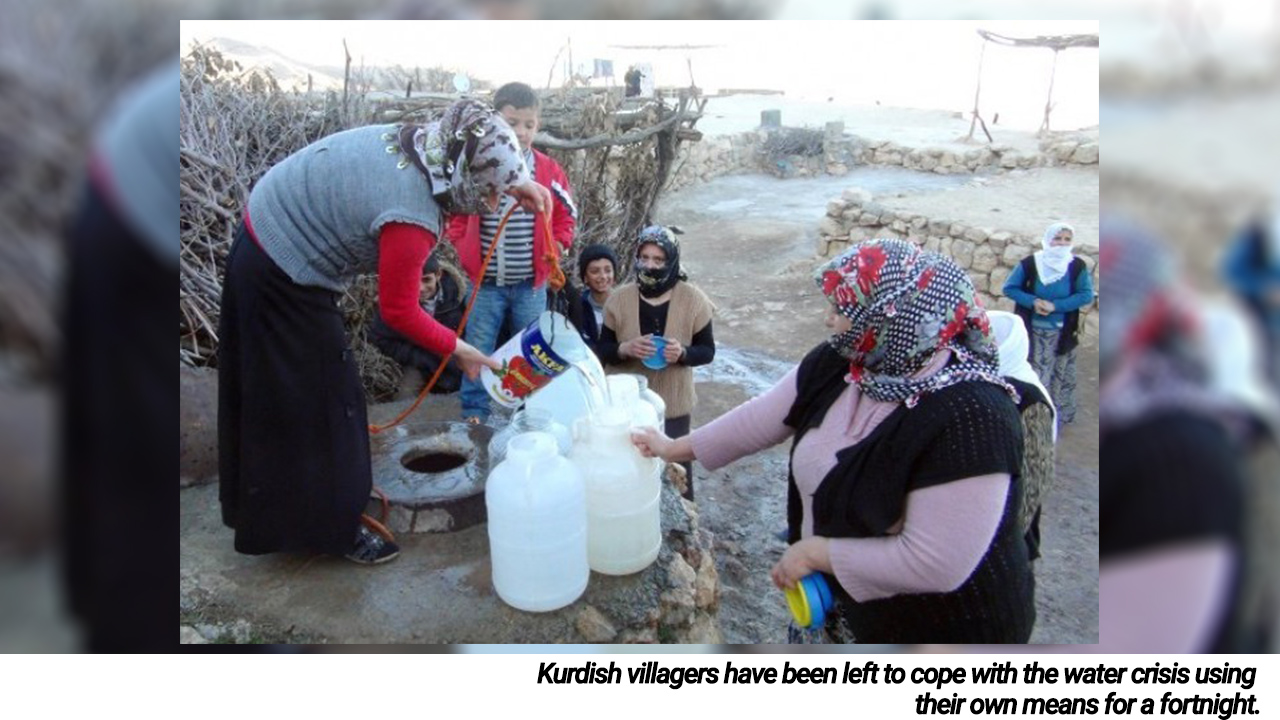 The villagers have explained that they are unable to pay their bills because they are so very high. They are currently struggling to get the water they need by carrying and transporting it from a nearby dam and rivers.

The residents of Zilan village, whose electricity bills totalled 2,300,000 Turkish lira (over £191,500), want a solution to the problem. There is a risk of an increase in contagious diseases due to the water cuts. The residents of the village have started to experience health problems already after drinking well water.

A delegation of the Peoples’ Democracy Party (HDP) visited the villages to hear their problems. Necdet İpekyüz, the HDP’s MP for Batman, spoke to the press after their meetings with the local residents. “Those who give 3 billion Turkish Liras to private electric companies have left these hundreds of residents without water. When the companies come to the village to deliver electricity bills, they come with the security forces. They use force and violence,” he said.

Kobanê University will produce its first graduates on 28 October

European Parliament President Sassoli’s response to Erdoğan: We will not give up, freedom for Kavala

Margaret Owen: The UK government is ‘in violation of all’ of CEDAW’s articles

Prisoner released from Şakran prison in Izmir: ”killing us, maybe not physically, but mentally”

Kobanê University will produce its first graduates on 28 October

European Parliament President Sassoli’s response to Erdoğan: We will not give up, freedom for Kavala

Margaret Owen: The UK government is ‘in violation of all’ of CEDAW’s articles