University students in Turkey are protesting about their accommodation problems by sleeping out in the parks and gardens. They complain about the government, chanting, “If you can’t produce a solution, then leave your posts!”

University students in Turkey continue to protest, primarily in Istanbul, Ankara and Kocaeli, against the increase in housing rents and the prohibitive prices of student dormitories.

After being restricted to studying online for a year and a half due to the pandemic, students are now faced with the problem of with finding housing, especially in the big cities, as on-campus education is about to resume.

The students have organised themselves under the name of “The Homeless Students Movement”, and are holding overnight sit-ins in certain parks and city squares demanding a solution.

The students have stressed that they are determined to continue their action until a solution is found for their problem, despite facing occasional police intervention. Sıla Öztürk, one of the protestors against the accommodation problem in Moda Sahil Park in Kadıköy, Istanbul, said that all students were faced with problems of places to stay. Öztürk said that students were forced to sleep out of doors because of the increase in rents and the insufficient capacity of the student dormitories, and that the authorities had done nothing about it and were refusing to listen.

In response to the ongoing protests Turkey’s Minister for Youth and Sport Mehmet Muharrem Kasapoğlu stated last week that Turkey has the highest quality facilities in the world in terms of student dormitories and claimed that the opposition is trying to create a ‘bad impression’.

Öztürk reacted against the Kasapoğlu’s statement about student accommodation conditions, saying: “Let him come and stay in these student residences. We sleep 4-5 to a room. The internet at the accommodation is terrible. We can’t do our homework and projects. The food at the residences is not good. Because the capacity is restricted they don’t give out enough food. If they think the student residences are like luxury palaces, let them come and we will open our doors and take them in as guests.”

Turkey’s President Erdogan has also targeted the students sleeping on the streets and in the parks at night to draw attention to their housing problem.

“This government has increased the capacity of student accommodation since we came to power. Turkey has the capacity to accommodate almost a million students, but unfortunately this is being ignored, and these campaigns are based on false data. You’re liars. Your life is a lie.”

However Sıla Öztürk disagrees with the president. She said that as soon as the students spoke out there were attempts made to criminalise them, and stressed that the current administration was far away from solving the basic economic problems of the people.

Öztürk said that they intended to sleep in the parks until a solution was found to their problems, adding, “As Homeless Students we are aware that we have no hope except in each other. We will achieve results as our park gatherings increase in size. Students with problems need to unite; it is a requirement of the present day. 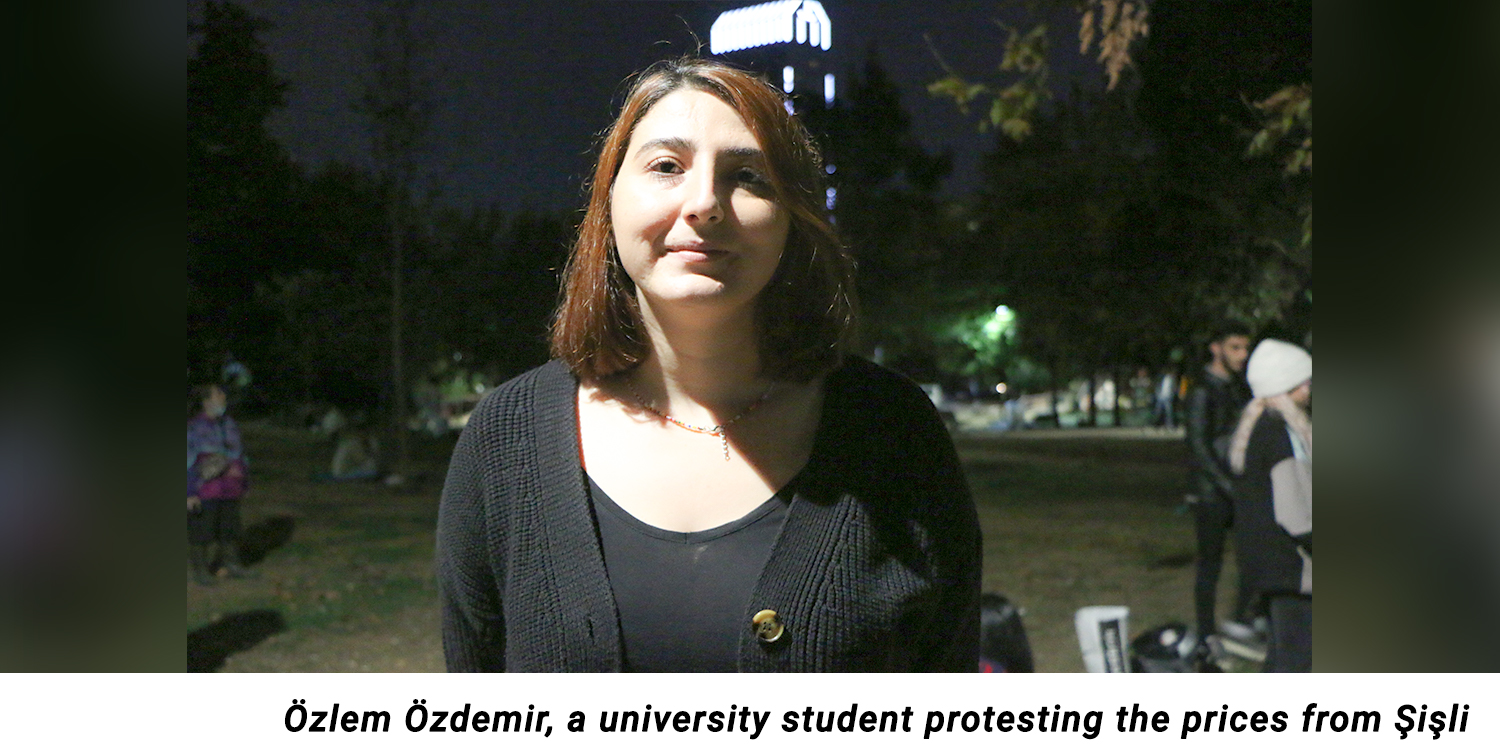 Özlem Özdemir, one of the students carrying out their action in Maçka Park in Şişli, also in Istanbul, said that there was not enough room for the students in the student dormitories. She continued, “We will stay in the streets as long as our fellow-students from other provinces are not allocated accommodation. A solution must be found. We all need to raise our voices for the administration to find a solution to the problem. If they cannot find a solution they must leave their posts.”