It has been revealed that following the sexual assault of two high school girls by a special sergeant in Van, police at the station said to the students, "maybe he kissed you and touched your arm but you misunderstood."

On 17 October a high school student in the eastern province of Van (Wan) in Turkey was reportedly subjected to violence and sexually assaulted by a special sergeant, Talip K., whom her neighbour had introduced her to. Later Talip K., threatened the girl with a gun to prevent her from telling anyone about the assault and blackmailing her. On 19 October, Talip K. again threatened and blackmailed the student to let him take her to his home. The student asked a girlfriend to come with her because she was afraid, and Talip K. picked up the two girls from school. The two children were exposed to violence and sexually assaulted by Talip K. at his home. An investigation was launched against the sergeant after the children told their teachers what had happened, MA reports.

One of the students later changed her statement, in fear of Talip K.’s threats, but the other student repeated her statement, insisting that she had been sexually assaulted, and Talip K. was arrested and taken into custody. The child is now under state protection.

Murat Atabay, co-chair of the Van Branch of the Education and Science Workers’ Union (Egitim Sen), spoke to MA about the incident saying, “Perpetrators are left unpunished, especially in crimes involving public officials, and the harassment, rape and abduction of women and children in the region is political.”

Recalling the abuse and rape of women and children by soldiers, police, and village guards in the Kurdish populated cities in the 1990s, Atabay said that these crimes still go on, and are committed systematically against Kurdish women and children.

“There has been an increase in these crimes, especially as part of the war against the Kurds. It is a systematic occurrence. Today these crimes occur almost as much as they did in the 1990s. We don’t think that those who commit the crimes of harassment and rape are committing individual crimes. These are actions that are being systematically perpetrated against Kurdish women and girls.” 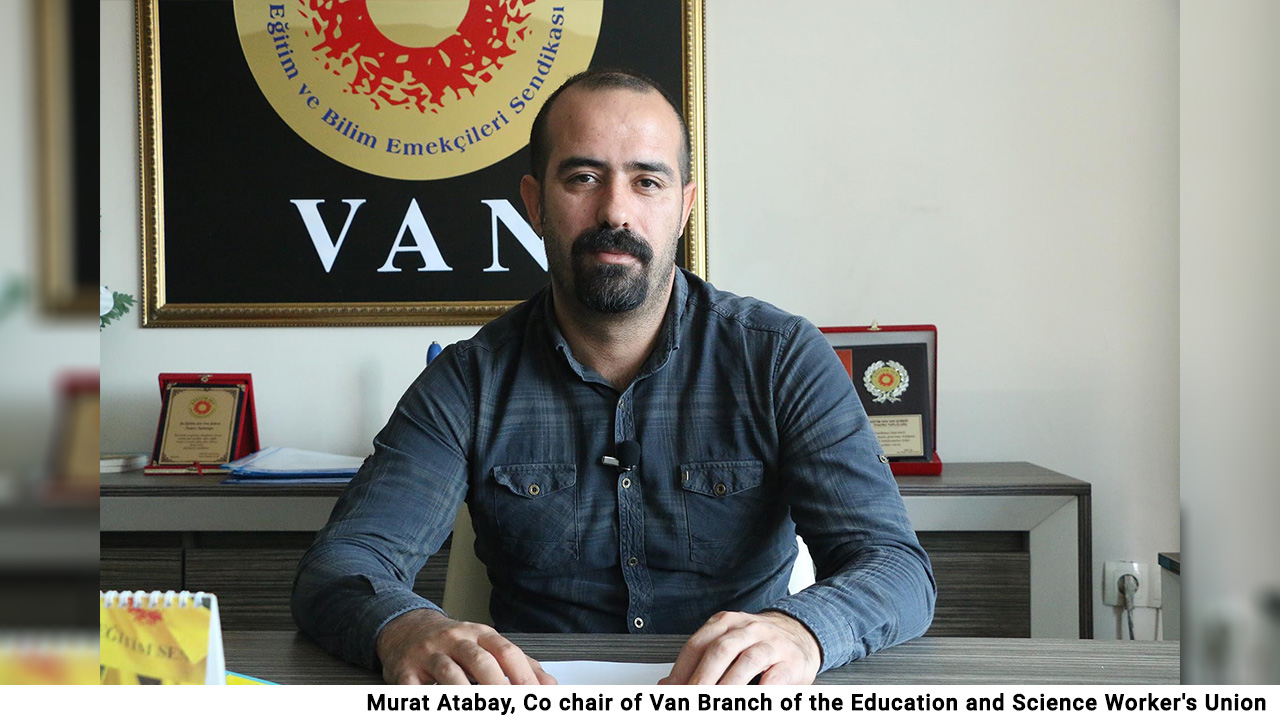 Atabay emphasised that those who want to become sergeants are specially chosen from men who harbour hostility to the Kurds and that those in Van who commit similar crimes to those of special sergeant Talip K. make a point of choosing children.

“The police attempted to influence the two high school students at the police station where they went to testify,” Atabay said: “The police saidto them, ‘maybe he kissed you and touched your arm and you misunderstood’. There are reports that the police were following procedures they would follow to close the case. They tried to get the child to give her statement alone, separating off the people with her. In particular if the perpetrator is a public official, the next public official tries to protect him.” Murat Atabay stated.

“In the first instance the children withdrew their complaints after pressure from the police,” Atabay said, “It was only after one of the children gave her statement again and the video records confirmed it, that the sexual assault came to light. The perpetrator has been arrested but I hope he will not be released and he will actually be punished for what he did.”