Turkey: New report indicates pressure on journalists on the rise

July saw 13 journalists physically assaulted by police officers and 16 news stories removed from publication by court order, according to a report by the Dicle Fırat Journalists Association. Currently there are at least 77 journalists in prison in the country.

July saw a total of 17 journalists subjected to physical assaults and arrests, 16 news stories removed from publication by court order and one website shut down, the association found. 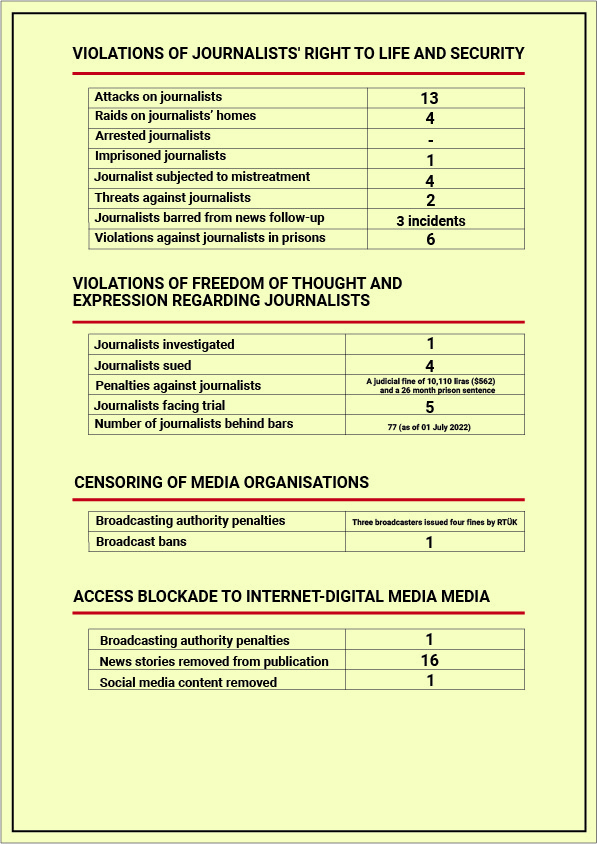 Freedom of the press violations in July

On 8 June, 21 Kurdish media workers were arrested in the southeastern city of Diyarbakır (Amed). Sixteen of them were remanded in custody on terrorism charges after eight days in police detention. In July, the police targeted journalists from the DFG and the Mesopotamia Women Journalists Platform during a press release in Ankara in support of the 16 on remand in prison. The police kettled and beat the journalists, among whom were reporters from Alevi, Kurdish and LGBT media outlets.

Several journalists were injured when police officers beat people and targeted them with pepper spray at close range during Ankara’s annual LGBT pride parade, which has been repeatedly banned by the capital’s governor in recent years. More than 40 people were detained in the altercation.

In southeastern Şanlıurfa (Riha) province, one Kurdish journalist was beaten by the city’s mayor from the ruling Justice and Development Party (AKP) while covering a press release by the Peoples’ Democratic Party (HDP).

There are at least 77 journalists in Turkey’s prisons as of July, the DFG found.

Turkey ranks 149th out of 180 countries on the Reporters Without Borders World Press Freedom Index, which describes it as a country where “all possible means are used to undermine critics”.