Turkey: Murderer of Deniz Poyraz says he has no regrets

Onur Gencer who was caught red-handed after murdering HDP member Deniz Poyraz said he did it to comfort himself, and expressed dissatisfaction that he couldn't kill more people at the incident.

The defendant’s bold remarks about his motives to kill and his total lack of any remorse for the murder he committed marked the hearing session of the trial of Onur Gencer, accused of murdering Deniz Poyraz at the offices of the pro-Kurdish Peoples’ Democratic Party in Turkey’s western city of İzmir on 17 June 2021.

Gencer was caught red-handed at the scene of the crime with his gun after he had stormed the party’s offices and shot Deniz Poyraz, a young female party member.

Gencer said in the hearing session at an İzmir court on Monday that he had no regrets for having stormed the party’s offices and committed the murder. He went on to claim that the woman she murdered and her family had in fact been involved in illegal actions.

“I want Deniz Poyraz and her family to be investigated. I believe Deniz Poyraz is responsible for the killing of some intelligence agents,” he said.

Asked by the judge what the reason for his attack was, Gencer replied: “To comfort myself, to get rid of my traumas and to feel better. I carried it out to stop the HDP/PKK organisation. I carried it out by myself.”

Gencer almost expressed dissatisfaction at having been able to kill only a single individual: “I was so furious that I couldn’t sleep on the night of 16 June. I arrived at the address by taxi next morning around 10:30am. I entered the building at approximately 11am with my gun. Only if I’d arrived five minutes earlier it would have been a bloodier attack with more carcasses.”

He continued, “I had a special thing for Öcalan and Demirtaş,” referring to Abdullah Öcalan, the imprisoned leader of the Kurdistan Workers’ Party (PKK), and Selahattin Demirtaş, the imprisoned co-chair of HDP, and added:

“The others are all the same for me. It wouldn’t matter if it was Deniz Poyraz or Deniz Çepni [İzmir deputy for HDP] (…) Once I realised that I had neutralised a terrorist [Deniz Poyraz], I started looking for others. I tried forcing open the doors. As I couldn’t find any other terrorists I kicked around a bit, took one more shot. I broke the window with a fire extinguisher. I went upstairs. There was no exit. I went down and turned myself in.” 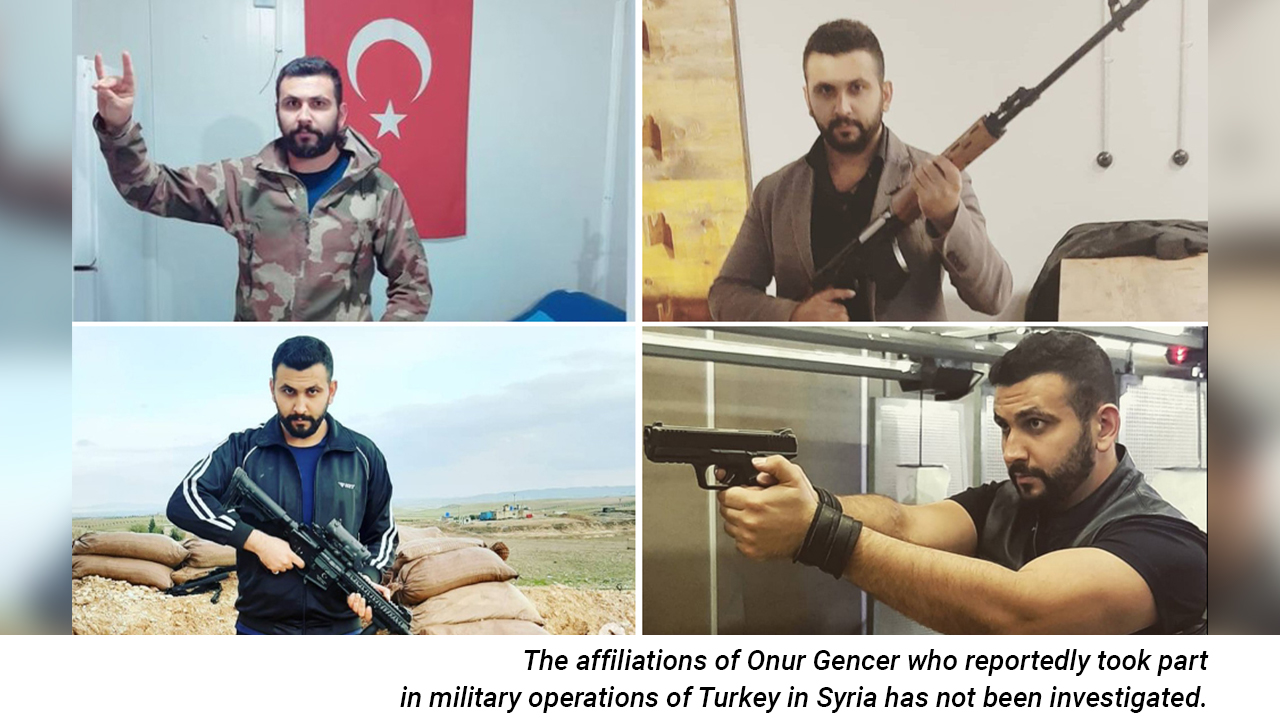 While the observers in the courtroom reacted to Gencer’s remarks and his use of the word ‘carcass’, the father of Deniz Poyraz said, “I want justice. This is such vileness.”

Gencer replied to the father’s words saying, “I don’t have any problem with my Kurdish brothers. These are the ones who are vile.”

The mother of Deniz Poyraz was also heard at the court upon an appeal by her lawyers. 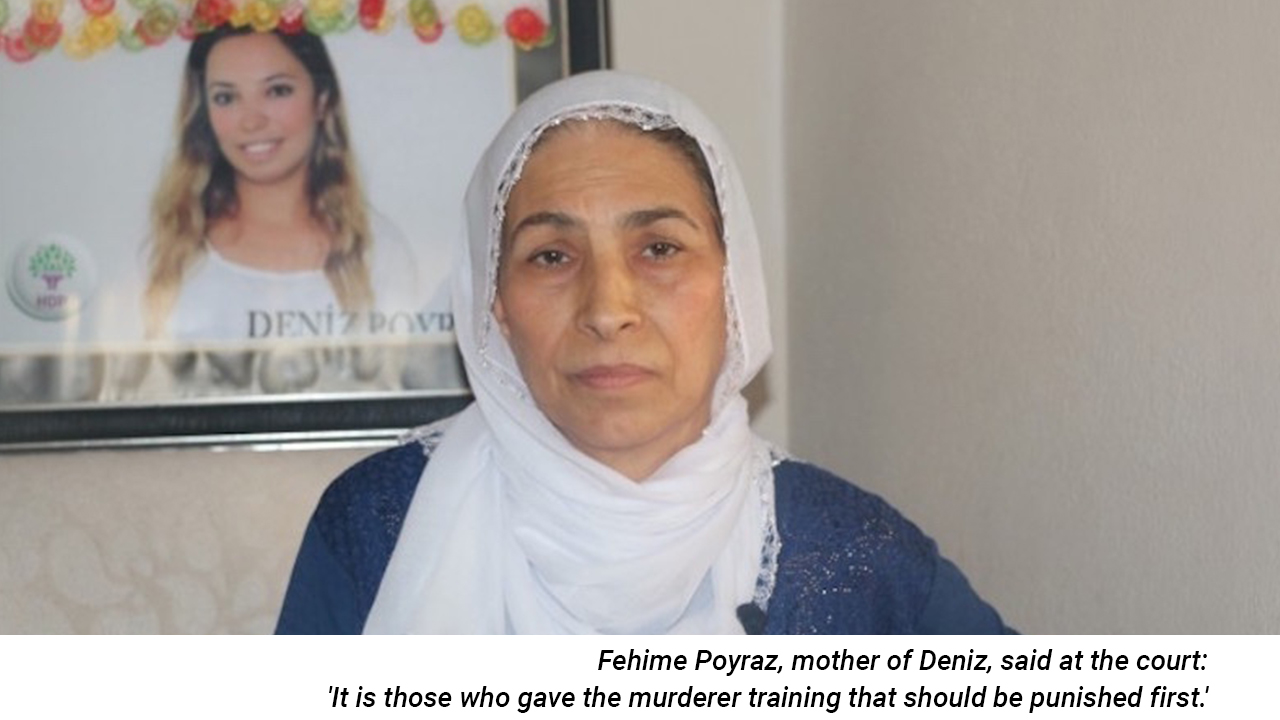 Fehime Poyraz said: “He first shot my daughter in her knee, then tortured her with a knife. He is the one who is a terrorist (…) How can one kill a defenceless individual? How can he speak so blatantly, how dare he say ‘he couldn’t satisfy his rage’? I’m so full of grief. It’s the ones who gave him training that should be punished first.”

Süleyman Poyraz the brother of Deniz Poyraz, was also heard. He indicated that there was others behind the attack, and said:

“There is a power behind it. I want it to be revealed. I want the relations of the perpetrator with SADAT [International Defence Consultancy Corporation which provides consultancy, training and supplies for the military and police in Turkey] to be investigated. This is a murder committed by shadowy elements of the state. Turkey has arrived at this point after all the constant criminalisation of HDP on TV every single day. I want those who gave the order to kill to be discovered and punished no matter to whom the investigation reaches.”

The previous hearing session of the trial had been held on the 29th of December.

The next hearing of the trial will be on the 29th of April.