Although the MP Semra Güler stated that the man she is seen with in an old photograph was her fiancée, who had later been killed in action, and that the photograph had been taken some years before, it is being treated as "evidence" by the parties both of the ruling coalition and of the opposition, who are using it as a basis for making accusations against her.

An MP for the pro-Kurdish Peoples’ Democratic Party (HDP) faces the threat of having her parliamentary immunity lifted and being subjected to trial, after a summary investigation accusing her of ‘membership of an illegal organisation’ was delivered to the Turkish parliament on Wednesday.

The accusation is based on a photograph showing Semra Güzel, who was elected as MP for Diyarbakır (Amed) in the 2018 parliamentary elections, with Volkan Bora, formerly a fighter from the Kurdistan Workers’ Party (PKK). According to Güzel, the photograph was taken in 2014, four years before she was elected MP, and the two were engaged at the time. Bora was later killed in action.

It is expected that the parliament’s Constitution and Justice Commission will discuss the legal document concerning her indictment first, and that it will then be brought to the General Assembly for discussion.

If the vote in the General Assembly results in Güzel’s parliamentary immunity being lifted, it is likely that she will face court on charges indicated in the indictment.

“We can never approve political parties’ relations with terror organisations and say they are innocent, legitimate, right,” Altay commented.

In a rare critical approach in the mainstream media, journalist Murat Çelik drew attention to the precariousness of making accusations through photographs, bringing to mind photographs of senior officials of the ruling party, including those of President Erdoğan with the cleric Fethullah Gülen, who was later targeted as the leader of a terrorist organisation, labelled ‘FETÖ’ by the Erdoğan administration. 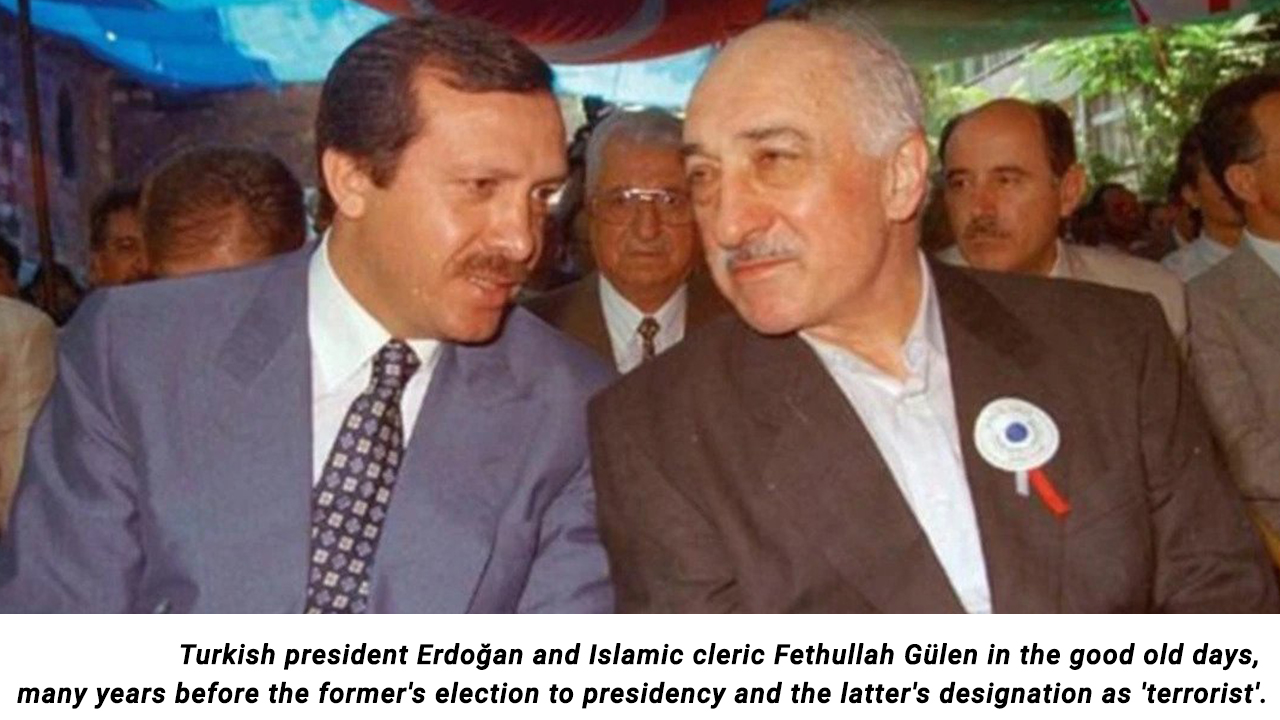 “This is turning into a fruitless debate,” Murat Çelik said on a live TV show on Tuesday.

“This is becoming a fruitless debate. When you start arguing about a photograph, the party on that photo says, ‘OK, but I had that photo taken on such and such date. All political parties in Turkey have their own milestones, and they decide for themselves when those milestones are. They may say, before this date it was like this or like that. They may say there was a Solution Process going on at that time. At that time the FETÖ organisation was not yet considered a terrorist organisation. I mean, if we are going to argue about photos, about political photos, everyone can always find a stick with which to beat their rival.”