The mother of a young Kurdish woman, a PKK member who has been captured after being seriously injured in a clash, says her daughter is being denied medical treatment and being forced into acting as an informant by intelligence agents who harass her in prison.

Gülgeş Tatlı, a member of an armed wing of the Kurdistan Workers’ Party (PKK), was captured and imprisoned after being wounded in clashes that broke out in Turkey’s Kurdish-majority province of Hakkari (Colemerg) in July 2021.

Although she had injuries in her arm, hip and one eye, she didn’t receive any medical treatment before being incarcerated, and got transferred to other prisons while she was still in a poor condition.

Speaking to Mezopotamya News Agency, her mother Fatma Tatlı said she had been sent from the prison in Hakkari to a prison in Van (Wan) with an injury in her hip, and was forced to sit in the prison vehicle for hours in handcuffs.

She added that she was kept in solitary confinement in prison, and her cell was frequently raided by male officers under the pretext of ‘security checks.’ 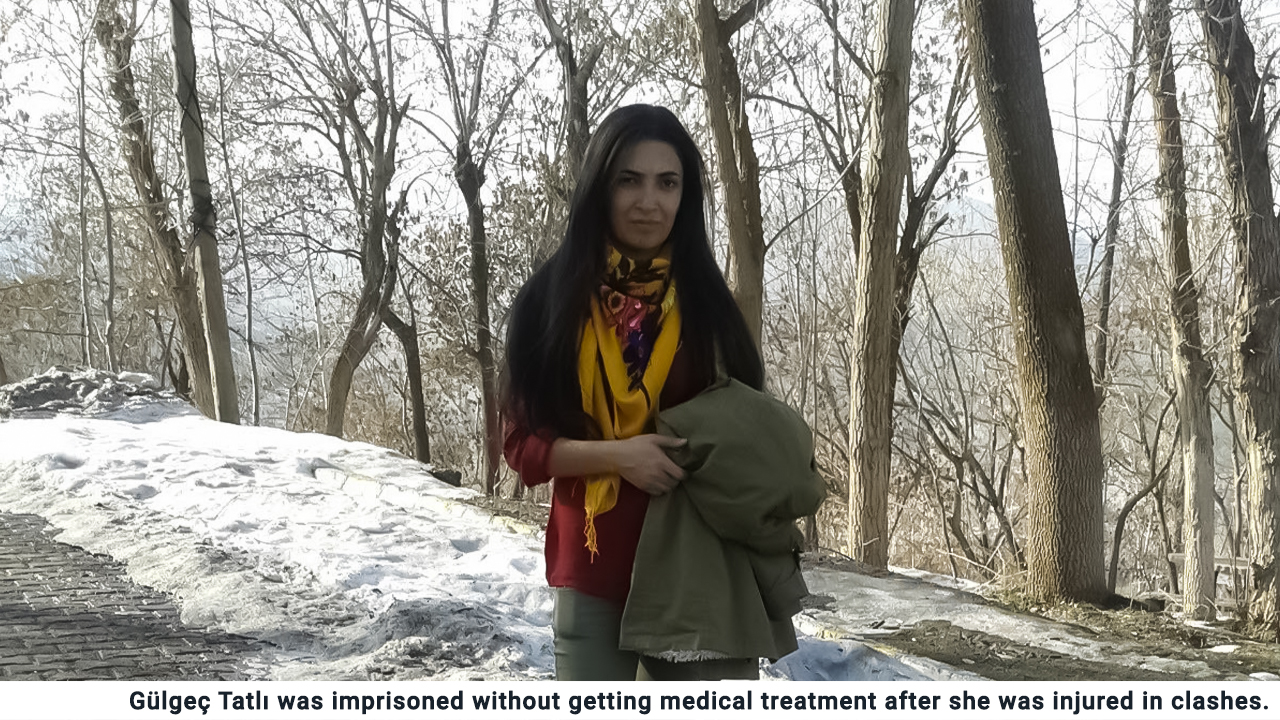 “She can’t use her left arm at all now, and her vision is impaired,” she went on. “Her condition can get worse if she is left untreated. (…) She is forced to respond to commands in her prison cell to stand ‘to attention.’ They took away her books and seized all her personal items.”

Fatma Tatlı indicated that when they appealed for a visit to see her, the prison administration replied stating that Gülgeş Tatlı didn’t want to see visitors.

“She also told the lawyer that she was forced into acting as an informant and was threatened by people who introduced themselves as intelligence agents,” the mother continued.

“It is not possible for the prison administration to not be aware of this. It is against the law. (…) Those intelligence agents who harassed her threatened her 14-year-old sister too. They told her that they would ‘deal’ with her sister.”