Turkey: Kurdish artist paints with tar instead of dye in his paintings

Nurettin Çakmak's stunning portraits of known Kurdish, Arab, Syriac and Assyrian figures and structures in his city of Mardin in Turkey have been created using an extraordinary technique of using tar to paint.

Kurdish painter Nurettin Çakmak from Turkey’s southeastern city of Mardin (Mêrdin) uses tar, which is used in asphalt road construction, to paint his portraits. A graduate of the Faculty of Fine Arts of Dicle University, Çakmak has been using tar instead of oil paints or charcoals in his paintings for nearly 18 years.

Çakmak has turned a cave attached to a stone house into his workshop, where he paints structures of Mardin and prominent Kurdish, Arab, Syriac and Assyrian figures. 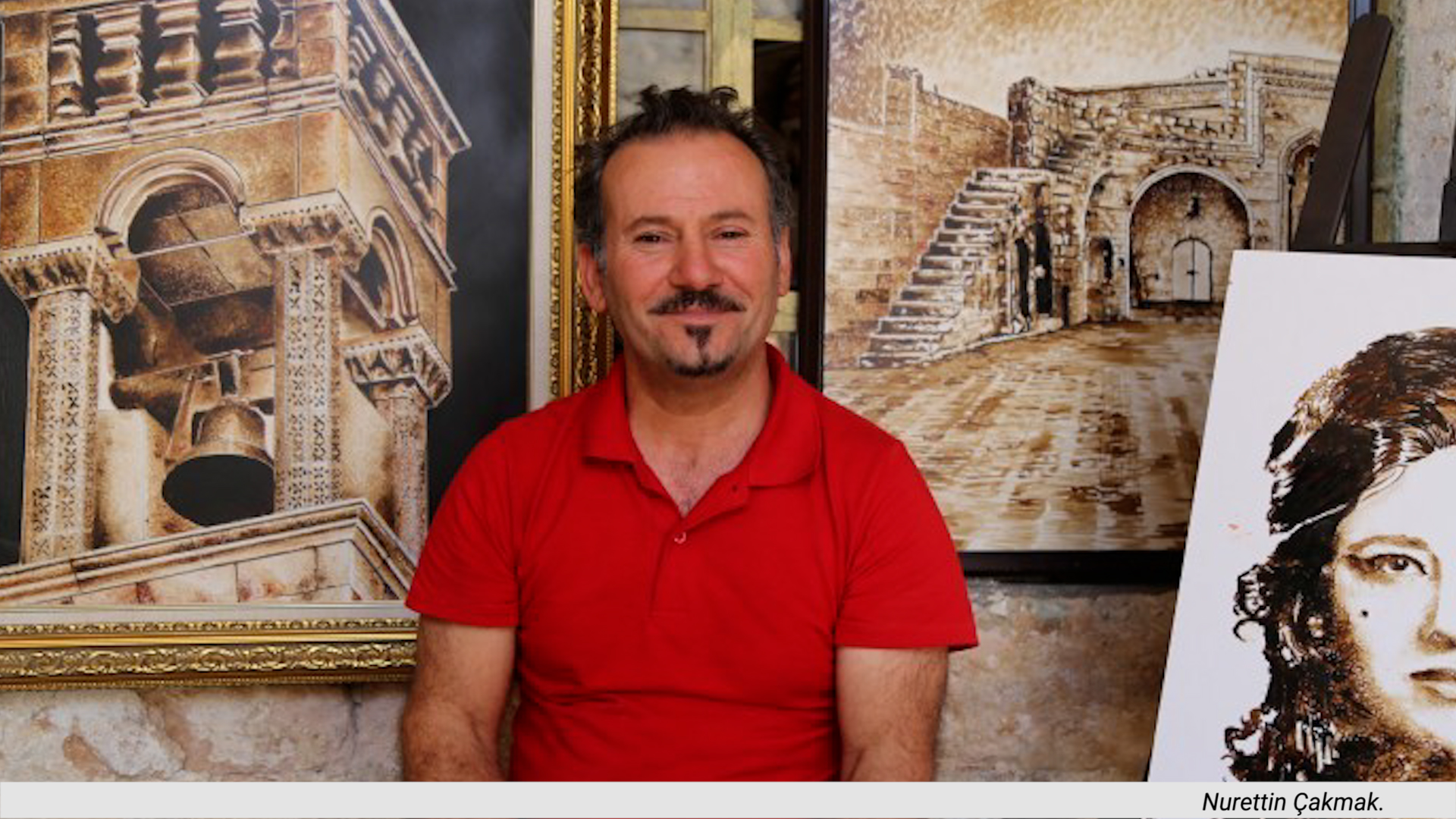 Çakmak told MA the story of how he discovered that he could use tar to paint his portraits. “At first, using tar as a dye was a bit hard because it was dispersing on the canvas. Then I tried working on the wooden canvas and the result was very good. I softened it with diesel oil at first, but it harmed by fingers. Then, I used paint thinner to soften the tar and after all these trials, I developed this technique,” he said. 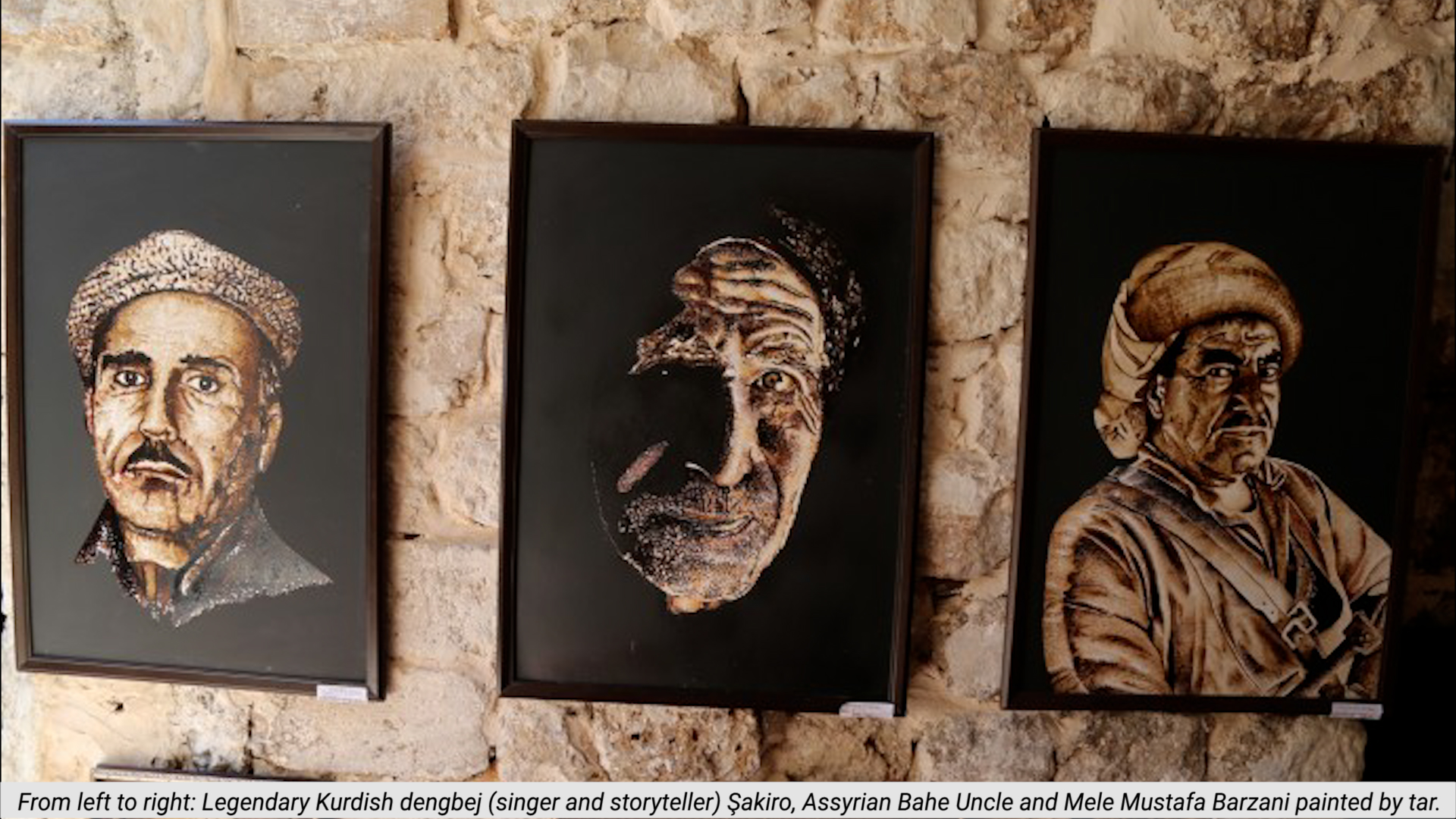 Çakmak is proud to state that he is the only painter who uses this technique. “I do not know any other artist who uses such a technique, but I believe tar is quite an effective material to paint human faces and historical structures of Mardin,” he said. 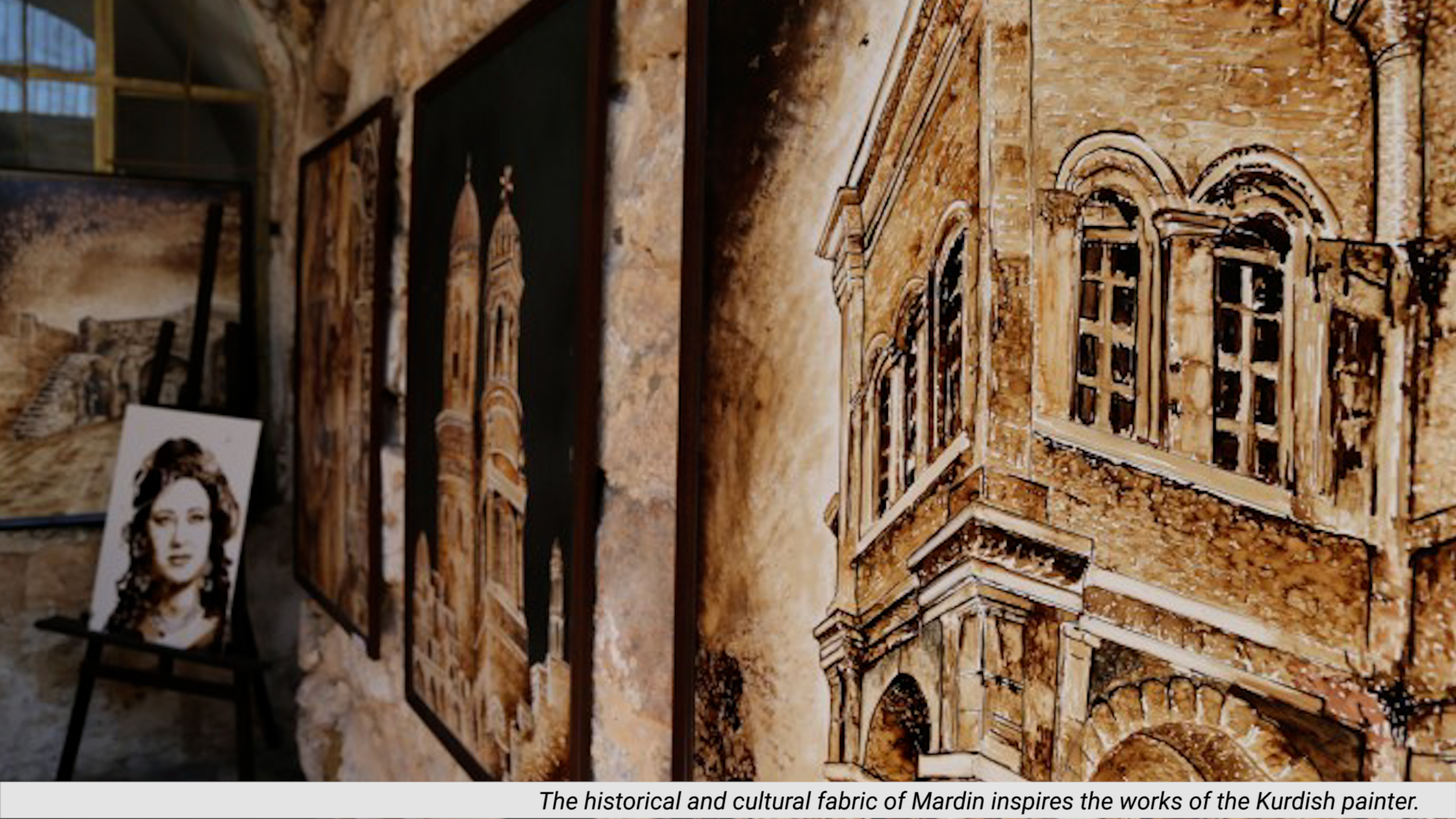 Using turpentine, a chemical solvent, he manages to use tar in different colours other than its original black colour. Having previously painted prominent Kurdish figures Şakîro and Mele Mustafa Barzani, the artist is now working on the portrait of Ayşe Şan, a prominent Kurdish singer who is known as the first woman ‘dengbêj’. 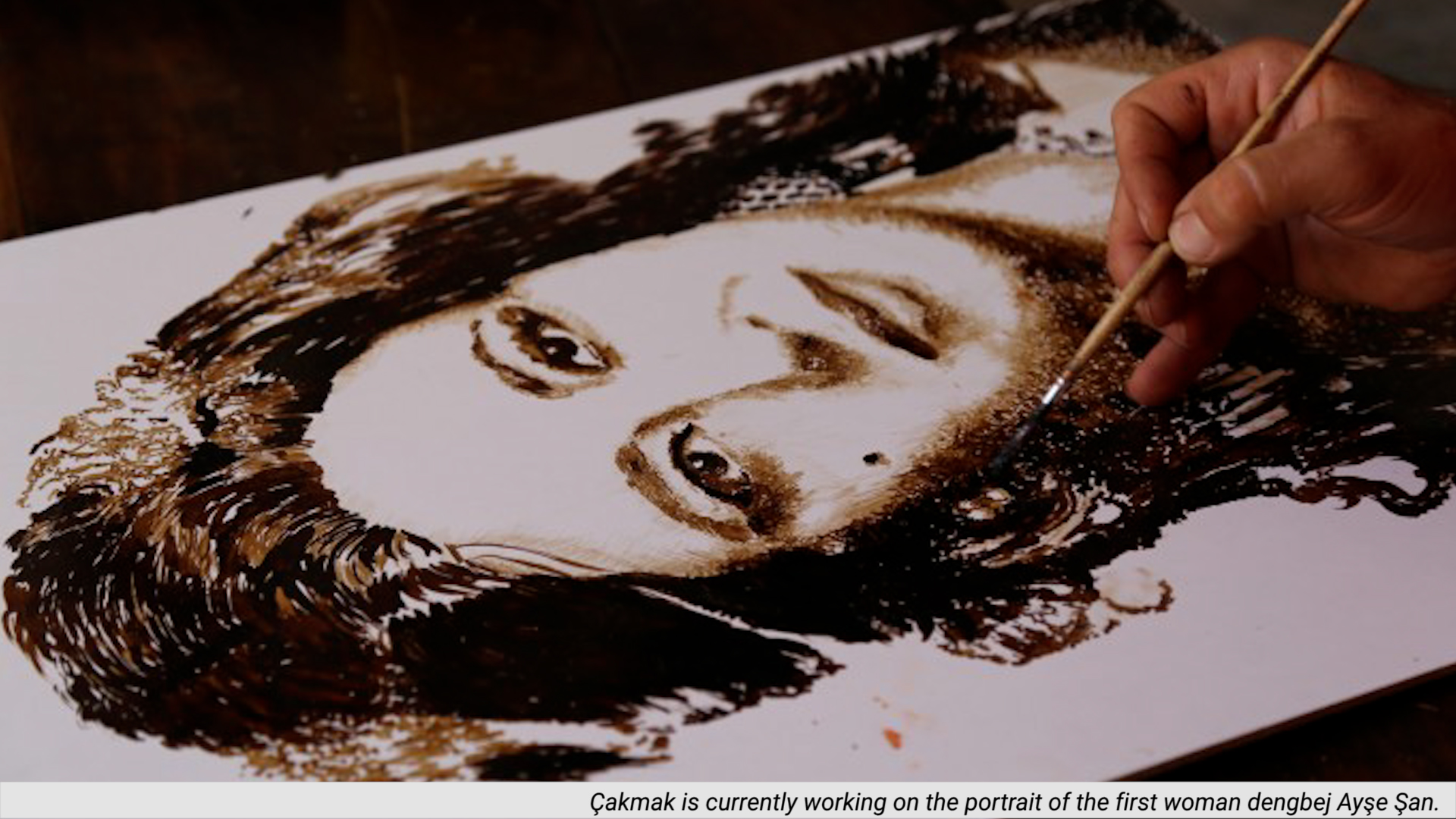 The historical and cultural fabric of Mardin inspires Çakmak’s art as well as historical figures who have had an impact on the culture of region. “I try to paint important historical figures, from many peoples, from the Kurds, Arabs, and Syriacs. I also painted an inspiring Assyrian figure, known as Bahe Uncle, who died in Deyrul Zaferan Monastery in Mardin after he waited for 70 years for the return of his mother,” he said.