A man with a criminal record of injuring students with a meat cleaver and machete in a previous incident at a university campus in the capital of Ankara was immediately released from custody after he was detained in yet another similar incident injuring three Kurdish students.

Two of the assailants who attacked three Kurdish university students and stabbed them in the Turkish capital of Ankara on Sunday were released from custody after a very brief detention.

An angry mob of 30 led by an Isa Kök who reportedly has ties to the ‘Grey Wolves’, a paramilitary group affiliated with the Nationalist Movement Party (MHP), assaulted three Kurdish students near the gate of the Ankara University Faculty of Law on 9 January.

As one of the students was stabbed, receiving a serious leg injury, the other two were lightly injured. While K.Y. was taken to hospital for treatment, the police detained D.U. and M.U. alongside some of the assailants.

Isa Kök and Fatih Temel who attacked the students with blades, stabbing and injuring them were released soon afterwards.

Kök reportedly posted a picture showing himself at the scene before the attack with a message saying, ‘This is no casual evening walk.’ 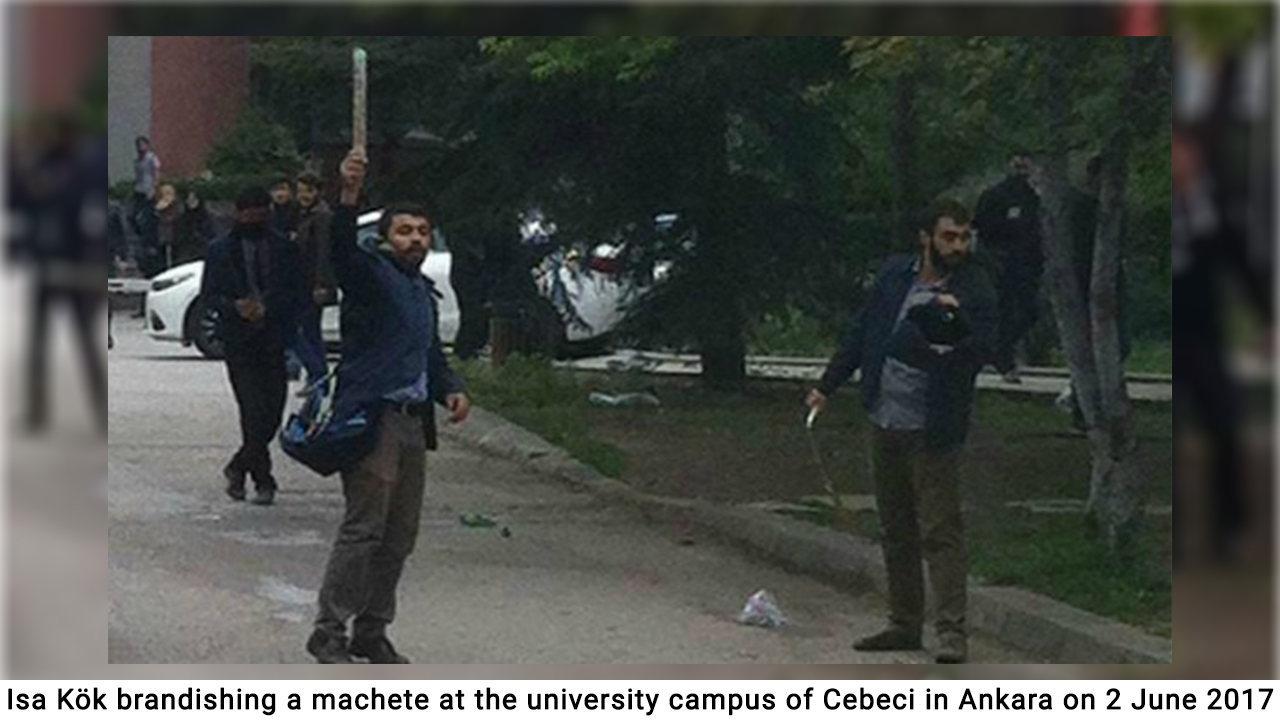 It has been revealed that Kök was previously been found guilty of injuring individuals in another similar incident of armed assault with a meat cleaver and machete at the Ankara University campus, though his prison sentence was reduced due to ‘good manners at the court’ and the remaining prison term of one year and five months was suspended.