The armed man who stormed an office of HDP but was unable to seriously hurt or kill anyone due to his gun jamming has been released, and HDP lawyers have been denied any information about his testimony or the court's grounds for the release.

The perpetrator of an attempted armed attack against an office of the People’s Democratic Party (HDP) was released after his first court hearing at an Istanbul court on Monday.

Muhammed Eren Sütçü, armed with two handguns and a blade, had stormed a district office of HDP in Istanbul on the 28 December and got into a scuffle with party members after he took out his weapons and threatened the people in the office. Nobody was seriously harmed or killed as one of his guns was quickly snatched away and he was reportedly unable to fire the other due to the gun jamming.

Sütçü then quickly fled the scene and took refuge in a nearby bakery with the police only arriving after 30 minutes. The serious delay in the arrival of the police was also heavily criticised by HDP officials who noted that the neighbourhood was always crowded with undercover and uniformed police officers and that the incident literally took place under the eyes of the police at the scene.

While the lawyers representing the HDP were not provided with any information regarding what Sütçü had said in his testimony nor the reasons for his release by the court, HDP’s Istanbul co-chair, Ilknur Birol, protested against the decision to release him, saying:

“The release of somebody who conducted an armed assault with an intention to kill and later confirmed his intent is a clear indication of the current state of the judiciary. It’s a clear indication of the demise of any sense of justice. It’s a clear indication of how the political administration is using the judiciary as an apparatus. What was it that they wanted? Was it deaths that they wanted in that incident? We actually already saw at the trial of the murderer of Deniz Poyraz in Izmir; we saw how the murderer was so emboldened that he walked around with a grin on his face and even dared to verbally abuse the family members of Deniz Poyraz in front of the judges.” 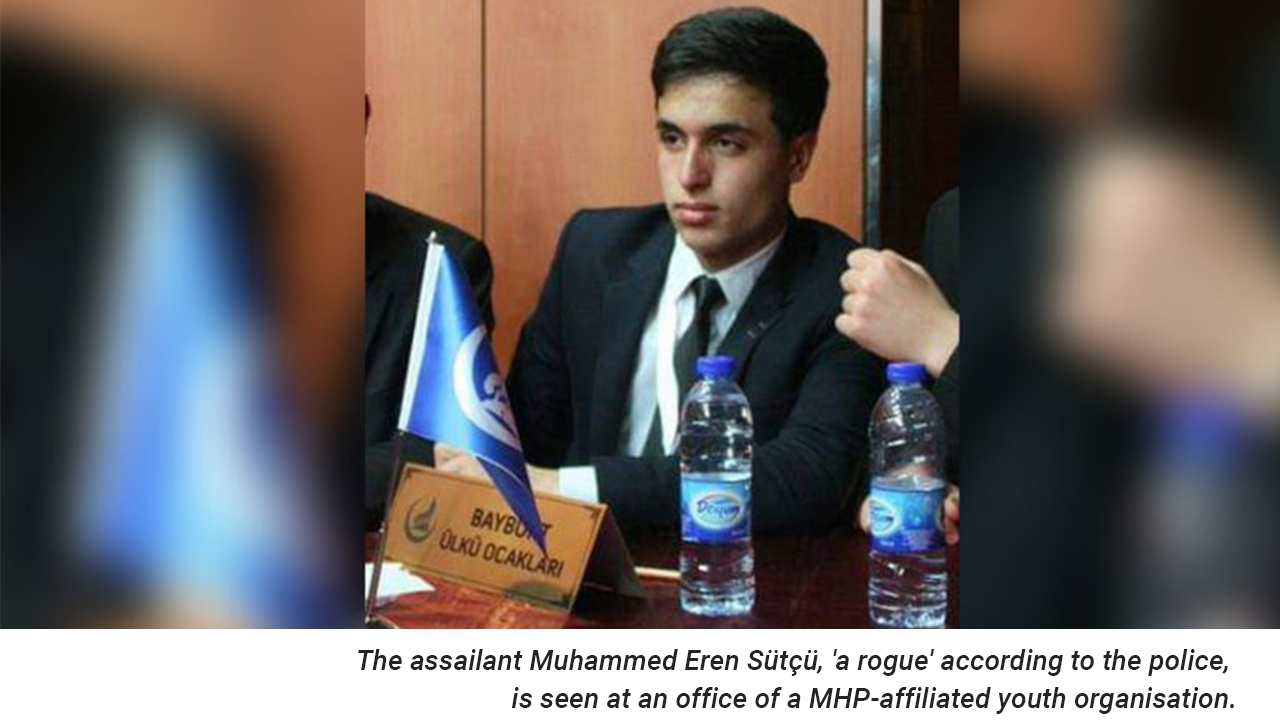 As the police referred to the assailant Muhammed Eren Sütçü simply as ‘a rogue’, it’s been recently discovered that he had posted pictures on social media showing him at an office of the ‘Idealist Hearths’, the unofficial youth organisation of the ultra right wing Nationalist Movement Party (MHP), a party with a traditional mission of acting as a paramilitary force and who’s responsible for the deaths of thousands of people in 1970s.