Trial over massacre of Kurdish family once again adjourned

In the trial of the massacre of a Kurdish family by Turkish security forces in the eastern village of Vartinis (Altınova) in 1993, the court’s ruling at previous hearings to issue a red notice for the fugitive suspect has not been implemented for months. The statute of limitations in the case will expire if it is not concluded by October.

A Turkish court on Thursday once again adjourned the case regarding the 1993 massacre of a Kurdish family by security forces in Vartinis (Altınova), a village in Turkey’s eastern Muş (Mûş) province, to 2 March. The reason for adjourning was the continued non-implementation of the decision to issue a red notice for the arrest of the fugitive suspect.

The court had ruled to issue a red notice for the suspect Bülent Karaoğlu, a gendarmerie commander captain at the time, in the ninth hearing in October, after rejecting the lawyers’ requests in previous hearings.

At Thursday’s 11th hearing of the trial, the court reported that the Turkish Security General Directorate’s Interpol Department had not yet completed the process regarding the issuance of a red notice for Karaoğlu.

The statute of limitations in the case will expire if it is not concluded by 2 October 2023.

On 3 October 1993, Turkish security forces burnt down the home of the Öğüt family, after they were accused of “aiding and abetting an illegal terrorist organisation”. A total of nine people in the house, including seven children between the ages of three and 12, died. 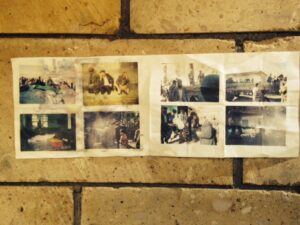 * Photos: From the museum, supported by Nusaybin Municipality, where the belongings of the burned house are exhibited.

Öğüt’s repeated filings eventually brought about a seven-year-long investigation process in 2006. A lawsuit was finally filed in 2013, twenty years after the massacre.

Three of the four defendants in the case have been acquitted, while the court ordered the arrest of the gendarmerie commander of the time, citing that he was the officer responsible for the operation. 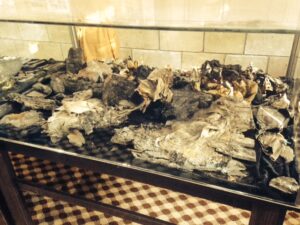 Most of the cases filed against serious human rights violations by the Turkish security forces during the 1990s, when the Kurdish conflict was at its peak, resulted either in complete impunity or with the suspects never being brought before a judge.

Turkish courts often do not define the cases against the state as cases of crimes against humanity and thus, drop the cases when the statute of limitations expires, despite a large body of testimonies and other concrete evidence existing.

Back in September 2022, the murder case of Kurdish journalist and writer Musa Anter was dropped due to the statute of limitations, 30 years after Anter’s death.

Another similar case regarding one of the symbols of Turkey’s enforced disappearances, Cemil Kırbayır, was also closed due to the statute of limitations on 28 December 2021.