It is well-known that 15 January is dedicated to Martin Luther King’s memory. It has been celebrated as a federal holiday in the United States since 1977. He was the leader of the legendary Civil Rights Movement of the 1960s, which put up spectacular resistance for the fundamental liberties and rights of black people and people of colour. He was eventually assassinated in Tennessee on 4 April 1968, which caused shock which reverberated worldwide.

During his time, there was a whole generation fighting against white supremacy and racism and for the civil rights of African Americans, including groups like the Black Panther Party, Black Power and many other radical organisations.

“The time is always right to do what is right.”

While commemorating the memories of revolutionaries in the person of Martin Luther King this week, it is necessary to evaluate the #BlackLivesMatter Movement, which started a new wave of resistance between 2013 and 2020. Half a century later, the Black Lives Matter movement sheds light on revolutionary grassroots movements in a new historical context. It is worth noting similarities and differences between the preceding Civil Rights Movement in the United States and today’s Kurdish people’s liberation movement in the Middle East.

The most revolutionary time in the USA’s history since its foundation was undoubtedly the decade between 1960 and 1970 when the people exposed the fundamental pillars of a capitalist system, namely racism, imperialism, and militarism, as never before. There was a wave of national awakening as uprisings came in series. Two of the bastions of American capitalism were being assaulted by marvellous grassroots resistance. Racism (white supremacy) and militarism (police brutality and prisons)… 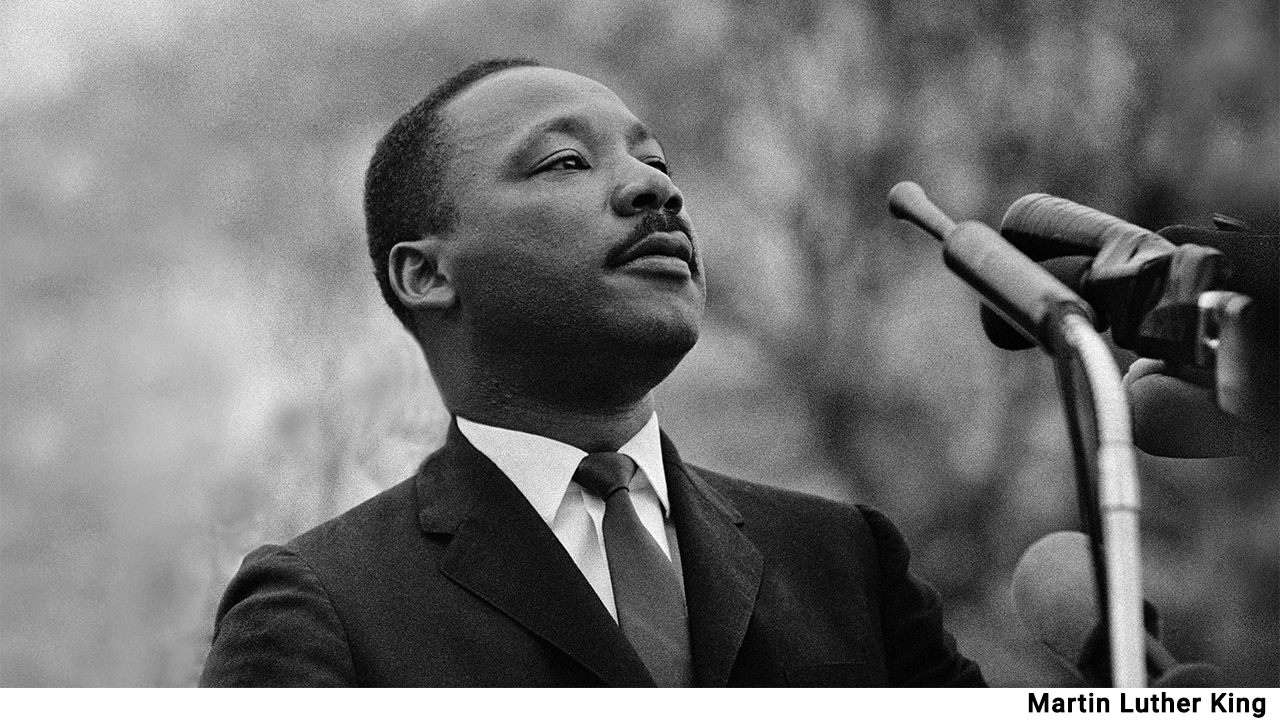 “Our lives begin to end the day we become silent about things that matter.”

And the prevailing system immediately put into practice its own particular war strategy. It began to suppress the resistance of black people and the anti-Vietnam war actions by the use of conspiracies and mass media propaganda reports. The government launched a new wave of fascism against activities involving left and communist ideas. Reviving the Ku Klux Klan organisations and communist-hunting pogroms of McCarthyism, the establishment succeeded in suppressing the rebellion with intense manipulative and ‘politically correct’ rhetoric.

In even the most liberal democratic circles, the definition was: Yes, there is discrimination, segregation, and injustice. But the glory of the American nation must be our priority; black, communist and extremist terrorism cannot be tolerated! As a result of these pogroms, many local leaders were killed, notably Martin Luther King and Malcolm X, the two of the most charismatic leaders of the African American liberation movement. One after another, Black Panther Party’s leaders were purged by murders, the death penalty, or life sentences. It will shocking to some readers to learn that many African American activists are still incarcerated; some have been in prison for 48 years now.

“Life’s most persistent and urgent question is, ‘What are you doing for others?”

To subdue this great mass awakening and organised revolt, the state made Martin Luther King’s birthday a national holiday. They hoped to appease the people, to deter them from resistance and to dilute King’s memory and heritage. In this way, they were able to divide opposition into two types: so-called ‘radicals’ and ‘democrats’.

Over time, American capitalism could no longer withstand the considerable resistance coming up from below. The only way to regain the legitimacy and stability of its regime was to have a black president elected. This is how it survived the 2008 recession, one of the most recent significant waves of economic crisis in the history of capitalism. The bill for this recession, as always, was charged to the black community, who make up 14 per cent of America’s population and have been the most oppressed and exploited class since the settler-colonial rule was established.

This exploitation process, of course, was carried out in parallel with the policies of more oppression, murder, torture and discrimination. Under a black president, paradoxically, black people were once again the most oppressed and exploited, by more sophisticated and systematic means, to the greatest extent since the 1960s. Many blacks were killed in increasing police violence, and the perpetrators were acquitted by the courts. Mass media propagandised stereotypes against the black community. During the Jim Crow era, such stereotypes were the “culture of poverty” and “embedded criminality”.

And finally, the Black Lives Matter Movement, which protested against the Ferguson murders in May 2013, led by ordinary activists, quickly spread all over America with the now-available social media. With unprecedented support, this movement spearheaded spectacular revolutionary upheavals in 2014, 2016 and 2020. In the spring and summer of 2020, when the strictest closure measures against the covid pandemic were in effect, millions of Americans responded with the most powerful protests ever in the history of America after the killing of a 50-year-old black man named George Floyd in the city of Minneapolis by a police officer who knelt with his full weight on his neck for nine minutes.

“Nothing in the world is more dangerous than sincere ignorance and conscientious stupidity.”

When Donald Trump, the ultra-conservative Republican candidate for white supremacy, opposed his Democrat rival Hillary Clinton in 2016, he won the election by terrorising the black movement and bringing nationalism to the fore as much as possible. Yet this same political tactic would have the opposite result in the 2020 November elections. The media companies in the hands of the administration and the dominant press apparatus, which used a different broadcast line due to the election, were increasingly deprived of the reasons to criminalise this movement.

The Black Lives Matter movement, led by three female activists and organised through social media, is an anti-colonial, anti-patriarchal, and class-based movement that has lasted for many months so far. The programme, whose demands and principles are expressed clearly and distinctly in a completely decentralised manner, encourages organisational transparency and as much participation as possible. They ran a freedom campaign which for the first time in American history, has become internationalised, and exposed racism to such a large extent that it succeeded in attracting the attention and involvement of white people too, and has spread to major cities of the world with a substantial colonial heritage.

They have established a new tradition so that no one will again dare to criminalise African-American resistance to terrorism. Therefore the fascist organisations such as the Proud Boys, the updated version of the Ku Klux Klan and McCarthyism, have already been exposed as violent and coup-prone gang groups in society.

From the Abolition of Slavery at the end of the American Civil War to the first decade following the Second World War, fear of a socialist revolution led to the resurgence of new slavery with the initiation of the recent pogroms against African Americans. But it has met with great resistance. Finally, during the last decade, it has ceased to exist as a part of the unique war games curriculum of the state, as a result of Black Lives Matter, the most popular movemen tever.

For nearly 500 years, since the founding of the Modern World System, capitalism has consistently held itself up with racism, militarism, and imperialism. The people most exposed to this have been African Americans, Native Americans, and other people of colour. Yet it is quite clear that the more cracks appear in the pogroms, accusations, and rhetoric of terrorism, the more the structure of capitalist modernity crumbles.

“We must accept finite disappointment but never lose infinite hope.”

In comparison, the freedom struggles of the Kurdish peoples, whose context and histories are very similar, could even be called the blacks of the Middle East, have been living through similar experiences. With 150 years of national liberation struggle, the Kurdish peoples have continued their revolutionary and democratic nation-building process for 43 years under the Kurdistan Worker’s Party (PKK) and Abdullah Öcalan . This last liberation movement was founded under the most horrific conditions of genocide. By contrasting and comparing, we can see clearly that the manifold terrorism labels, counter-guerrilla tactics, and unique warfare strategies were all created by the United States. Thus, it is NATO-inspired policies that Turkish genocidal colonialism has validated against Kurdish uprisings and grassroots opposition movements.

The more this process breaks down in America, the more exposure fascism in Turkey receives. Öcalan and the PKK resistance have been met with great sympathy by the peoples of Turkey, especially those of the working classes. It has been increasingly understood that the only force that can bring about democratic change, equality and justice is a workers’ resistance force led by the Kurds . Just as it is a fact that everyone who believes in equality and justice now agrees that the change in America will be brought about by the resistance of the working classes led by the black peoples.

Suggested reading list for those who are interested in understanding the history and the present of this subject.