The war against women in Southern Kurdistan

On March 7th, 2022, just a few hours before the start of March 8th, also known as International Women’s Day, another femicide occurred in the southern Kurdish capital Erbil. 20-year-old Iman Sami Maghdid, also known as Maria, was murdered in cold blood. Several shots ended her life; presumably, her 18-year-old brother and uncle were behind it.

The South Kurdish (Iraqi Kurdistan) public began the ceremonies on International Women’s Day with more shocking news, part of a series of cruel murders of women since the beginning of 2022. As if the news of the murder and the perpetrators, who often fled, weren’t bad enough, all sorts of political parties and personalities took this day as an opportunity to announce their supposed commitment to the issue of women’s liberation. Unfortunately, they are nothing more than platitudes, which was made clear by the fact that on the evening of March 8th, a radio interview was aired by what is one of the largest broadcasters, K24, where Maria’s brother and murderer was able to explain the motives of his cold-blooded murder for almost 15 minutes uncensored and without criticism – while he was still on the run.

The video was deleted only after a public outcry, but that did not help. 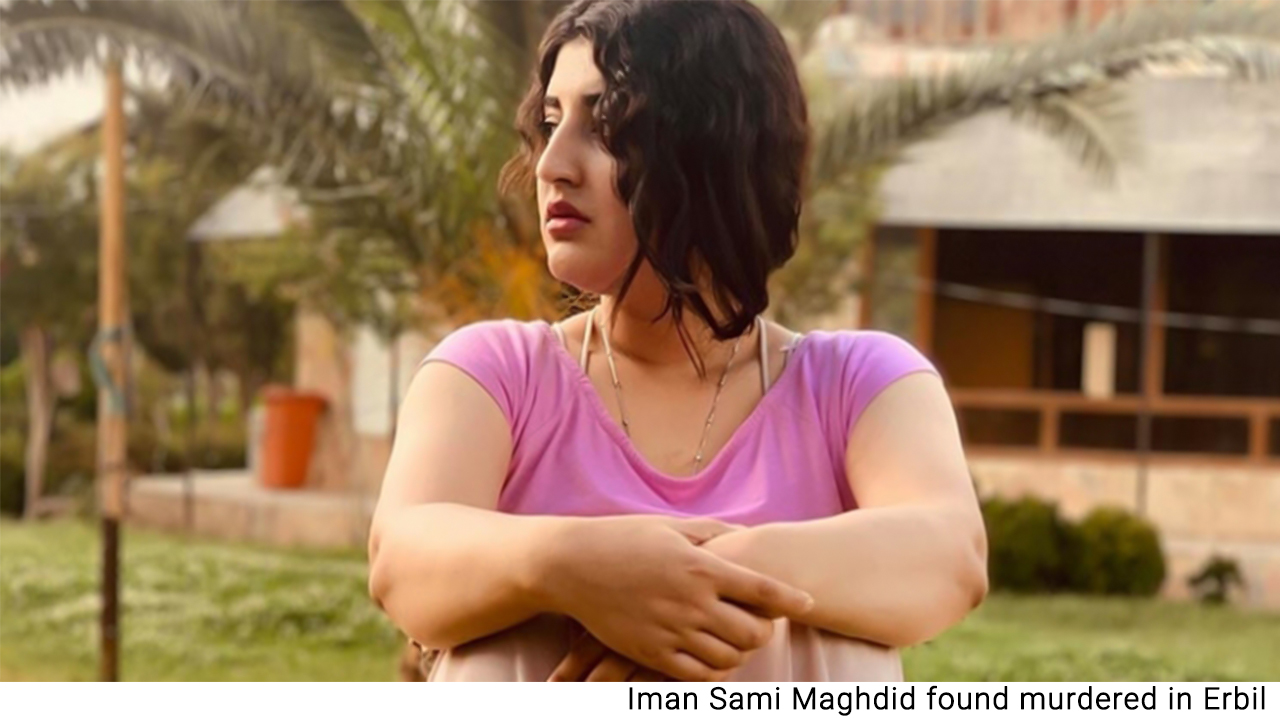 For the entirety of March 8, social media comment columns were awash with people who, as always, condoned the murder. Old pictures of Maria were passed around, in which she was still wearing a hijab, and people commented, “see, this is what happens when you leave your faith”, as many speculated that Maria converted to Christianity. Lies and slander were spread about her, and men and women threw themselves into a contest to see who could blame her most for her murder. By March 9, the brother was found in Kirkuk and detained, but until then, a large part of the Kurdish public managed to assassinate Marias’s character post mortem. 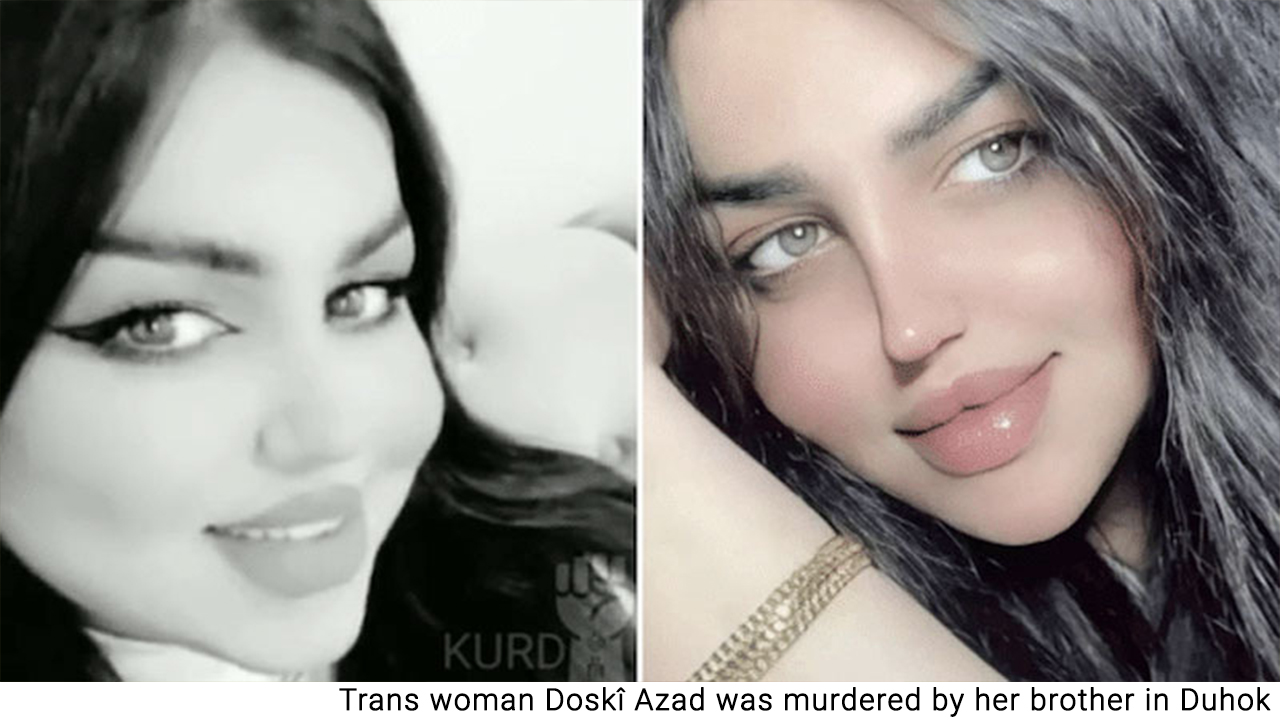 Kurdish media and the public’s treatment of other cases of misogyny and femicide in the last months have not shown remorse or respect for ethical values either. For example, when the trans woman Doskî Azad was murdered on 5 February by her brother and disposed of in the mountains of Duhok, many found the case to be a funny incident, making jokes about it and disrespecting her in the worst way. In articles, she has been repeatedly called with wrong pronouns, a man with makeup on, and even pre-transition pictures of her were shared. Her murderer has not even been caught yet and is assumed to be hiding in Germany.

According to various organizations, the number of femicides in 2022 is 15, but the number of unreported cases is far higher. For example, when women from powerful families are killed by family members, it is successfully kept secret, and sufficient bribery of the authorities involved places a veil of silence on their cases. So, the initiative by the Deputy Prime Minister of the Kurdistan Region, Qubad Talabani, that victims of femicide may never again be buried without an inscribed gravestone is a good one, but that presupposes that the women killed are even registered as victims of femicide and that their families allow their names to be displayed.

Women work like men but also do the care labor

However, the war against women begins far before the crime of femicide. Femicide is just the tip of a gigantic iceberg of women’s social and capitalist exploitation in Kurdistan. While in the family models of the time, men pursued employment and women took on the care work like housewives, the completely deregulated labour market in the Kurdistan region today does not allow any such life planning.

Young women, in particular, make up a huge chunk of the private sector workforce, especially since the region’s notoriously overcrowded public sector can no longer hire people. If these women are also wives and mothers, care is often left to them. In short: women work like men in modern Kurdistan, but at the same time, they also have to continue the entire spectrum of classic care labour.

In addition, in many areas of work, there is hardly any real security against sexual harassment, and even if it can be proven that it has happened, people are reluctant to report it or, for example, to be a witness for those affected. 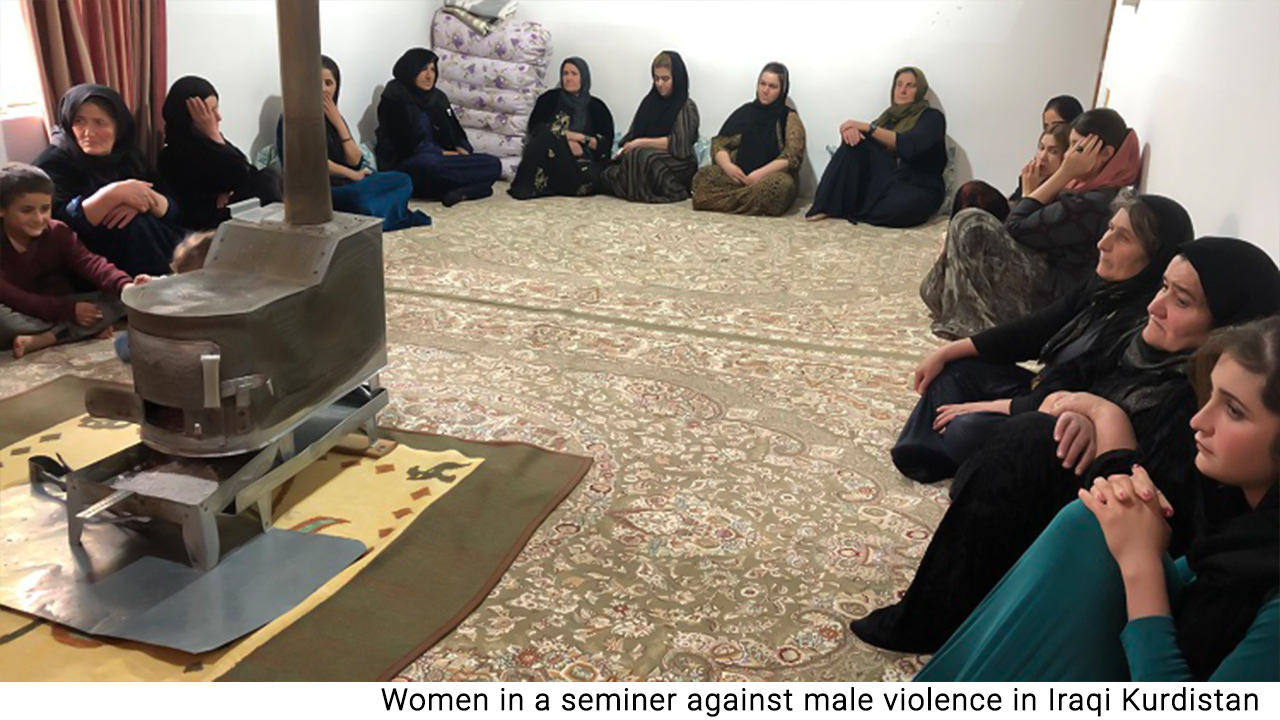 The situation is even worse for women who do not fully belong to the citizenry of the Kurdistan Region. Young Yazidi women and young Kurdish women from Iranian-occupied Kurdistan suffer significantly from social stigmata and economic exploitation. Time and again, young Yazidi women in refugee camps end their lives because the ISIS genocide and femicide is such a collective trauma that it can hardly be managed by individuals alone. The situation is just as bleak for Kurdish women from Iran who are leaving the theocracy in search of work and freedom for the Kurdistan region. They are, in many cases, brought into a relationship of dependency by human traffickers and pimps in the large metropolises of Kurdistan and forced into prostitution. An equally bad and ridiculed phenomenon are many of the so-called “models”, young women who are stylized as “influencers” to become public figures, who are revealing themselves on social media and are made a fool of in talk shows, while their situation is not funny at all in the background as they are under pressure from political power figures who exploit them economically and sexually.

The capitalist crisis in which the entire world and the Kurdistan region are stuck is being carried out on the body of women. Kurdish public resembles an audience who find a distraction from their exploitation by voicing their hate speech week after week. Whether religious or secular women, cis or trans women, they are all publicly exploited. The fight against women is stylized as a public pleasure rather than a problem to be solved.

Perhaps in a Marxist sense, the hatred of women and queers is the new opium for the people, bringing the much-needed distraction of the masses that the elites need.

A class war in itself

A look at the streets of Kurdistan shows that there are repeated protests by students and workers, that prices are rising, that economic mismanagement has brought about ever more intolerable conditions.

Dealing with an increasingly misogynistic society must go far beyond only wanting to “teach” them better. Still, they have to ask themselves whether, in the end, the war against women is, as often put forward, a class war in itself. 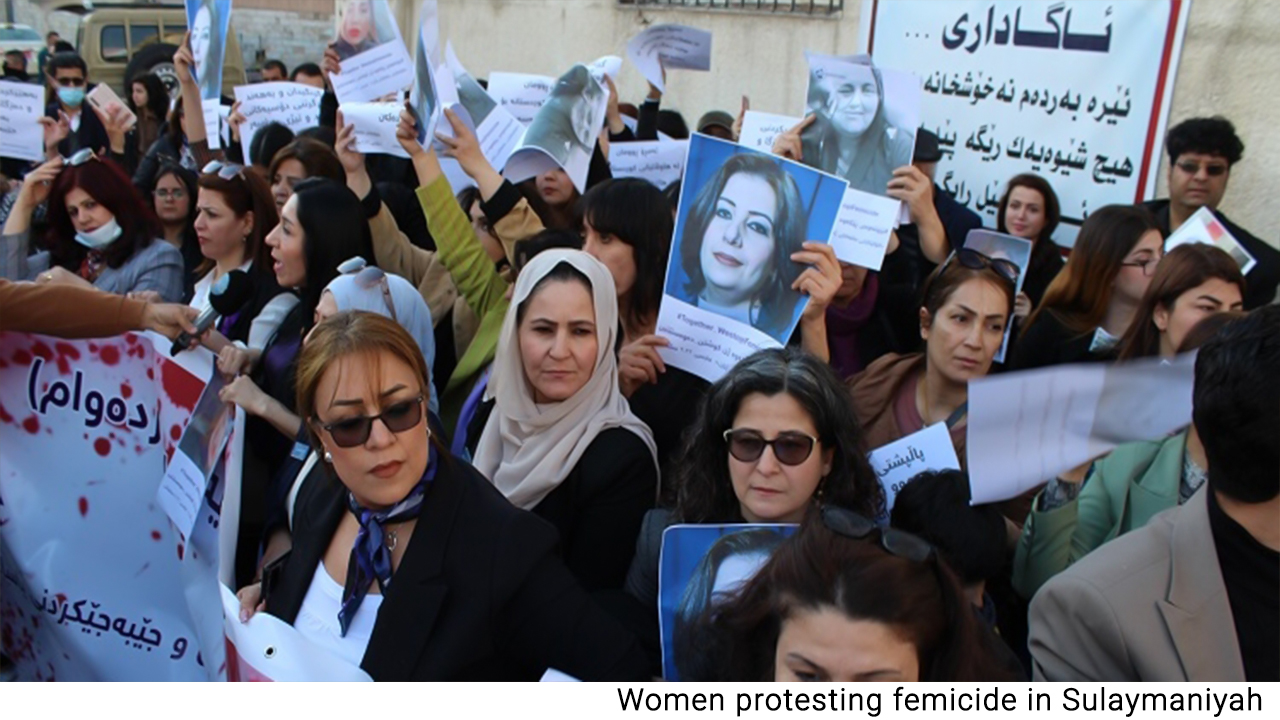 Previous feminist approaches to action that only rely on symbolism and hardly include economic exploitation in their analysis have failed miserably. In the end, the most disgusting Islamist priest is the tool of a system that profits off of the many layers of exploitation that are at play here. So, if you want to fight femicide in the future, you have to ask yourself the question: Who benefits from the fact that women suffer? That is when you understand that Kurdish media do not do a horrible job because they do not know better but because there is an agenda in how discourses are led in Southern Kurdistan.