Khanzad were a rock band that formed in Erbil, south Kurdistan, in 1980. At the time they were unique in being the only all-female musical group in Kurdistan and Iraq.

Wirya Ahmed, a Kurdish musician from Erbil, began training young women for the band in 1980. Khanzad recorded a couple of tracks for the Kirkuk Channel as well as performing at various music festivals throughout Iraq. Their songs included: “Mina My Life Mina”, “Hop Zindan w Hop Zindan”, “Dak Namenm Alazza”, “Aishoky Dalaly”, “Waztazamma and Waztazamma”, and “Khan Amiry”, along with poetry by the great Kurdish poet Goran which was set to music and arranged by Ahmed.

Naska Ezadin, the flute player of Khanzad, and Wirya Ahmed, who was the band’s manager, talked to MedyaNews about the history of the band. 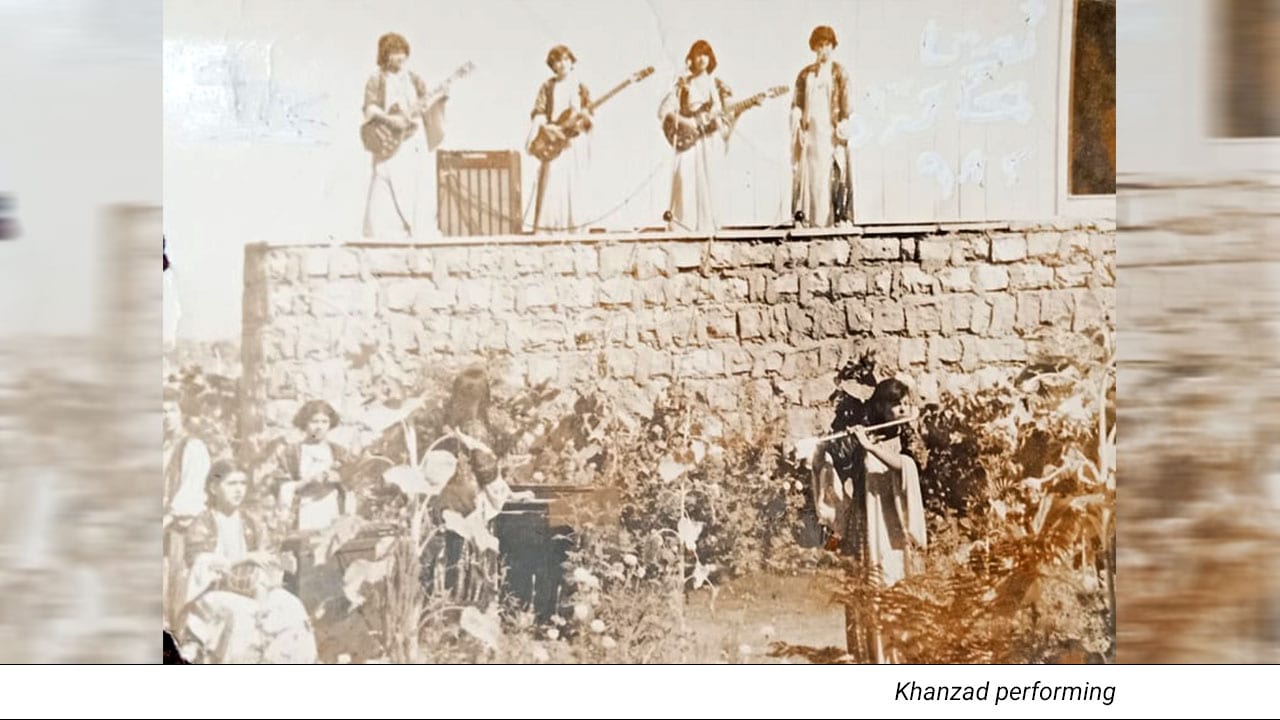 Ahmed named the band after a Kurdish woman from history. “After prince Sleman Beg was poisoned by his enemies, his wife Khanzad took his place in ruling the district”, he said. “Khanzad died in 1957 in Baghdad. I wanted to name the band after such a brave Kurdish woman. This we can say was a radical step for the women’s movement in Kurdistan, because we had rarely seen the participation of women in cultural, political and social fields”.

Two of the active members of the band were Viyan Fiaq, the lead singer and the guitarist, and Naska Ezadin, who was a graduate of music at the fine arts university in Mosul and played the flute. 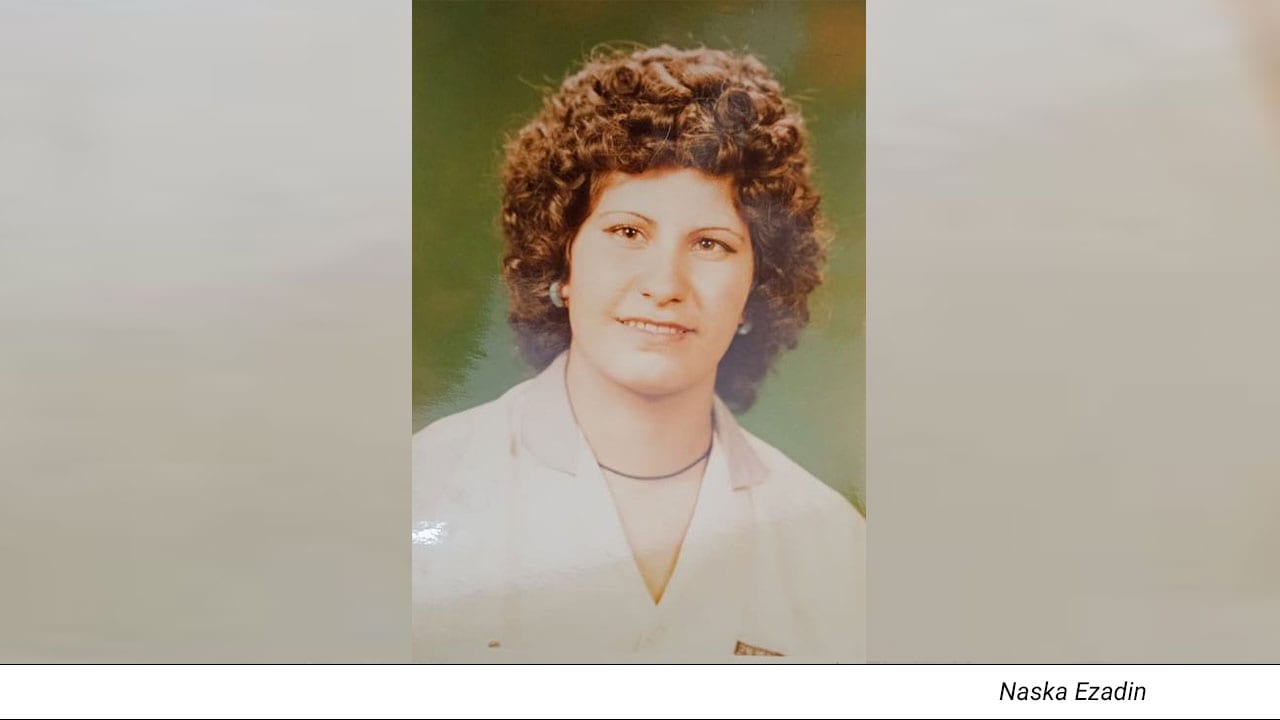 “Back then families barely let their daughters participate in such events and groups. But luckily my family were helpful and supported me”, said Ezadin. “Mamosta [‘teacher’] Wirya was a person with character and a good artist. When my father knew Mr Wirya was the manager, he supported me and my sister to go and participate in the band”.

Ahmed stressed that “at that time, especially in Erbil, women’s participation in cultural and social events was minimal. Some Khanzad members faced patriarchal pressure from their families as well”.

Ahmed recalls a memory from a music festival in Baghdad. “When we arrived to the festival area we saw that the women in other bands were only providing backing vocals with a small role in their bands. When it was our turn to sing our songs we saw great interest and support from the audience. The audience were surprised at such an achievement by women”. 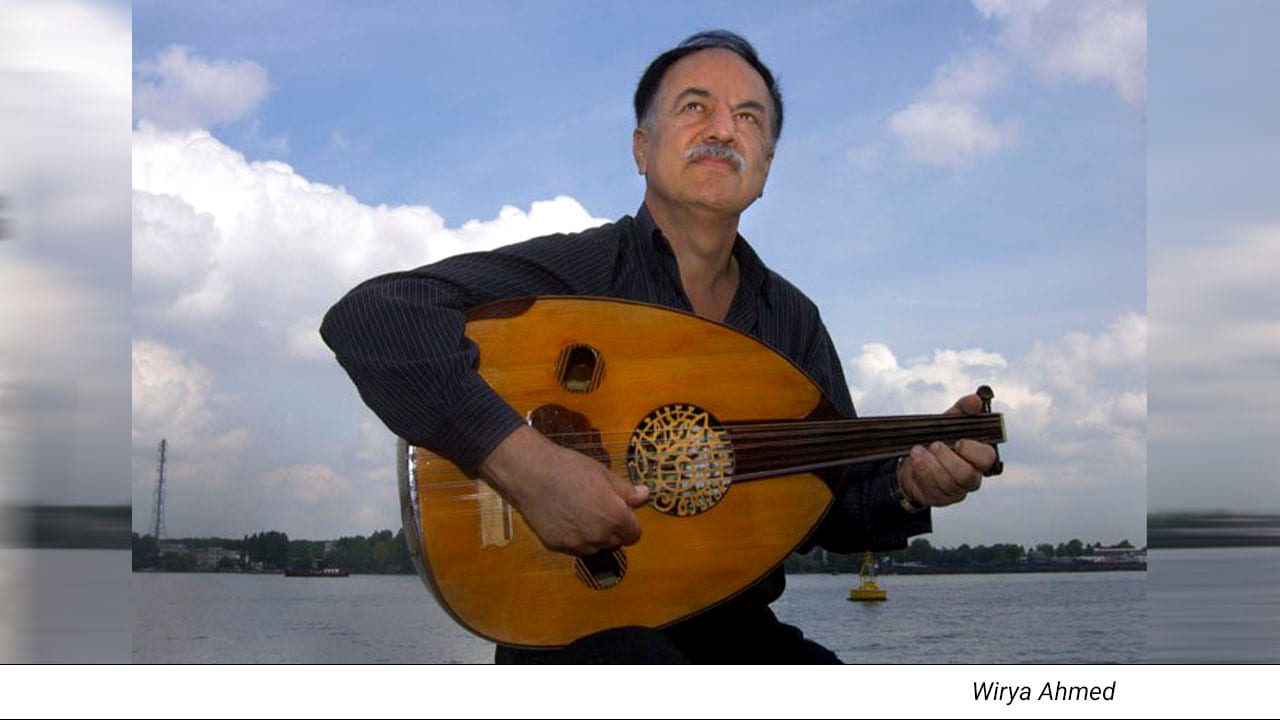 On the other hand, Khanzad also faced cultural pressure and negative responses due to the religious beliefs and traditional culture. “At that time working in the field of art and culture was difficult for women”, said Ezadin. “We faced many social obstacles, but we made it through all the obstacles and performed our art. The unbelievable part for most of them was when they saw that we have mixed eastern and western musical instruments”. 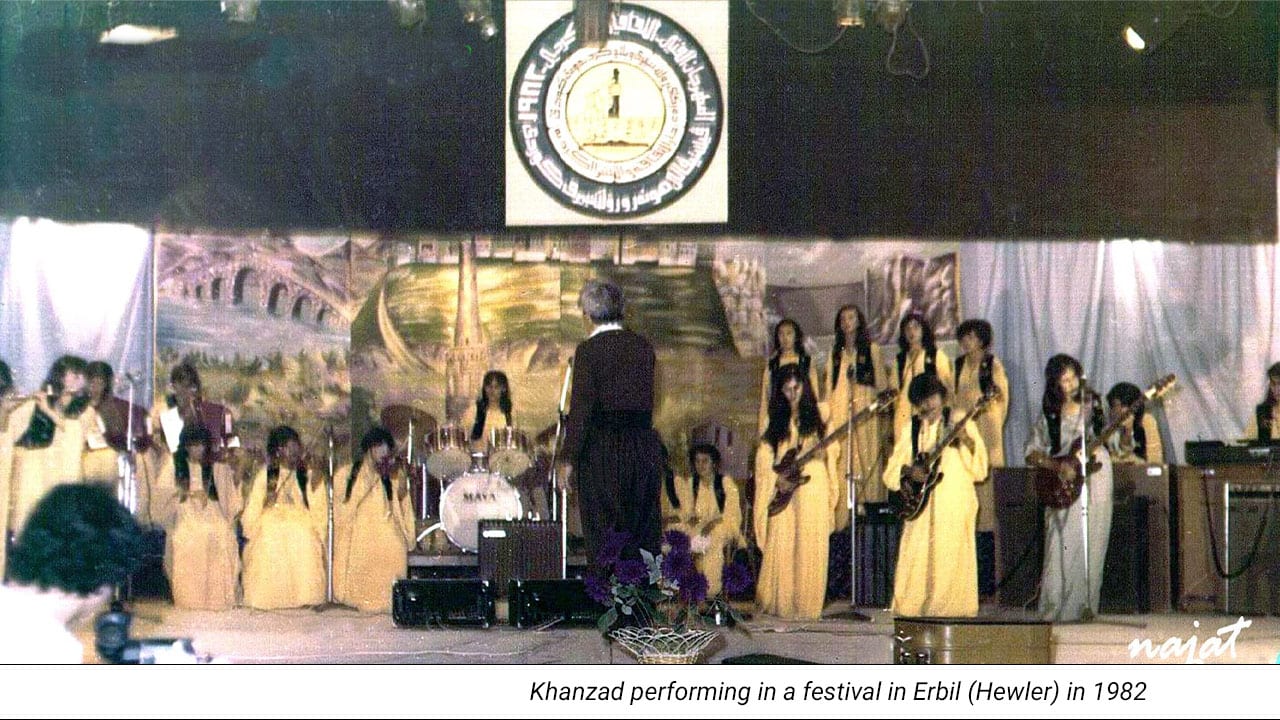 Very few members of the younger generation remember Khanzad today as there are only a few videos left of their performances and a lack of recordings.

During the war between Iran and Iraq the Ba’ath regime increased the pressure on Khanzad, pushing them to sing political songs for the dictatorship.

Ezadin explained the pressure on the manager of the band: “They asked Mr Ahmed many times to write about the Iran and Iraq war or compose political poetry, but he always rejected the demand. He loved the members as his own daughters and he didn’t want to bring us into politics”.

Along with this pressure, Wirya Ahmed abandoned the band. “As I remember it was twice that they forced us to play for political parties and this caused our band to seperate”, said Ezadin. “In 1980 I was only a teenager. I didn’t understand most of what was going on, but I was aware that Mr Wirya had meetings with the head of the women’s union and asked them to not use us for political purposes. I suppose this was what caused him to leave the band”.

Recalling those days of political pressures Ahmed said, “From the beginning, when I was asked to train the women’s band, I made it clear that I will never include political songs, and they promised me that they would never ask such a thing from me. As time passed, Paiman Khalis informed me that it was the president’s demand that I have to compose a song praising Saddam Hussein or the Ba’ath regime”.

After Wirya Ahmed quit as manager of Khanzad, Sherzad Uzerri and some other managers took his place, but after a while the band was separated.

“After the band ended, we all took different paths”, said Ezadin. “I went to the fine arts university in Mosul, a few of the girls went abroad. After finishing fine arts, I kept an active relationship with arts and music. Later on, due to my shortness of breath, I backed off from playing the flute. Now I do accessory designs which is also an artistic mission. Now I feel proud that I was a member of such a pioneering band”.