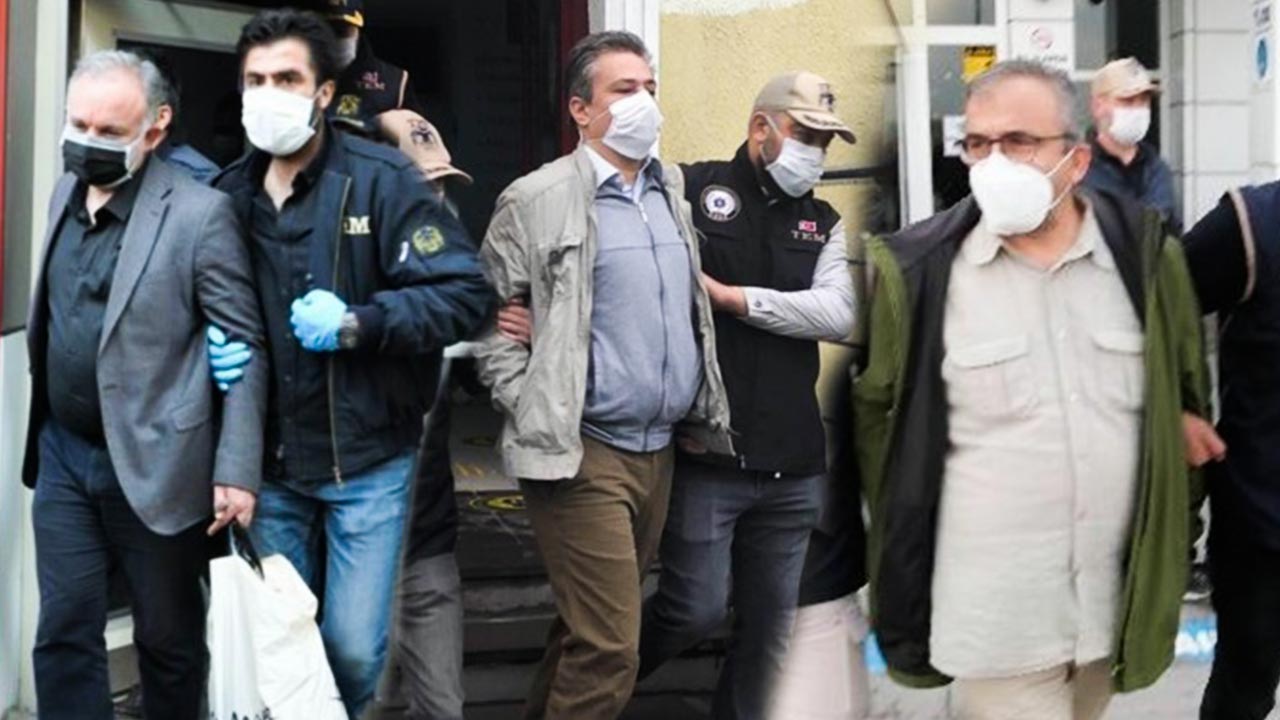 It is election season once again in Turkey. But we face an irony, stuck between the ruling power’s fear of losing and the main opposition’s fear of winning.
The political agenda has been transformed by operations against those who dissent from the instructions of the ruling Justice and Development Party (AKP).

The operations carried out against the Peoples’ Democratic Party (HDP), as well as against leftists, socialists, and progressive movements, are open expressions of ‘one-man rule’-based politics.

History has shown us that the most ominous threat to all ‘one-man’ governments has been the possibility of losing their power. Therefore they use anti-democratic methods to preserve their power.

Suppressing all objections by organising communities that are inclined to follow chauvinistic policies is another known method.

The AKP gathering the nationalists and radical Islamists around itself to use them as a walking stick for its halting leg is a common sight for anyone who keeps a close eye on Turkish politics.

The reason for this halting step is the unbending stance of the HDP, which supports the democratic opposition of Turkey and increases the opposition’s motivation.

The underlying reason for Recep Tayyip Erdoğan’s hatred is that former HDP co-chair Selahattin Demirtaş took a strong stance against his goal to form a ‘one-man rule’ during the 7 June 2015 presidential elections, with the slogan “We will not allow you to be the President”.

The alliance that the Kurdish political movement formed with democratic and leftist forces as part of the ‘radical democracy’ discourse had a significant influence on voters. The HDP gained 80 seats in the 7 June elections. Getting ahead of the Nationalist Movement Party (MHP), the HDP became the third opposition party of Turkey and its election success interrupted the ‘one-man rule’ dream of Erdoğan. 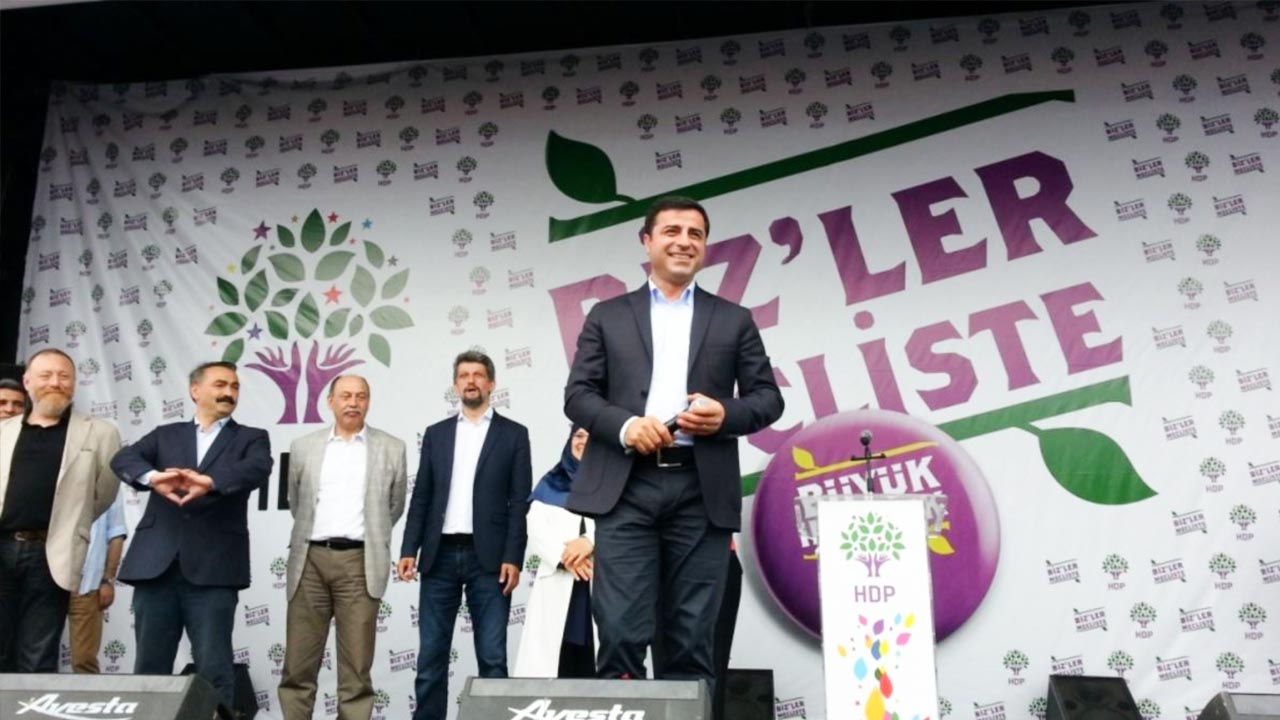 This not only caused panic for the rulers but also disrupted the rigid structure of the government, which was based on a Turk-Islamist synthesis.

It was the first time that a vital crack appeared in the government’s anti-democratic ideological structure, and the only way to recover the damage was to label the HDP as a threat and weaken it through enabling all formal and informal tools of governmental oppression.

Following the 7 June elections, an early election decision was made on the pretext that “the government could not be formed”. The state-directed bombs launched and exploded everywhere. Somehow the Islamic State of Iraq and Syria (ISIS) appeared and targeted the HDP, the most important democratic force in the country, and its allies, leading to untold bloodshed. 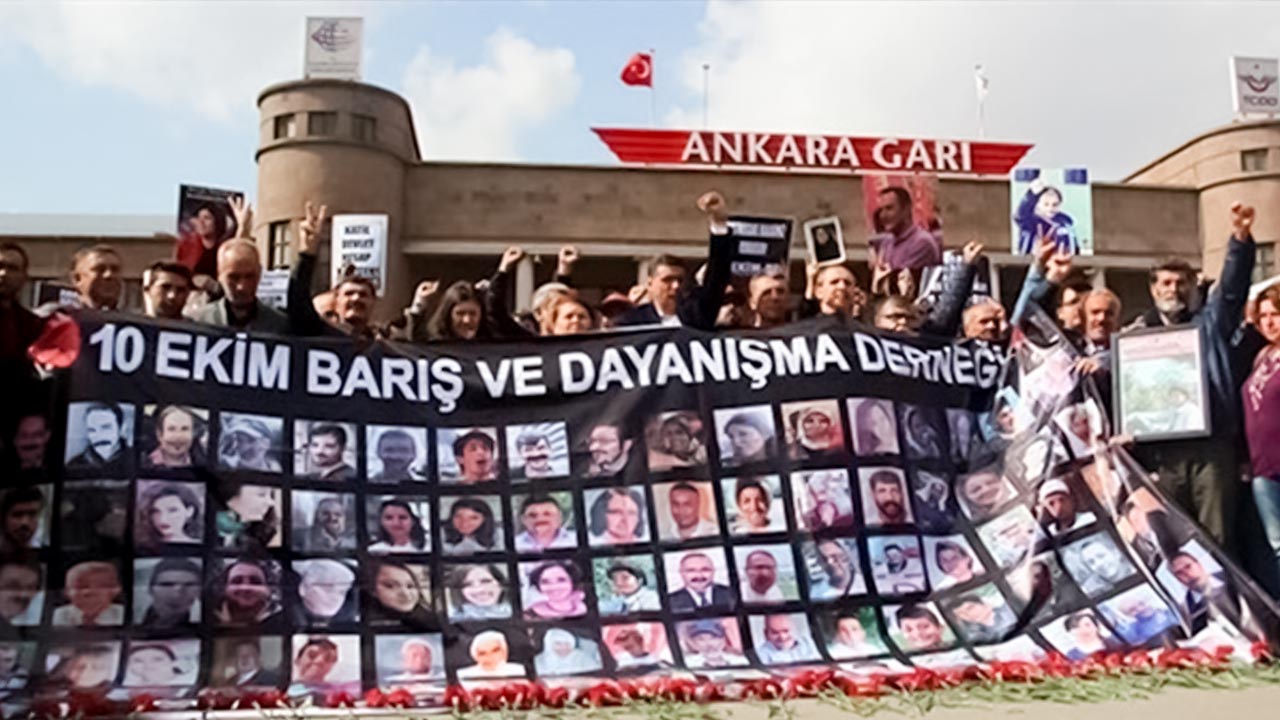 The AKP aimed to gain 400 seats and become the ruling party, claiming that “otherwise the chaos will continue”. The party did not hesitate openly to take up arms.

The whole country was turned into hell in a period of about six months, and the AKP achieved its goal by winning a landslide ‘victory’ in the June elections, resulting in hundreds of deaths and lynchings.

My aim is certainly not to tell the whole story once and for all. It is only right, however, to consider the history.

Though the HDP was heavily affected and weakened by organised violence, it did not lose its ability to shift the political balance. The HDP’s strategy was to make the AKP fail, and the AKP lost the municipalities it was running for in the 2019 local elections.

This set the judiciary and security bureaucracies, which were under government control, against the HDP, dissident journalists, and non-governmental organisations.

It also normalised policies of hostage-taking and blackmail, drawing them to the centre of politics and bringing to mind Hitler’s Propaganda Minister Joseph Goebbels’ remark: If you tell a big lie often enough, people will believe it.

The operations against the HDP increased in order to remove its determining role and paralyse it.

It seems that the ‘one-man rule’ aims to eliminate all obstacles with a few assaults, while also laying siege to the election-indexed main opposition party and its periphery.

We face an irony, stuck between the ruling power’s fear of losing and the main opposition’s fear of winning.

The main opposition is avoiding discussion of the fact that the AKP will never call an election which it will lose, because this will in turn lead to the opposition’s reason for being to become a matter of discussion.

While attempting to convince people that the AKP will consent to leave power, the main opposition also normalises all anti-democratic forces by claiming “they will lose sooner or later”.

When the AKP lost the elections in 2015, it demanded the power to end the chaos and showed the extent of its willingness to achieve this.

Now it demands that the party’s opponents, and indeed the whole country, “surrender” to its rule.

Warrants issued against 82 people in the Kobanî operations in Turkey

Warrants issued against 82 people in the Kobanî operations in Turkey