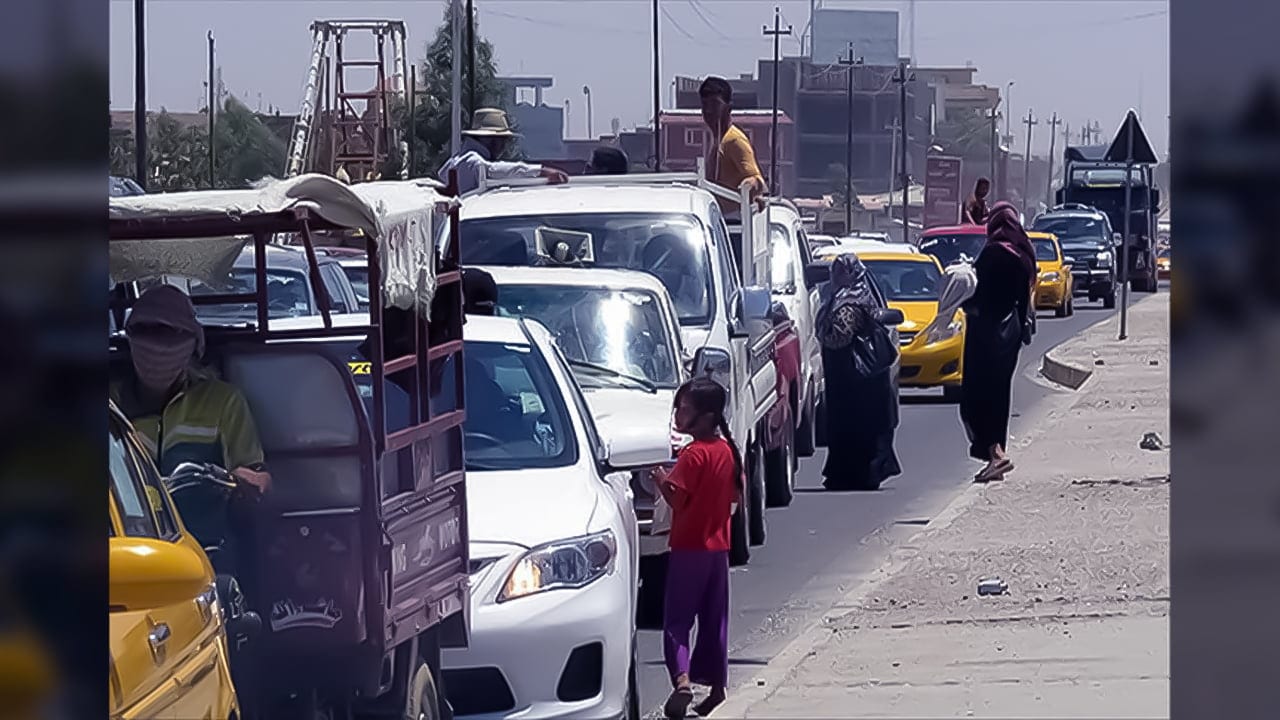 In the streets of Sulaymaniyah a wide range of women and children can be seen begging. Some are doing it to earn a living, some are under pressure, and others are working as prostitutes.

Most are poor, elderly, or people with special needs. Others like to beg and even if they are paid more than they ask for, they don’t quit. Those who beg under pressure are usually children, orphans or old women.

Ayub Hassan, an economic expert, says, “Begging phenomena can be divided into two classes: one is those who beg as a habit, their main cause is not financial needs. And the second is those who beg because they need the money. In other words, their financial situation is directly affecting their need to beg”.

After speaking with some beggar women, many explanations were proposed, but the only experience they all shared was sexual harassment.

One of them said, “I work for the man who is currently sitting inside that taxi in the next block. Don’t look at him so that he doesn’t find out that I’m speaking to you about him. I have no one and no place. During the day I’m on the streets, and at night I go to that man’s house. In return, I give him the money that I receive each day”.

Another woman said, “A man took me and we married, then he left me in a house in the Sitak district. He used to come to me once or twice a week. I lived like that for three months. Then one day he brought me back to the city and left me on one of the streets. I never saw him again”.

“I went with men many times; they didn’t even pay me after having sex with me”, said another beggar. One of the women said “The children I hold in my embrace, I don’t know who is his father!”

When asking each of the women the reasons for begging, they replied, “we need money”. Financial problems are the main reason for the increase in beggarson the streets.

In Kurdistan there are more than two thousand beggars. Most of them are in Erbil, followed by Sulaymaniyah. Eighty percent of beggars are foreign refugees. Gypsies make up 10 percent of the beggars and internal beggars make up another 10 percent.

Social expert Shaswar Sdiq said, “Begging is a social phenomenon and it exists in every society. It only differs in rate and percentage”. He continued, “those who lived longer and have a history with the region have a lower chance of becoming beggars, but the ones who come from outside and have no degree are obliged to beg to earn a living”.

“There needs to be a project supported by law in order to solve this phenomenon”, said Sdiq, “there should be a specific place built for them to instruct them. This can be done through collaboration between social experts and psychiatrists and human rights organisations”.

Shirin Tahir, a writer and Tawar Magazine staff member, said, “Solving this phenomenon becomes a collaborative act, but it mostly needs to be on the shoulders of government and the minister of social work. Raising awareness can be taken care of by civil and women’s organisations”.