A former Turkish intelligence officer said the assassination of the gendarmerie general Bahtiyar Aydın in Oct 1993, which triggered a mass war crime and largescale massacre of Kurdish civilians, was a plot of deep forces within the Turkish army. He confirmed that a military officer who died of a stroke in 2015 was actually the person who was ordered to organise the plot.

The unsolved case of the assassination of a high ranking Turkish military officer has been brought to the surface once again as a former Turkish intelligence personnel providing information to the Turkish daily Yeni Yaşam on condition of anonymity said they had reached the evidence during investigations, that Tunay Yanardağ, a senior lieutenant at the time of the incident in 1993, was the person who was assigned to carry out the organisation of the assassination.

He also named Fahri Kasırga, the current chief presidential adviser, as one of the key figures who tried to derail the investigations on the assassination during 2000s.

The assassination of Bahtiyar Aydın

On 22 October 1993, brigadier general Bahtiyar Aydın, the regional commander of the Turkish gendarmerie forces in Turkey’s southeastern province of Diyarbakır, was shot and killed in the district of Lice under circumstances that have remained unclear.

After Turkish government sources claimed that he was killed by militants of the Kurdistan Workers’ Party, PKK, the town of Lice was raided by the Turkish army, resulting in the wide spread massacre of dozens of Kurdish people and mass forced displacement of the Kurds living in the town and district.

Yanardağ, one of the two suspects in the Bahtiyar Aydın assassination case which was finally brought to court in 2013 after 20 years, died of a stroke in August 2015, while the other suspect, Eşref Hatipoğlu (Diyarbakır Gendarmerie Regiment Commander at the time of incident), got acquitted in December 2018.

The intelligence operative who claimed that he was involved into the investigations on the covert operations of the Gendarmerie Intelligence Organisation (JITEM), the existence of which has never officially been recognised by successive Turkish governments) told Yeni Yaşam that the trap was set by a staged attack on a police vehicle.

When Bahtiyar Aydın was ordered to investigate the incident personally, he went to the headquarters of a commando brigade by helicopter and was shot dead as soon as he arrived.

“The Kanas [Dragunov] sniper rifle used in the assassination was gotten rid of, as was a bullet that hit a wall,” the source said. “The rifle was burned and melted down. There was nothing left for the autopsy; no finger prints, nothing. They then went on with a three-day curfew and razed the town of Lice. They shot people from helicopters. Elements of JITEM and the Turkish Revenge Brigades burnt down houses, shops and offices.” 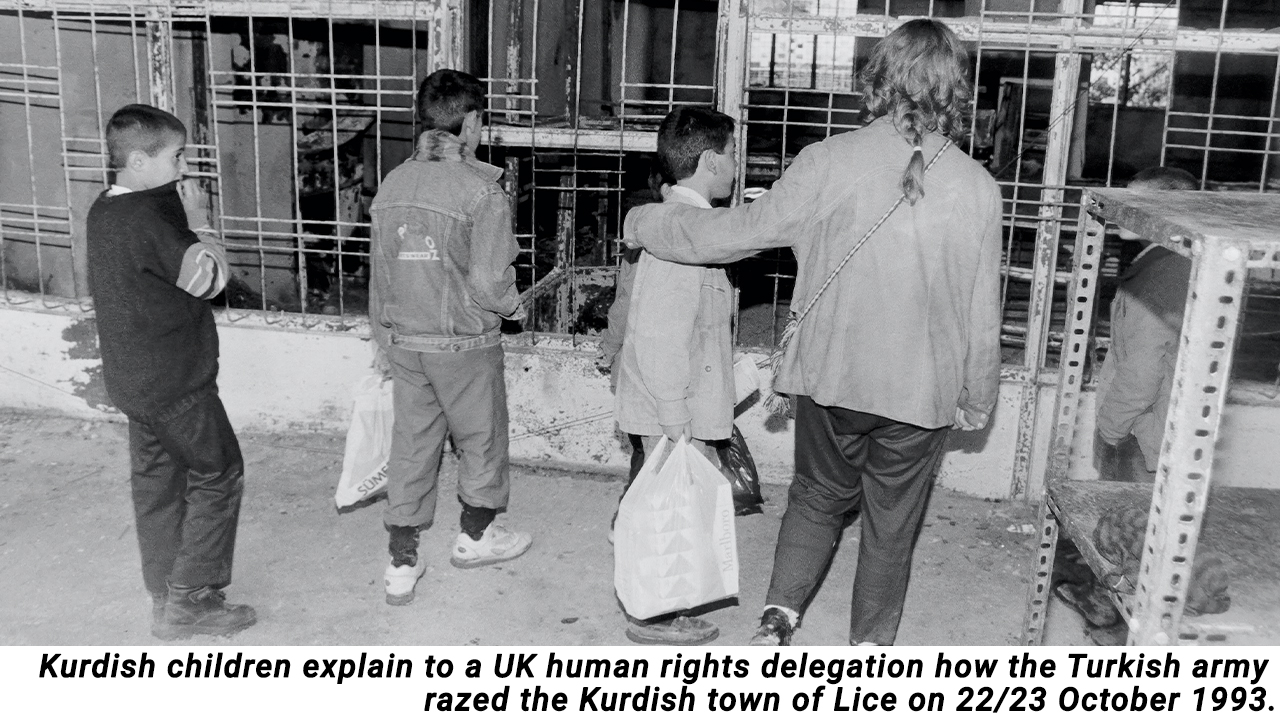 The source also indicated that there were attempts to derail and block the investigations both by people within the Turkish military and by some people in the governing Justice and Development Party (AKP).

“Later we learned that it was Başbug who tried to intervene,” he said, referring to Ilker Başbug, the former chief of the general staff between 2008 and 2010.

He also gave the name of Fahri Kasırga as one of the key figures, saying Kasırga, as the undersecretary of the Ministry of Justice at the time of investigations, was called to the Chief of Staff headquarters numerous times.

He said Kasırga, now Chief Presidential Adviser, was probably currently acting as the link between AKP and the deep state in the Turkish military.