The Istanbul Kurdish Institute was founded in Istanbul on 18 April 1992 by intellectuals such as Musa Anter, Feqî Hüseyin Sağnıç, İsmail Beşikçi, Abdurraman Durre, İbrahim Gürbüz, Cemşid Bender, Yaşar Kaya and Süleyman İnanoğlu. For a period, Apê Musa was the chairman of the management committee of the institute.

Turkish Police raided the building on the day the Istanbul Kurdish Institute was established. Institute President Apê Musa was murdered in an armed attack on 20 September 1992, in Diyarbakır (Amed). Police once more raided the institute in October of the same year, detaining several members and confiscating many documents.

The administrators of the Istanbul Kurdish Institute have been subjected to many pressures since its establishment, and have even been sued and arrested. However, despite all these pressures, the studies within the institute continue today.

The institute was closed on 31 December 2016 at the behest of the Justice and Development Party (AKP) government, and all books and documents inside were confiscated once more. However, the institute was reorganised in a short time and today continues its work under the name of the Kurdish Studies Association.

Eyüp Subaşı, co-chair of the Istanbul Kurdish Institute, and Sîpan Haco, a Kurdish language teacher, spoke to ANHA about the institute’s current studies and the pressures it has faced since its inception.

Role in the improvement of the Kurdish language

“The institute is the only institution in Bakurê [Northern] Kurdistan that researches Kurdish language, literature, and history. Before that, there were some Kurdish political organisations, but they did not work at an academic level like the Istanbul Kurdish Institute,” said Eyüp Subaşı, co-chair of the institute. 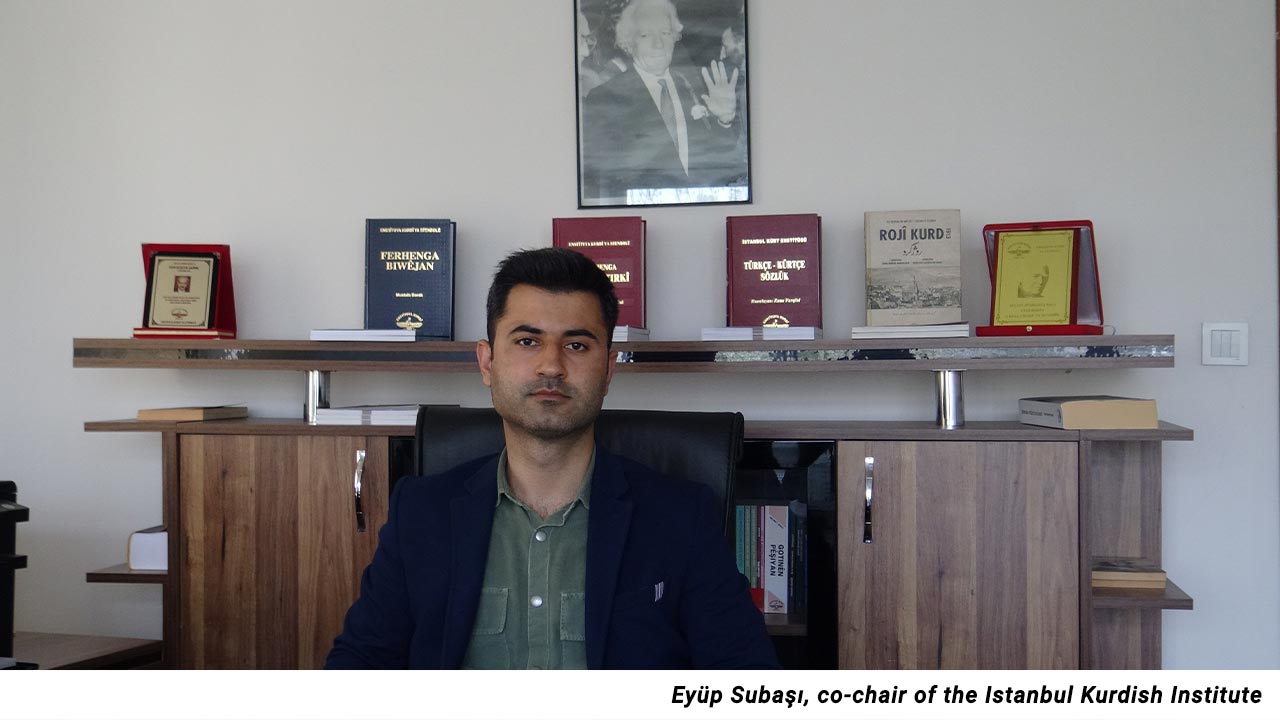 He noted that the institute’s publications have made a significant impact on Kurdish students and the standardisation of the Kurdish language. “The institute continues its work with Hînker books, large Kurdish-Turkish and Turkish-Kurdish dictionaries, Kurdish grammar books, and Zend magazine, which has been published since 1994. When we look at all these studies, we see that we have an important role in the revival of the Kurdish language and the advancement of writing in Kurdish.”

He thinks that due to the successes they have achieved so far, the Istanbul Kurdish Institute has been targeted many times by the state. “But it continued to work uninterruptedly until 2016,” he added.

Drawing attention to the closure of the institute in 2016, Subaşı said, “This attack was not only directed at the Istanbul Kurdish Institute. At that time, there were 35 Kurdish associations working in Kurdish, and all of them were closed. After its closure, the Istanbul Kurdish Institute volunteers and teachers established the Kurdish Studies Association. Today, we carry out our work under the name of the Kurdish Studies Association.”

He mentioned that almost five million Kurds are living in Istanbul now and the institute is an important center for Kurds who live in the city.

“There are also some other institutions in Istanbul that carry out such studies, but none of them is like our institute,” he said. “We publish books but also provide education too.

“But this is not enough for the five million Kurds who live in this city, so of course we are trying to reach out to more people.”

Besides translating and publishing books in Kurdish, they are also conducting academic studies on Kurds within the institute. “There is very little research on Kurds,” said Subaşı. “The research that has been done till today was either done from an orientalist perspective or was conducted by enemies of Kurds.”

The institute places special emphasis on Kurdish dialects. “There is confusion over Kurdish dialects and we are trying to solve this problem. For example, it was the first time that some people heard the names of the ‘kelhurî’ and ‘lekî’ dialects. Many people from Bashur [Iraqi Kurdistan], Bakur, Rojava [North East Syria], and Rojhilat applied to these courses to learn other dialects.”

‘More scientific studies should be conducted’

Istanbul Kurdish Institute employee and Kurdish language teacher Sîpan Haco also spoke about the work they have been doing within the institute. 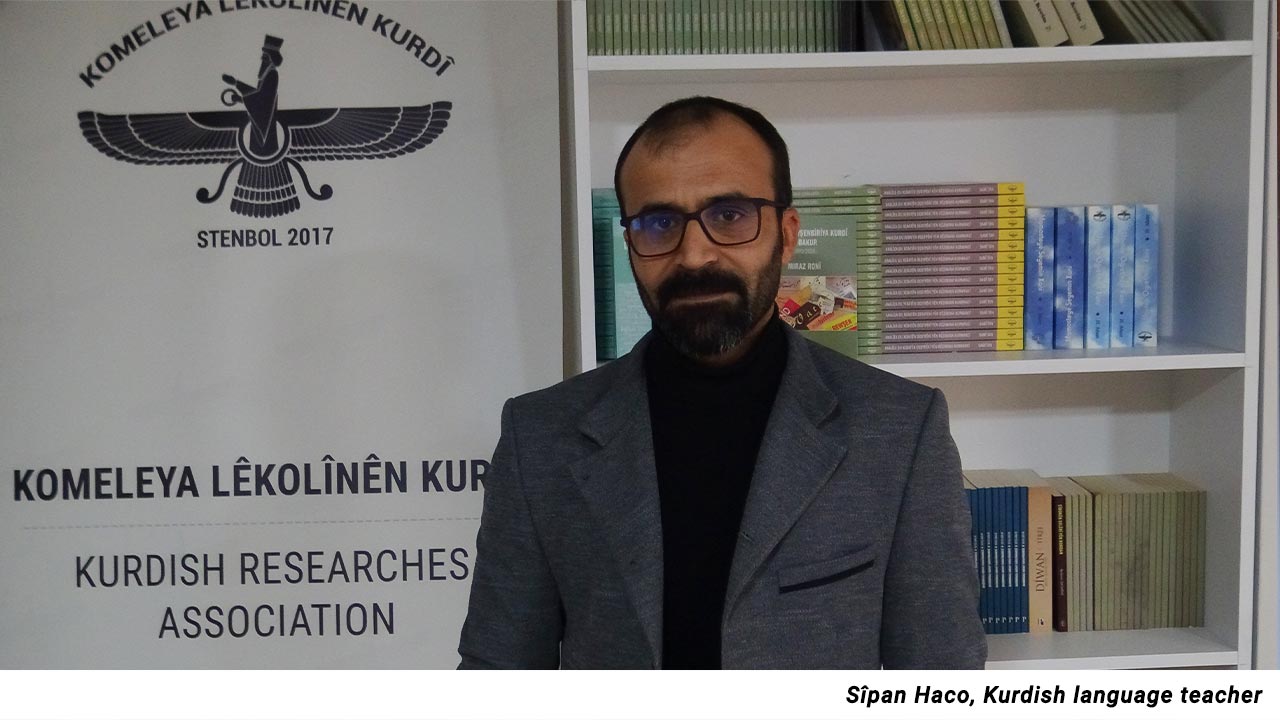 “Kurdish education workshops and the publishing of Kurdish books are the main activities of the institute,” said Haco. “We have been giving classes on the Kurmanji and Kirmackî dialects. In recent years, classes have also been given on the Sorani, Kelhurî, and Hewramî dialects. Our aim is the revival of the Kurdish language to an advanced level with these workshops.”

There are three terms of classes each year within the institute, which is also publishing educational materials for Kurdish language learning. “This is very important for the improvement of Kurdish,” said Haco, emphasising scientific studies regarding the history of the Kurdish language.

“The Istanbul Kurdish Institute focuses on research and scientific studies in Kurdish and produces within this framework,” said Haco. “The Zend journal is a periodical that we have been publishing with this in mind. We should work harder to improve our language.”