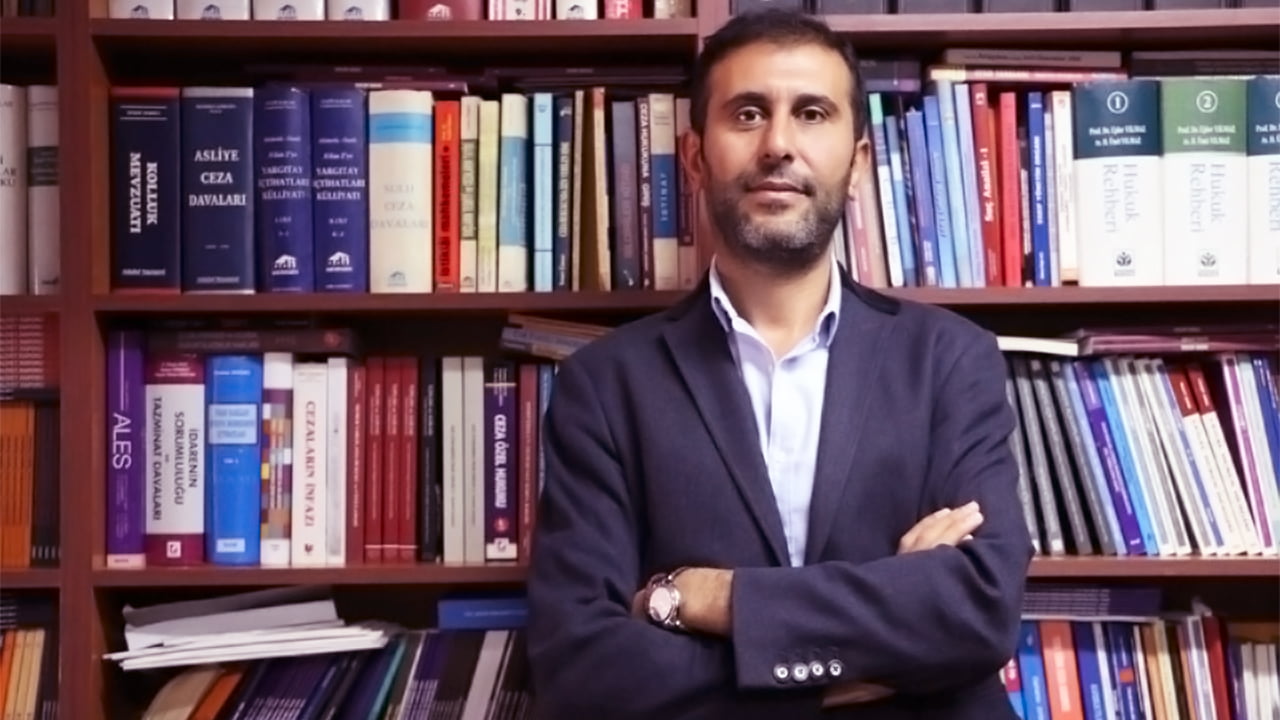 Abdullah Öcalan’s isolation and Kurdish society’s struggle for democratic rights are key concerns that need to be addressed in order to achieve democratisation in Turkey.

Öcalan, the Kurdish leader of the Kurdistan Workers’ Party (PKK), was abducted and sentenced to death in a high-profile trial in Turkey in 1999. The European Court of Human Rights ruled that Öcalan “had been convicted by a court which did not meet the Convention requirements of independence and impartiality”. In October 2002, Öcalan’s sentence was commuted to life imprisonment as a result of the country’s abolition of the death penalty. Since being imprisoned at İmralı, Öcalan has been kept in conditions of harsh solitary confinement.

The 2019 International Peace Delegation to İmralı had noted at the time that “he has been forbidden from contacting a lawyer since 2011, and has only been granted two visits since April 2015. The conditions under which Öcalan is held violate not only Turkey’s own law but also the European Convention on Human rights, which Turkey is obliged to follow as a member of the Council of Europe”.

The Council of Europe’s Committee for the Prevention of Torture (CPT) released a report in August stating that there have been no improvements to the harsh conditions that prisoners experienced at İmralı.

The harsh conditions and the allegations of human rights violations, as well as the simultaneous use of isolation and complete social isolation, were some of the main reasons for the CPT’s visit to Turkey in May 2019.

The delegation went to İmralı F-type High-Security Prison in order to examine the treatment and conditions of all prisoners held there.

On 2 May 2019, Abdullah Öcalan was allowed a visit by two of his lawyers for the first time since July 2011. However, since 7 August 2019, the CPT reported that all requests for visits submitted by lawyers have apparently been turned down.

The CPT report urges the Turkish authorities to take the necessary steps. More specifically, the report suggests that a sustainable system of regular visits by family members and lawyers should be developed for the prisoners held at İmralı Prison. 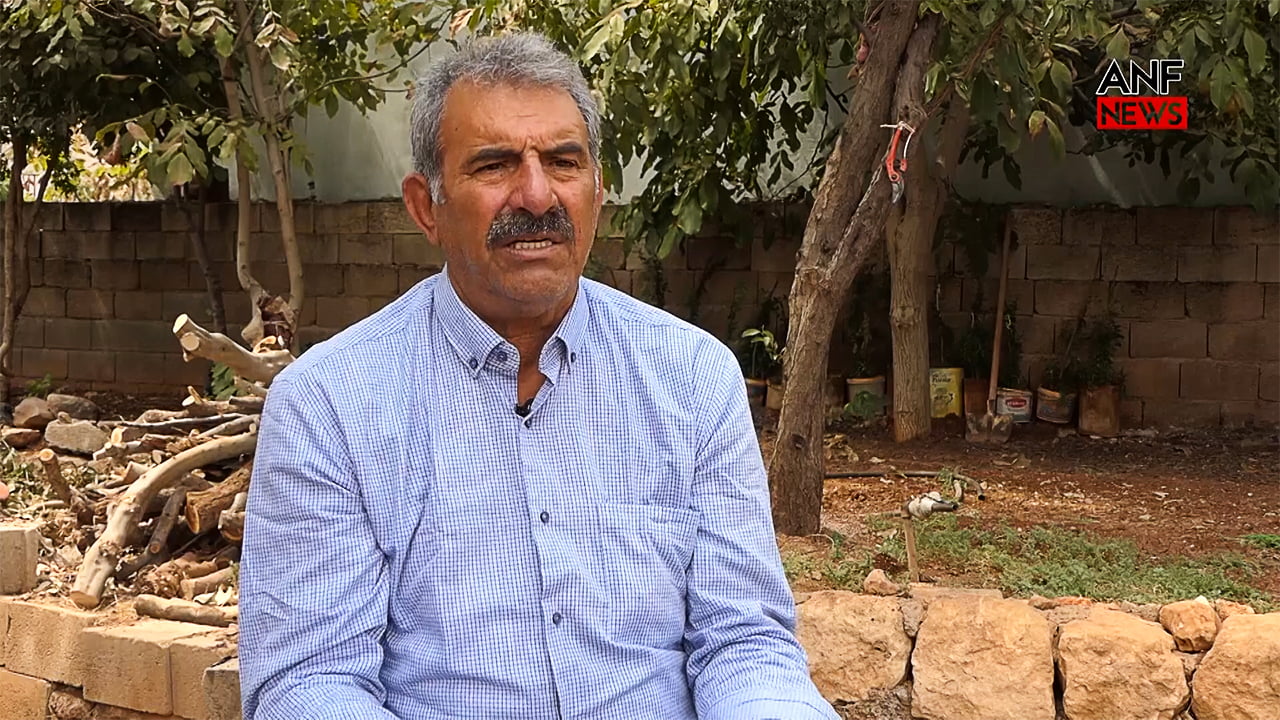 The restrictions on family contacts

HDK co-spokesperson İdil Uğurlu said that Abdullah Öcalan was last allowed to visit with his brother Mehmet Öcalan on 3 March 2020.

Other prisoners in İmralı were also able to make phone calls with their families for the first time after they were taken to İmralı in 2015.

Abdullah Öcalan was able to use his right to talk on the phone for the first time in 21 years and spoke to his brother Mehmet.

The controversial judgment of the ECHR

Article 3 of the European Convention on Human Rights (ECHR) constitutes the absolute prohibition of torture, and any inhuman or degrading treatment or punishment. Therefore, without any exceptions, prohibition is an essential right.

In 2014, ECHR ruled that the aggravated life-sentence regime of imprisonment was a violation of the prohibition of torture

However, Abdullah Öcalan’s lawyers have stated that although more than six years have passed since this decision, there has been no change in the Penal Execution Law to implement the decision. ECHR and the Council of Europe Committee of Ministers claim that the passive attitude of Turkey has paved the way for political prisoners against the discriminatory approach to aggravate the situation further.

One of Öcalan’s lawyers, Newroz Uysal, noted that within the framework of the isolation system in İmralı, which has been constantly changing, developing and intensifying over time, the law has been defined by arbitrariness and irregularities. At the same time, politics has been shaped by interest-led approaches.

Reactions to the isolation of Abdullah Öcalan

Writers, politicians, academics, and journalists from around the world call for ending the isolation of the Kurdish people’s leader Abdullah Öcalan.

The campaign is organised by intellectuals from South Kurdistan, such as the researcher Farwq Rafiq, university lecturer Hawzhin Malla Amin, PhD student Mansour Taifuri, Öcalan’s lawyer Gunaet Ganesh, writer and journalist Niyaz Abdullah, and the lecturer Sevan Saeed. Many other intellectuals from around the world also support the campaign. 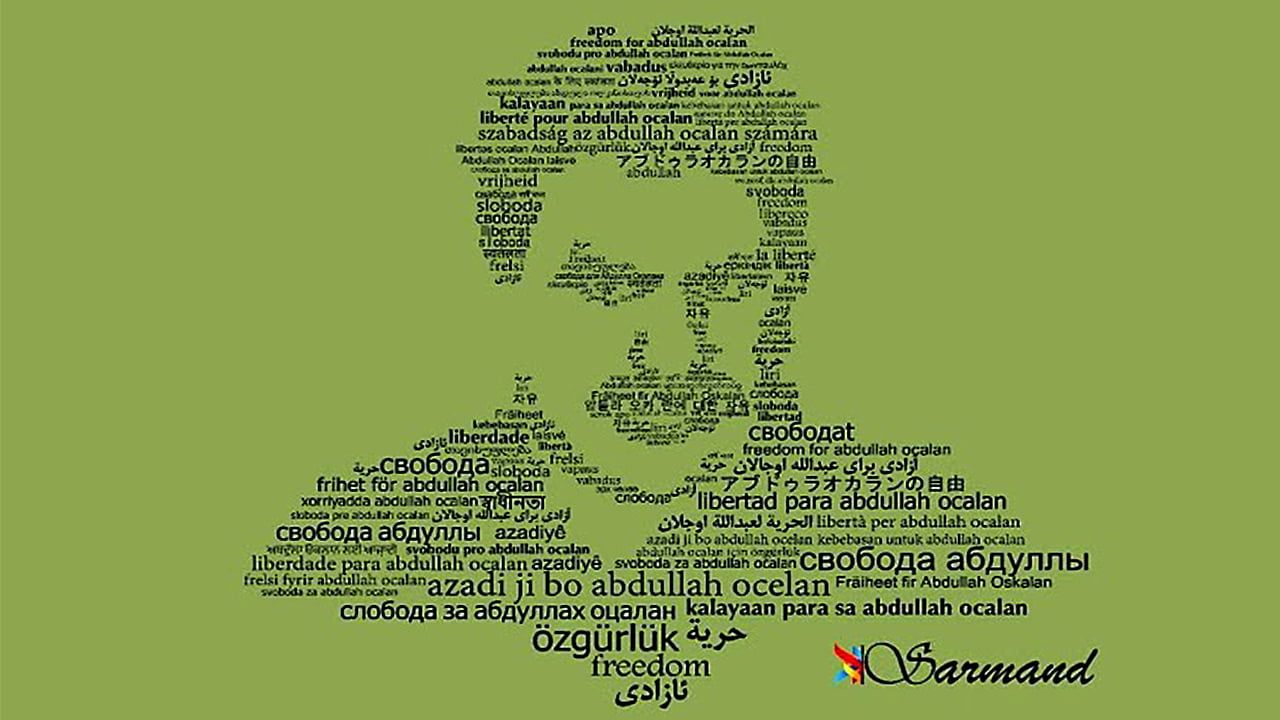 Dr Fethi Mahmud, the former editor of the daily newspaper Al-Ahram, called for an international campaign to release Abdullah Öcalan. “Öcalan’s ideas about transforming nation-states into peaceful ‘Democratic Nation’ projects are critically important”. Mahmud continues: “These ideas can lead to a peaceful solution in all areas where the Kurdish issue remains unresolved. The release of Öcalan will certainly solve the Kurdish issue and promote peace in the Middle East”.

Emily Apple, the Canary Investigations UK editor, also calls for the need for international pressure to end the isolation of imprisoned Abdullah Öcalan. Apple emphasized that Öcalan’s voice is critical to that peace process in the region both in Turkey and the Middle East. ”If Europe wants to protect its values, firstly, the PKK should be removed from the terrorist list”. She added: ”The isolation must end and Öcalan must be released”.

Ertuğrul Kürkçü, honorary chair of the Peoples’ Democratic Party (HDP), wrote an article regarding the CPT report on the condition of Abdullah Öcalan. “A total ban on contacts with the outside world” was imposed on Öcalan, said Kürkçü, who also stated that Öcalan was subjected to life-threatening conditions in prison.

According to Kürkçü, Öcalan will play an important role in the solution of the current crisis, and ensuring the freedom of Öcalan will become even more vital in the coming months.

In the Shehba region of northern Syria, people attended the march against the isolation of Öcalan. People gathered in the district of Fafîn and marched with photos of Öcalan and banners in Arabic and Kurdish, denouncing the isolation. They sent the message that this is not only of concern to Kurds and Kurdish politics but to all those who support the aspiration of freedom for the peoples of the Middle East. 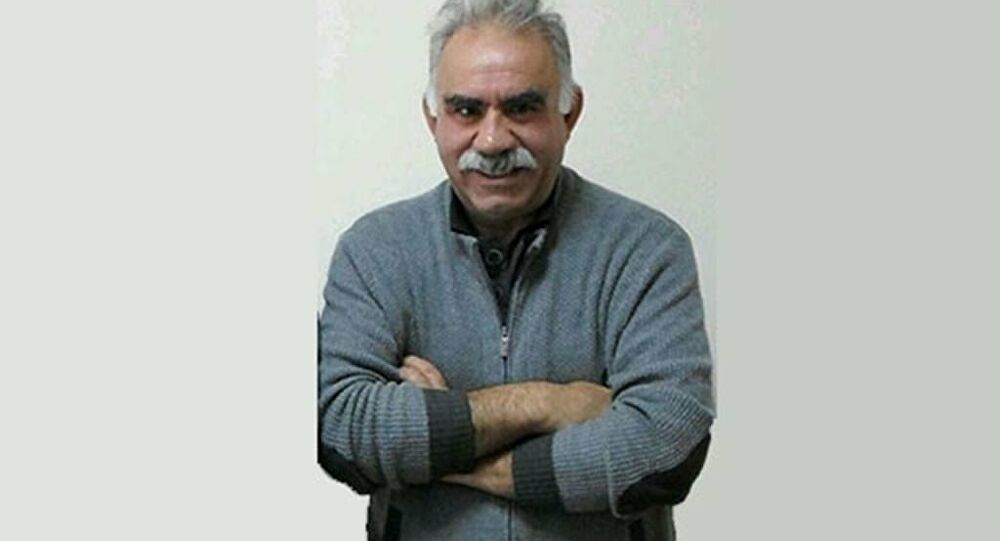 The Kongreya Civaka Demokratîk a li Ewropayê (European Kurdish Democratic Societies Congress’ – KCDK-E’s) co-presidential Council has issued a statement declaring 10 October as “a Global Day of Action for the freedom of Öcalan”: “Since the international conspiracy took place twenty-one years ago, Turkey continues to attack all parts of Kurdistan. The isolation implemented against Öcalan is actually implemented against the whole Kurdish people. Turkey is carrying out psychological as well as armed operations in the Middle East, through occupation, torture, rape, lynching, massacres, and genocide. It is time to put peace, stability, and freedom as an alternative to fascism”.

It added: “Since Leader Öcalan is the only interlocutor who can play the role of ending the war and providing a solution, he is attacked and the enemy wants to silence him, which is why isolation is imposed. The solution to the Kurdish problem and the democratization of the region passes through the role of leader Öcalan. For this reason, we say: ‘The time has come: Free Öcalan’ and we declare 10 October as a ‘Global Day of Action for the freedom of Abdullah Öcalan’. We call on the entire world, progressive humanity, especially the people of Kurdistan, intellectuals, artists, ecologists, defenders of women’s rights, and everyone who is in favour of freedom and equality to join this day of action with creativity”. 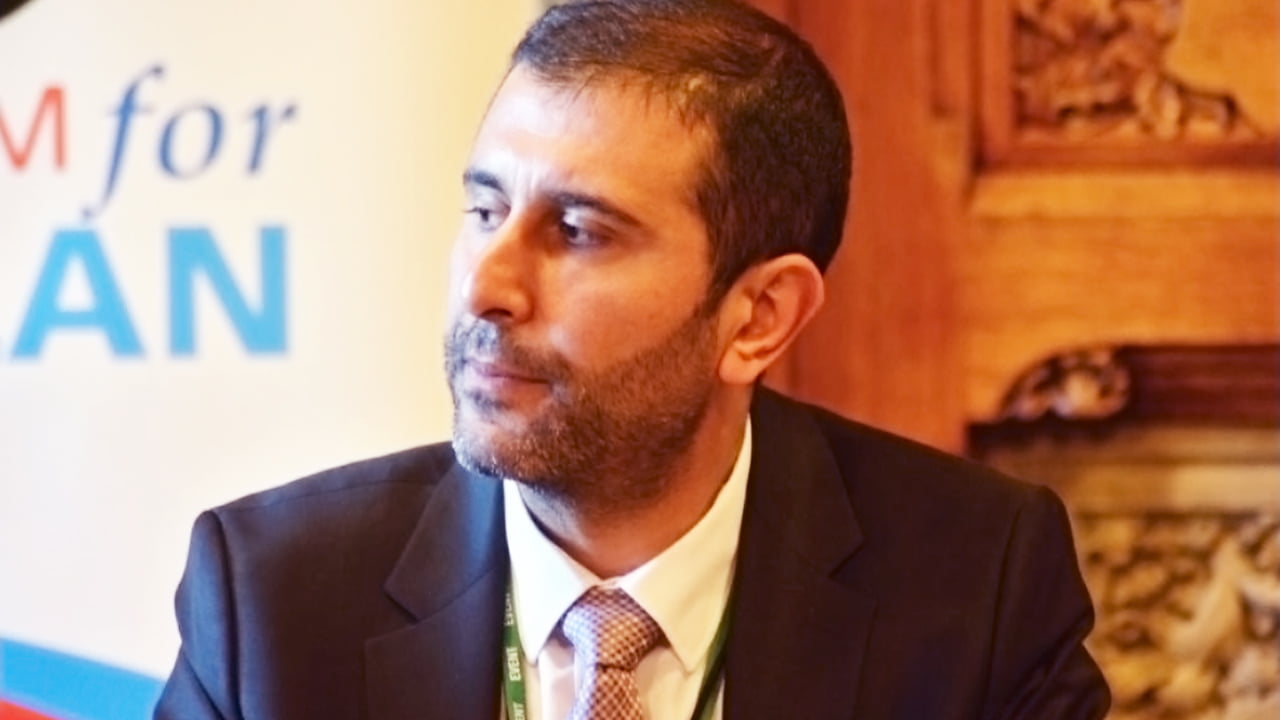 Interview with İbrahim Bilmez, one of Öcalan’s lawyers

MedyaNews spoke to İbrahim Bilmez, one of Öcalan’s lawyers. He voiced their concerns over Öcalan’s situation: “Since 7 August 2019, we have not been able to meet with Mr. Abdullah Öcalan. So, we do not know exactly what is happening in İmralı Prison now. That is the main problem actually. We do not have any information about what our client has been through there.

“In the past, there were instances of maltreatment such as keeping the cell lights open all night, making disturbing noises whenever he started reading carefully and ransacking his prison cell arbitrarily. We do not know if this treatment continues or not”.

Bilmez added: “We have been giving books and magazines that he would be interested in the officers in İmrali Prison Mudanya Courthouse. We also deliver Yeni Yaşam newspapers to the officers even if they are old issues, but we do not know if he receives them or not. We have heard that he was able to watch TV in his cell but we do not know if he is still allowed to do so”.

Concerning the isolation conditions of Abdullah Öcalan, he noted that: “Technically, the prison he is staying in is an F-type prison. However, he is treated differently compared with other F-Type prisoners. For instance, he does not have the right to make phone calls. Since 1999, he has only been allowed to talk by phone to his family once and that was on 27 April 2020.

“In many countries that are the members of the European Council, prisoners that are charged with heavy life sentences have more rights than our clients. This heavy life sentence is against the general principles of law. It should be stated that no similar treatment is happening in foreign countries”.

With regard to Öcalan, Bilmez clarified that the “ECHR charged Turkey for violating Article 3 of the European Convention of Human Rights that prohibits torture. Unfortunately, Turkey has still not responded or done anything about this.”

“As a result, it should be stated that isolation means discrimination and torture. We want to ask the whole world, through the foreign press: ‘Is there any other country where lawyers cannot meet with their clients in the prison?”