The president of Turkey, Recep Tayyip Erdoğan, frequently delivers his political messages during the opening ceremonies of newly-built facilities.

During these “ground-breaking” opening ceremonies of facilities, many of which are still under construction, such as schools, hospitals, dams, and etc., we often see Erdoğan cutting a ribbon in front of these buildings. This is an ordinary image for those who closely follow politics in Turkey.

So much so that the ceremonies held under the name of “mass openings” have now become mockeries. These openings often involve the reopening of already opened facilities.

Of course, the President is not pursuing these “reopening strategies” for the first time. Before the general elections in 2015, he held several opening ceremonies including the “opening” of the same facility for the fifth time. He doesn’t care. What he really cares about is whether the people believe him or not; and this is when the media comes into play.

Because of Erdogan’s power over media, the announcements of these ceremonies are broadcast live simultaneously on dozens of channels, and they are featured in the headlines of newspapers.

Here are a few examples:

It is no longer surprising to see such headlines on newspapers and televisions every day. Speaking at the mass opening ceremony of a hydroelectric power plant, Erdoğan said: “We opened 520 factories in the first 5 months of the year”. He was mocked because of this speech. 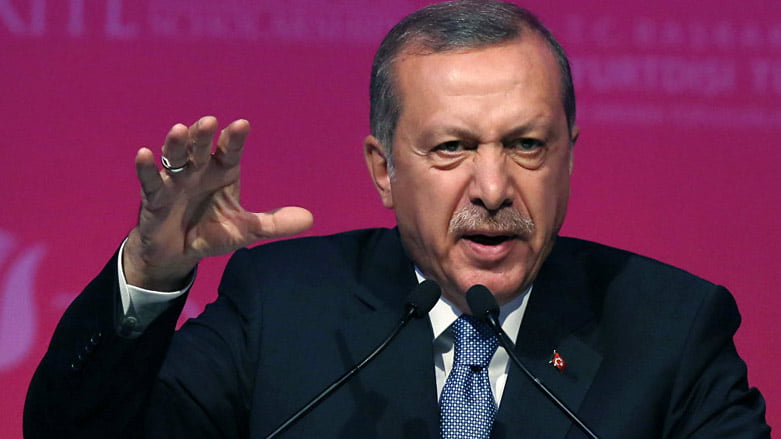 A simple calculation shows that the President was breaking new ground by opening 3 factories a day!

At every opening, he accuses the opposition of jealousy and incompetence. Both the mass openings and his accusations reinforce a single message: the opposition is an obstacle to Turkey’s development.

The “Super President” rushes from opening to opening, supposedly improving the country’s economy and creating jobs for everyone; the country’s economy is soaring! Then he gets some polls carried out to measure how many people believe him, and decides to do some more mass openings. The lower the number of believers, the higher the number of openings.

We can say that Recep Tayyip Erdoğan’s goal in these speeches, which circulate at every household with a television, is far from being accomplished despite the fact that the news, and their identical headlines, are written by a single hand.

To understand the situation of the media in Turkey, you can look at a report published in March 2016, “Journalism Under Siege”, written by the journalist Ahmet Şık for the English Pen and Article 19.

The crackdown, censorship and fines and closures imposed by the government on the opposition press continues without any deceleration.

There is a daily intimidation of opposition press and journalists, especially by the state terrorism inflicted on Kurdish journalists.

In the face of these challenges, journalists from Turkey and Kurdistan are struggling to do their jobs, and this is a defining moment in the history of journalism in Turkey. Despite facing constant pressure, violence, and intimidation, these journalists are courageously striving to keep practicing their professions, and this brings hope to many other current, and aspiring, journalists who want to practice journalism with a dedication to truth. 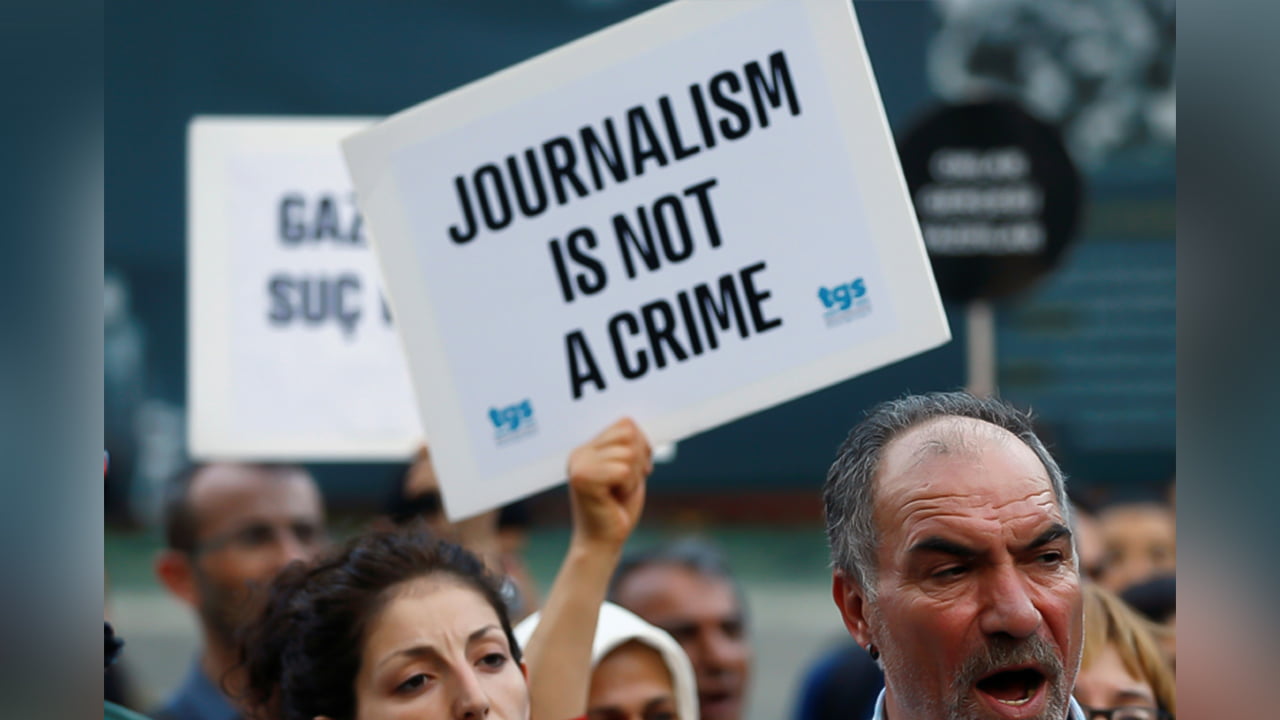 Let’s go back to where we began: The President continues to deliver his political speeches and statements in relation to the developments in the country and the world during his unending opening ceremonies.

It was in such a recent opening when the President confessed that “Our media does not reflect our voice and breath”, despite the fact that the majority of the mainstream media is controlled by him. Yes, this proves how tragicomic everything has become for a long time now. Everyone knows what Erdoğan means by “our media”; he means that he is the real boss. Of course, if you were to ask a President with the codename of “the Boss”, he would claim that everything is “normal”, and be surprised at “how could people think otherwise”.

The fact that he openly articulates his discontent concerning how the ruling party failed to “establish an intellectual hegemony” does not go unnoticed. It appears that he does not want to acknowledge his failure of establishing an intellectual hegemony, despite his innumerable advantages and resources. This is clearly annoying for Erdogan, and he expresses it as such.

We need to address the fact that “establishing an intellectual hegemony” is a shared desire among authoritarian regimes and that it is not enough to only repeat certain lies; you also need to have a command over the fields of literature, culture, and arts to be able to make those lies more believable.

It is apparent that this is what the President Erdoğan wants, but fails, to achieve. What underlies this failure is the fact that Enlightenment values, on which culture, arts, and literature rise, are incompatible with Erdogan’s uniform and lumpen intellectual realm.

Although it starts to appear more and more pathetic, Erdogan’s insistent failure to realise that his methods of purchase and duplication are insufficient to establish a hegemony in these areas reminds us of Danton’s famous phrase: “Truth, the bitter truth”.