Taliban control of Afghanistan: Geopolitical implications and consequences for the Baloch and women

Dr. Mohammed Hosseinbor says the Taliban’s take-over of Afghanistan will have significant repercussions on women and Baloch in the country and may also result in a potential clash with the clerical authorities in Iran.

In this Medya News podcast programme, I interviewed Dr. Mohammad Hosseinbor and he presented his perspectives relating to the geopolitical implications of the Taliban’s control of the state of Afghanistan and its consequences for the Baloch and women.

Dr. Mohammad Hosseinbor is the Chair of the American-Baluch Council which is dedicated to the promotion of democracy, the rule-of-law and human rights in Iran. He is also a member of the Bar of the District of Columbia and is a Washington based attorney practicing international law.

A noted Baloch scholar, author of Iran and Its Nationalities: The Case of Baluch Nationalism (2000) and former Adjunct Professor of Law at the Catholic University of America, he has written and spoken extensively over the past few decades on issues relating to the Middle East and Balochistan. He also previously served as an Energy and Economic Advisor to the Embassy of the State of Qatar in Washington from 1982 to 1998. 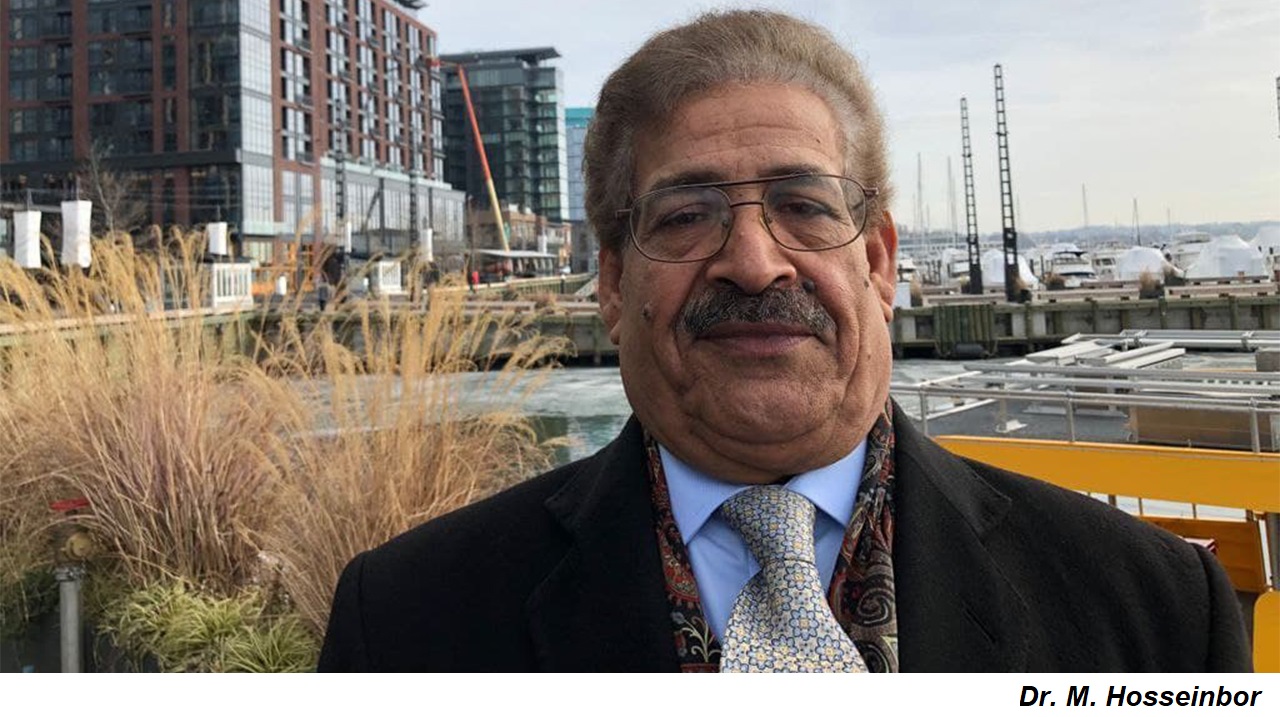 On a pro bono basis, he has defended and promoted the human rights of ethnic ‘minorities’ – Iranian Arabs, Baluch, Kurds, Turks, and Turkmens as well as the rights of Iranian women and religious minorities including Baha’is, Jews, Sunnis, Christians, and Sufis.

During the programme, Dr. Hosseinbor pointed out that “Afghanistan is a multinational state. The Taliban is a transnational political phenomena and, of course, now, they control a state.” The success of the Taliban, he noted, was largely due to the role played by Pakistan’s military and Inter-Services Intelligence (ISI) agency. They “were definitely behind the Taliban” and “the only reason the Taliban was successful.”

Now, however, everything depends upon the direction which the Taliban will take. Despite extending their support to the Taliban, “the potential for a dispute” – in a territorial and border claims linked manner over the Durand Line – “between the Taliban and the ISI ‘master’ and Pakistan is still there. (…) Whether the Taliban will recognise the Line, that is another question,” he stated.

With regard to the Baloch, Dr. Hosseinbor noted that “the Pakistan agents, from what I learn, are already pressuring the Taliban to expel all the Baloch refugees from Afghanistan, and that, of course,” if undertaken, “will encourage Pakistan to continue its horrific policy of ‘Kill and Dump’” against the Baloch, which has already led to tens of thousands of Baloch being killed and/or ‘disappeared.’

The Iranian regime is also very concerned about the potential policies of the Taliban Afghanistan government because “if the Taliban government extends support to the Iranian Sunnis” (who include the Baloch) – who are treated as second-class citizens in the country – “of course, it will create a tremendous problem” for the regime in terms of perceived destabilisation of the state. In this context, the Iranian Sunnis will probably” experience even more of a “crackdown” by the Iranian authorities, he suggested.

In this complicated political context, Dr. Hosseinbor stated that he believed that “what has happened in Afghanistan will strengthen the Baloch” in certain contexts “in Iran, but will weaken the Baloch in Pakistan.”

There may also be a potential clash looming between the Sunni Taliban and the clerical authorities in Iran, both of whose “ultimate goal is the leadership of the Islamic world,” Dr. Hosseinbor suggested. “Of course, the Iranians are extremely nervous behind the scenes about the takeover because they see the Taliban as a Sunni” threat and “as a long term challenge.

“Secondly, of course, they have had a very bad experience with the Taliban because the last time the Taliban took over, they killed” several Iranian diplomats, he noted. It is known, for instance, that “in 1998, Tehran nearly went to war when Taliban militants killed (…) Iranian diplomats and an Iranian journalist at the Iranian consulate in the northern Afghan city of Mazar-i-Sharif. (…) Iran’s Foreign Ministry [has] urged the Taliban to ensure the safety of its diplomats and staff at its consulate in the western Afghan city of Herat, which the Taliban has [now] said it has captured.” 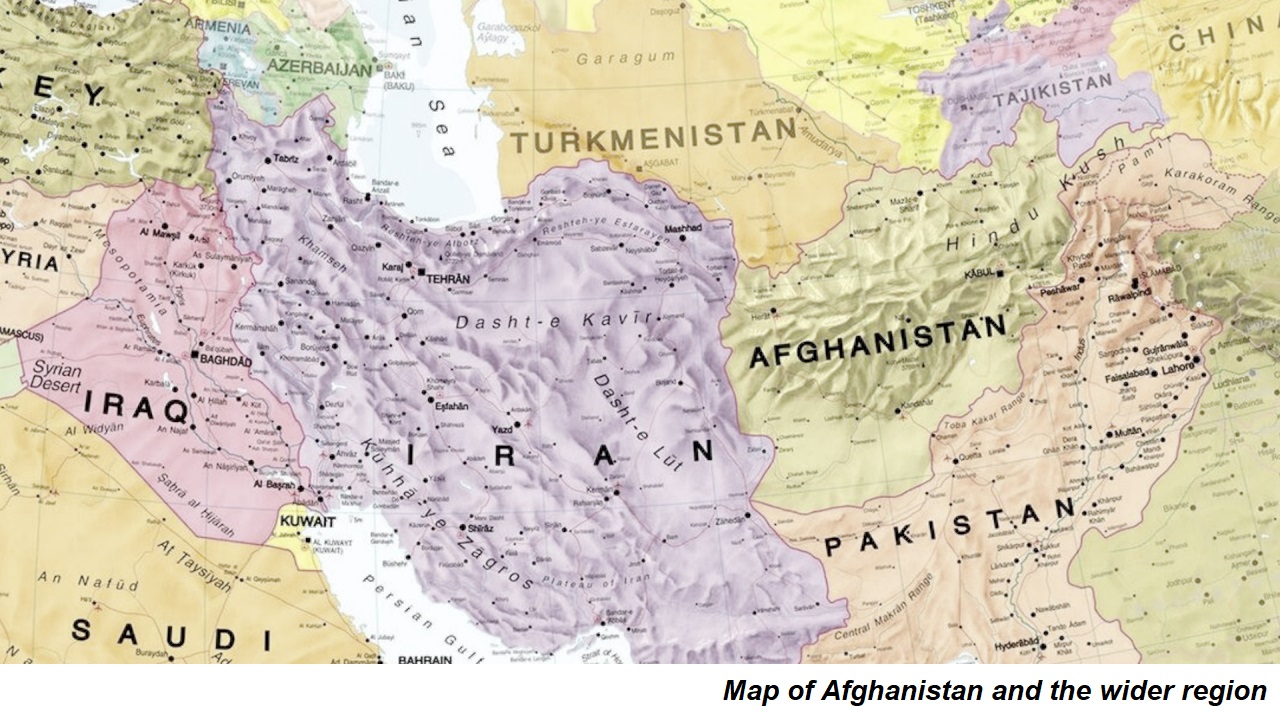 “The Iranians,” Dr. Hosseinbor observed, “are extremely worried that they may support the Iranian Sunnis, particularly Baloch, and not only that, they may also attack Iran because they have nothing to lose” and the Taliban “have access to extreme religious elements” globally and are aware that the Iranians will be aware of the manner in which even two great superpowers, USSR and the US, had to leave without being victorious. So the Taliban government in Afghanistan represents “a big challenge to the mullahs,” Dr. Hosseinbor commented.

Another conflict that might arise relates to a dispute between Iran and Afghanistan over the Helmand River and water rights, Dr. Hosseinbor noted. The Iranian regime’s use of a Shia Hazara proxy force, now largely based in Afghanistan after being used in Syria, is also a major concern for the Taliban.

The Taliban, in taking power in Afghanistan, may also affect the dynamics of the “New Great Game in Asia” that is being played out between China on one side and the US, India, Japan and Australia on the other, noted Dr. Hosseinbor. In the wider region, with all these dynamics at play between the regional and global powers, in terms of human rights, “there will be no peace unless the issue of the right of self-determination” of peoples and autonomy is addressed.

We also discussed the implications of the Taliban’s stated commitment to end the drugs trade in Afghanistan. As I noted, based on substantive research that I have undertaken on the matter, several US and international banks are dependent on money flowing from the drugs trade. With the drugs trade in Afghanistan being potentially choked by the Taliban, there is every likelihood that there will be ‘deep political’ initiatives that will seek to now extend the drug fields and numbers of drug processing laboratories in South America, causing more deaths and femicides there as a result of increased militarisation and political destabilisation there and linked ‘wars on drugs.’

With regard to the situation facing women in light of the Taliban takeover, and despite the professed positions of the ‘new’ Taliban which many women’s activists and human rights defenders are critical and suspicious of, Dr. Hosseinbor said: “We should not forget that Afghanistan society has changed in the last 20 years. Lots of girls and women have tasted freedom. A lot of them have been educated. Not only that but a lot of Afghan male relatives have been educated and, of course, women will probably raise their voices, will try to defend their rights and, of course, they will have the support of all freedom loving people, all over the world.

“And I think, by keeping the issue of women’s rights and human rights in general alive internationally, focusing international attention on this very crucial issue is very important, to keep the pressure on the Taliban in the hope that they may” – if they are capable of retaining power – “really reduce the pressure on women and allow greater participation of women in their social, political, cultural and professional lives because, as we know, if the Taliban want to rule Afghanistan, they need the support of the women.

“They are more than half of the population. You cannot deny half of the population the right to participate. They have survived the toughest situation. They will defend their rights in Afghanistan and I’m hoping that the Taliban is paying attention to the international concerns over women and human rights.”

Desmond Fernandes is a former Senior Lecturer in Human Geography at De Montfort University who has written extensively about geopolitics in Asia and the Middle East, the Baloch and human rights concerns in the region.