Sweden’s Andersson could still stand up to Turkey

Turkey’s (read: President Recep Tayyip Erdoğan’s) Madrid agreement with Sweden and Finland is a political declaration of intent. It is designed to be a crowbar, with which Erdoğan will both pressure Finland and Sweden to change their own legislation, and push the two states to extradite individuals e deems ‘terror suspects’.

Once Erdoğan extradites Kurdish asylum seeker Zinar Bozkurt and others on the first list he provided, we can count on him coming up with more names. Erdoğan’s long-term goal is probably to create a practice of almost automatic extradition of people labelled as terror suspects.

In Turkey, ‘terror suspect’ covers almost everyone who opposes Erdoğan’s policy of oppression and war. This phrase, as Erdoğan uses it, is a political term, not a legal one. 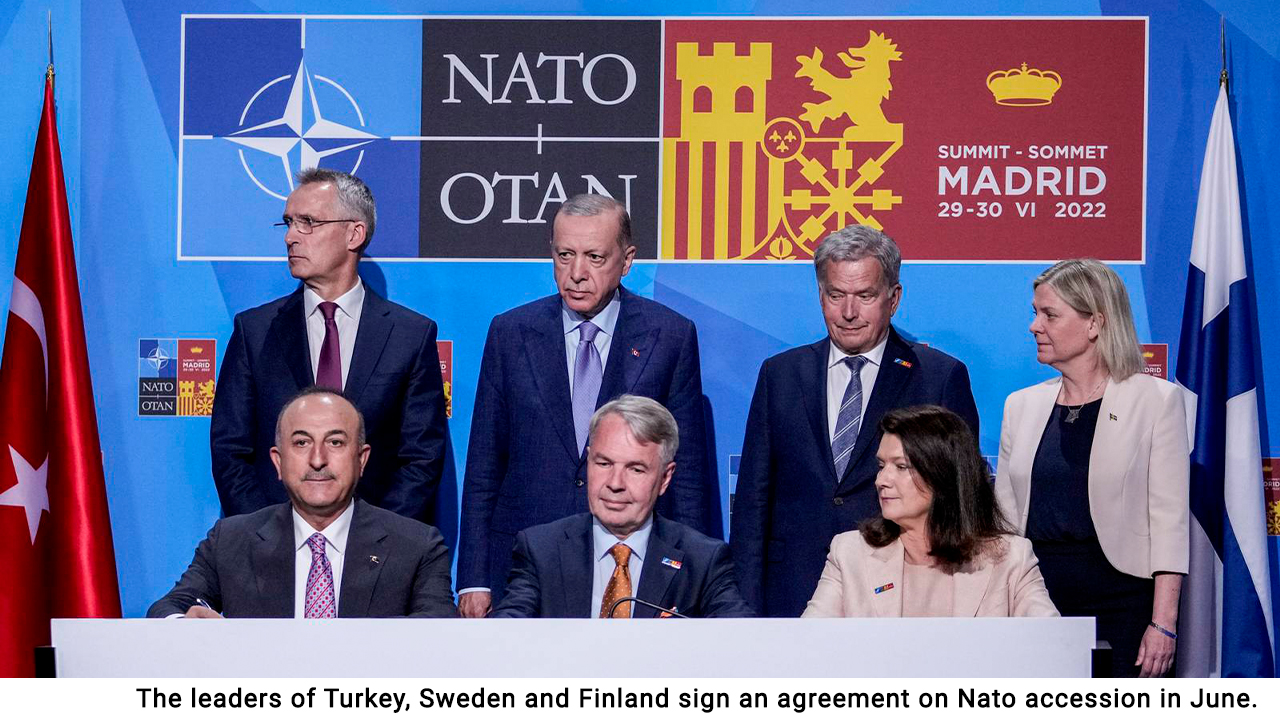 Erdoğan’s demands on Sweden and Finland today can to some extent be compared to a German demand on Sweden during the World War II. For years, police in several European countries collaborated with the German Gestapo (Geheime Staatspolizei). Together they were to destroy a communist-led sabotage organisation. The saboteurs – who were mostly sailors and dock workers – had sunk German ships on their way to Spain under General Fransisco Franco. These ships were never able to deliver their weapon loads to the fascists during the Spanish Civil War.

The Norwegian sabotage leader Martin Hjelmen was arrested in Sweden in February 1940. The social democrat Per Albin Hansson was then prime minister in a coalition government. Swedish authorities handed Hjelmen over to Germany, where he was interrogated and tortured by the Gestapo. Hjelmen was ultimately executed by guillotine in Brandenburg on 30 May 1944.

“The amazing thing is that this continues, that these satanic murderers are allowed to continue in the same way,” Palme said.

2022: What will Prime Minister Magdalena Andersson do?

Olof Palme’s party colleague Magdalena Andersson is today prime minister of Sweden. Although Turkey does not have the death penalty, she knows that countless Kurdish freedom fighters have died in Turkish prisons. I myself have met several of those who have been tortured and maimed for life. Of course, Andersson also knows that Turkey has been waging war in the neighbouring Iraq and Syria for years.

Chancellor Adolf Hitler said in his time that he was fighting for “lebensraum”. Before and during World War II, he used this concept to justify Germany’s claim to control both neighbouring states and colonial territories in Africa.

In comparison, Erdoğan has for several years openly said that he is waging war to create the great Turkey that the republic’s founder Mustafa Kemal Atatürk was never able to achieve. This means war to move state borders. 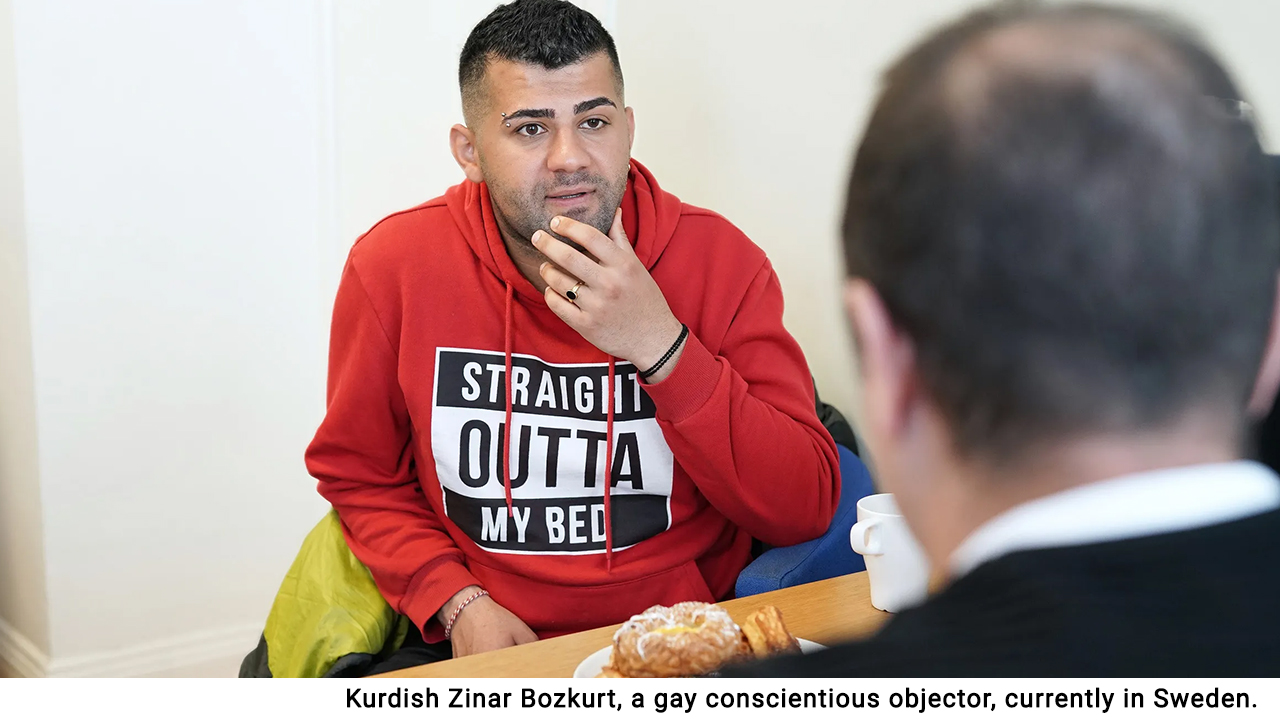 Now it is up to Andersson to decide whether Kurdish Zinar Bozkurt should be handed over in the same way as Martin Hjelmen was to the Gestapo. There are many differences: Hjelmen organised and led effective sabotage operations. Bozkurt is a gay conscientious objector who says he has been an activist for the pro-Kurdish left-wing Peoples’ Democratic Party (HDP).

The deal struck in Madrid among Turkey, Finland and Sweden is prefaced with a sentence that states it was drawn up “under the auspices of NATO’s Secretary General”. In this way, everyone knew that Jens Stoltenberg, Norway’s former prime minister, would emphasise his own decisive role.

There has been a lot of negative commentary on the Madrid Agreement. But it also has an important provision that could prevent Erdoğan from having his “terror suspects” extradited. This could happen if Sweden wants to protect them. It is a political question that Sweden itself decides.

Article 8 of the Madrid Agreement states that the agreement must be carried out “in accordance with the European Convention on Extradition.” This convention sets out how states should treat requests for the extradition of “ordinary” criminals. This is important.

In several countries, political activists are arrested, prosecuted and punished for “ordinary” crimes. One example: no one knows how many of the opponents of the clerical regime in Iran have been punished for what is called “narcotics crime”.

“Extradition shall not be granted if …”

Article 3 of the Extradition Convention therefore is crystal-clear:

Sweden’s assessment is decisive. Erdoğan has actually approved that the “terror suspect” should not be extradited if Sweden considers his or her action “as a political offence or as an offence connected with a political offence”.

The next article of the convention continues:

“The same rule shall apply if the requested Party has substantial grounds for believing that a request for extradition for an ordinary criminal offence has been made for the purpose of prosecuting or punishing a person on account of his race, religion, nationality or political opinion, or that that person’s position may be prejudiced for any of these reasons.”

To repeat: The gay conscientious objector Zinar Bozkurt and other “terror suspects” shall not be extradited if Sweden has good reasons to believe that Turkey will punish them because of race, religion, nationality or political opinion.

Prime Minister Magdalena Andersson decides for herself what place she will have in Swedish history. She may be remembered for capitulating to President Recep Tayyip Erdoğan, or she can be remembered as the leader who had the courage and backbone to follow Olof Palme’s appeal from the party congress in 1975.