The Municipal Council of Lyon has named a square in the city after the Kurdish feminist, politician and civil engineer Hevrîn Khalaf, who was murdered in northern Syria by Turkish-backed militants.

A square in the city of Lyon has been named after Hevrîn Khalaf, who was murdered in northern Syria.

The municipality of Lyon in France has named a square in the city after the Kurdish feminist, politician and civil engineer Hevrîn Khalaf, who was murdered in northern Syria by Turkish-backed militants. Lyon Municipal Council decided in a meeting on 8 July to rename the square in the Guillotière quarter “Place Hevrîn Khalaf”. 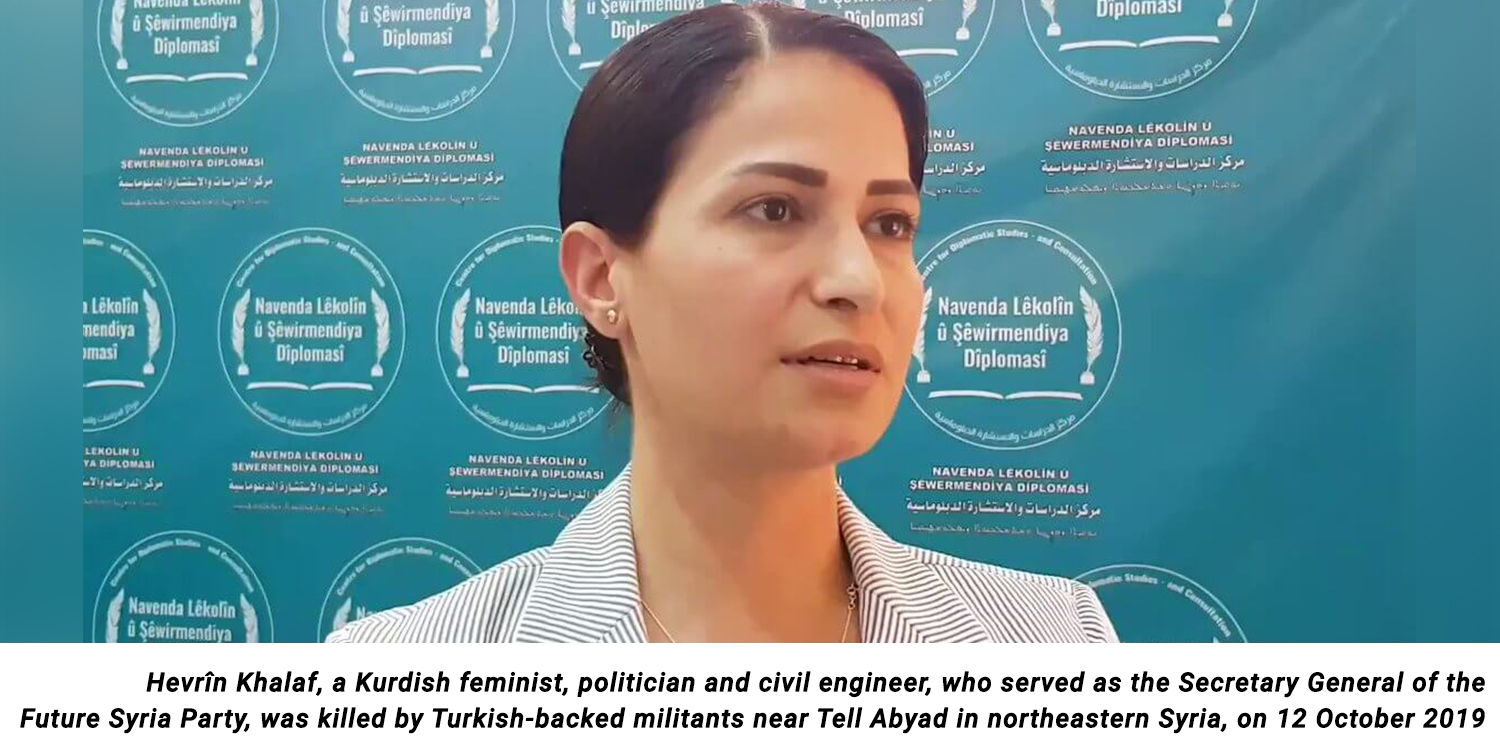 The municipal council held a public opening ceremony on the evening of 21 September.

Fanny Dubot, leader of the municipal council of Lyon’s 7th arrondissement, spoke at the ceremony. She spoke forcefully on the women’s struggle, and said that the council had had around 20 streets, roads and squares named after women since they had been elected. Dubot said that Khalaf had been a symbolic figure in the camp calling for peace in a country that was at war. She highlighted Khalaf’s life of struggle and indicated the importance to the council of the shared lives principle she represented and the manner in which she fought for this.

Lyon Council member Sonia Zdorovtzoff remembered Khalaf saying, “Throughout her brief life she worked for a democratic, pluralist and decentralised Syria”. Zdorovtzoff drew attention to the struggle of the Kurds and women in North and East Syria, and also read out a letter from Khalaf’s mother.

Alexandre Koroğlu, head of the French branch of Roja Sor (Red Sun, a Yazidi humanitarian organisation), said that names of characters like Leyla Zana and Yılmaz Güney had been used in France before, but that the use of the name Hevrîn Khalaf was a first, “in this way, a municipality which is based on left-wing and ecological struggle displays its participation in and support for the project underway in Rojava.”

Koroğlu said that Hevrîn Khalaf had managed to fit an important degree of struggle into her brief lifetime, and noted, “A hospital currently being built in Qamishli [in northern Syria] is also to be named after her.”

Therry Lomberthot, leader of the Association France-Kurdistan, who had had the idea of renaming the square after Khalaf and had approached the municipality in the matter, said that they intended to follow her lead in the struggle.

An exhibition was also opened in Lyon Municipal building on the subject of the political life and struggle of Hevrîn Khalaf. The exhibition will run until November.