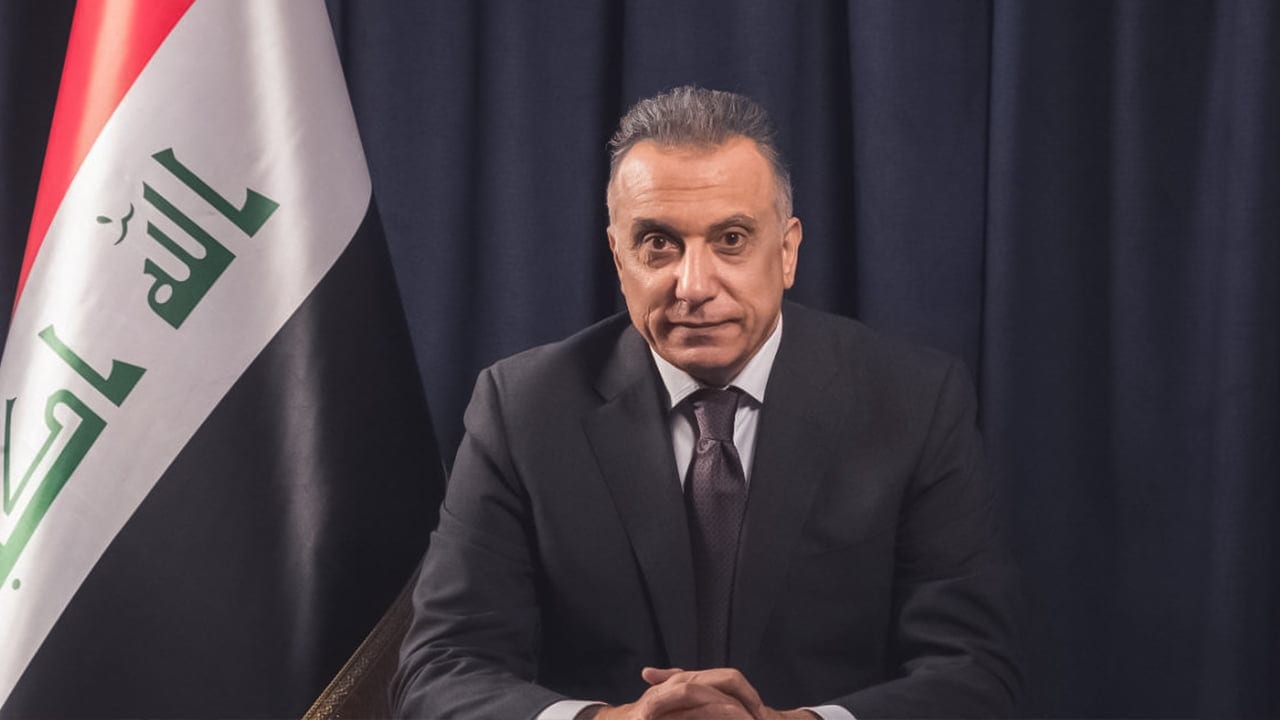 Iraq’s Prime Minister Mustafa Al-Kadhimi met the Sinjar delegation and listened to their demands. The delegation presented him with a request/solution statement that addressed 18 concerns and demands. Kadhimi stated that the agreement with the Kurdistan Democratic Party (KDP) will be revised. He indicated that two parts of the agreement might be changed.

The delegation, which consisted of representatives of the Sinjar Autonomous Administration, members of the Yazidi Women’s Freedom Movement (TAJE) and the Yazidi Freedom and Democracy Party (PADÊ), had been in contact with the Baghdad government since 15 November. The delegation met with Iraqi Deputy Prime Minister Hashim al-Davudi and Deputy Head of National Security Hamid El Şersiri the day before. The delegation was met by Iraq’s Prime Minister Kadhimi.

According to RojNews, the delegation conveyed 18 demands of the Sinjar people to the Prime Minister. Kadhimi reportedly welcomed the delegation and listened to their demands. He stated that they would not allow any intervention to be made from outside Sinjar and he reportedly promised to solve the problems that had been identified together with the people of Sinjar.

The demands of the Sinjar people are as follows:

* Our call to the government and the Parliament is: Accept that a massacre happened against the Yazidis and work on the Sinjar issue. Those responsible for the massacre must be identified and handed over to international law institutions.

* Sinjar should be accepted as a decentralized place under the Federal Government. All regional and international wars should be kept away from Sinjar.

* Sinjar should also be included in the decision to give aid to the families of the martyrs and the disappeared, whose houses were destroyed, and who were injured during the war. No assistance has been provided for people in Sinjar so far.

* The opinions of the Yazidis should be considered in all decisions taken regarding Sinjar on administrative, military, religious and national issues. No outside power should be allowed to interfere in the problems of the Sinjar peoples.

* It is necessary to provide basic services to Sinjar and to create a suitable environment for immigrants to return to their homes.

* We would like to thank you and the Presidency for the importance that you have given to projects regarding women who were rescued from the Islamic State of Iraq and Syria (ISIS). Thank you also that, for the second time, you raised this issue in Parliament. We hope that the Iraqi Parliament approves the project by the end of the year and starts working on it. This will relieve the burden of these women and ensure their greater participation in society.

* The government should allocate a budget for the reconstruction of Sinjar and its infrastructure, and the restoration and construction of government buildings. It should give importance to education, services and health. In addition, it should include people of Sinjar who are graduates of universities and institutes in its education and scientific staff.

* We hope that our children will be admitted to military, police and aviation academies and admitted to national security institutions to end our persecution and to make us feel like Iraqi citizens.

* Thousands of Yazidi soldiers are registered with the Ministry of Interior and Defense. We demand that these soldiers be sent to defend their region, that is, Sinjar.

*We are calling for the opening of the Bare Border Gate between Iraq and Syria. This door is the only door to let in people who have been rescued from ISIS prisons in Syria. However, we also demand that the gate should be officially under the control of the Sinjar district administration and the security forces of that region. This demand is the main demand of Sinjar residents.

* We believe that the Prime Minister should have a special advisor for Yazidi affairs. In that way, we as Yazidis, can safely convey our problems to decision-makers and develop a relationship with you.

* 3 August 2014 and the atrocities taking place after that should be recognised as ‘genocide against Yazidis’.

* To preserve the demography in Yazidi lands, the lands taken from Ninova and Sinjar during the previous administrations should be returned.

* We call on the Iraqi Parliament to recognize the Yazidis as a different nation.

* We call for an end to the Turkish state’s bombardments of Iraqi territory, and especially on the Sinjar region. These attacks are preventing refugees from returning to their lands and harming the peace of the region.

* We call for the opening of a special police station in Sinjar, having 5,000 members under the control of the Ministry of Internal Affairs. The diversity in the region should be taken into account in member elections.

Two parts of the agreement under review

Dexil Murad, who was in the delegation of 22 people, spoke to KirkukNow about the meeting and said: “We initially wanted a change in Article 7 of the agreement between Baghdad and Erbil. This article says that all forces should leave Sinjar except the police. We wanted the forces protecting Sinjar now to remain since they have served the people of the region during the ISIS war and also till today”.

The delegation also demanded that the second article which is about the determination of the new administration should be reviewed. Dexil Murad said: “We asked the Prime Minister to appoint an independent governor who is currently residing in Sinjar. Also, we asked for appointments to be done according to the will of the people of the region and without any foreign intervention. Fortunately, the Prime Minister promised to review these two points”, he said.

Sheikh Fakir Xelef, a religious man and member of the delegation, said: “We had a friendly and very important meeting with the Prime Minister. We had a long discussion for three hours in the Sinjar area. Later, we expressed our objection to the agreement between Baghdad and Erbil and asked him to review the agreement. The Prime Minister made two important promises to us: He said he will visit Sinjar soon and they will establish an acceptable administration for the people of Sinjar. He said that if they find a point contrary to the interests of the Sinjar people, they will review these points”.

Protests by the people of Sinjar

In Sinjar, the people staged protests the previous day to the delegation’s meeting. A Sinjar Resistance Units (YBŞ) fighter and two civilians were injured in the Turkish state’s airstrike in the Xelef hamlet of the Barê village of Xanesor on 9 November. All three wounded were hospitalized in Mosul. A YBŞ fighter lost his life but his body was not returned to his family. Two civilians who were injured were detained. After that, the people of Sinjar staged a protest. People gathered in front of the Sinjar Municipality building and started a protest march. Slogans were chanted in favour of the YBŞ, accompanied by the banner ‘Em ji zindanên we natirsin’ (‘We are not afraid of your prisons’). The marchers demanded that the body of the YBŞ fighter be returned to his family and also demanded the release of the detainees.

A delegation from the public also met with the Iraqi authorities. Issuing a statement after the meeting, Deputy Co-Chair of Sinjar Democratic Council Heso Îbrahîm stated that they were promised that their demands would be met. Îbrahîm said: “We clearly stated that if the body is not going to be given to us and the detainees are not released, we will show our reactions more strongly”. After this statement was made, the protesters dispersed. The body of the YBŞ fighter was expected to be returned to his family.

Turkey withdraws from another military observation point in İdlib

Turkey withdraws from another military observation point in İdlib