More than 50 signatories from academia, culture and politics demand the Austrian Federal Government and the Federal President to condemn the Turkish attacks against North and East Syria and break their silence.

More than 50 signatories from academia, culture and politics demand a condemnation of Turkey’s war of aggression on North and East Syria in an open letter initiated by FEYKOM, the Council of Kurdish Society in Austria and Defend Kurdistan.

Signed by the European Parliament MEP Andreas Scheider, Mayor of the city of Graz Elke Kahr, member of the National Council Stephanie Krisper and many other Austrian parties, the letter calls on the Austrian Federal Government and the Federal President to act.

“Starting in the Kurdish regions, people in northern and eastern Syria have been building a new social perspective for the Middle East since 2012,” said the signatories, stressing the common life among different identities.

“The international community and in particular the USA and Russia, which control the airspace in north-eastern Syria have agreed to Turkey’s renewed attacks,” added the politicians. 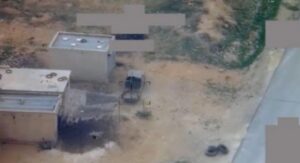 In the letter, the signatories reminded the Austrian Government that the people in northern and eastern Syria who struggled against ISIS are now dying or being forced to flee.

The politicians blamed the international coalition with allowing “Turkey to deliberately destroy civilian infrastructure, destabilise the region and contribute to a resurgence of ISIS.”

They also said that the silence from Austria means consent, the consent to the destruction of a multi-ethnic life in freedom and equality and consent to the resurgence of ISIS and its anti-woman and anti-life ideology.

Recently, the members of the European Parliament proposed a no-fly zone in North and East Syria while discussing the Turkish airstrikes and possible ground offensive in the region.