Being one of the three seriously ill prisoners who have tragically lost their lives behind bars despite calls for their urgent release, Abdurrezak Suyur died in prison when he had 14 months left before being due for release.

Turkey has been shaken by news of seriously ill prisoners being found dead in their cells one after the other.

Abdurrezak Suyur, a political prisoner who was diagnosed with lung cancer and asthma, lost his life on 14 December in his cell in Şakran Prison, in Turkey’s western city of Izmir and he was buried in his hometown Siirt (Sêrt) on 16 December.

Suyur was arrested in Muğla in 1993 and had been in prison serving a life imprisonment sentence.

He was diagnosed with lung cancer three months ago, but his body could not fight against the cancer anymore as he was not able to receive cancer treatment.

Muhsin Suyur, Abdurrezak Suyur’s brother, went on 14 December to visit his brother after their family has been much concerned about his well-being, having not been able to receive any weekly phone calls from him for the previous two weeks.

After the administration stopped him from visiting his brother, providing no grounds as to why such a harsh decision had been made, he arrived home only to receive a call from the prison administration informing him that his brother had died.

“How come he died within a month? Did they conduct surgery on him? We don’t even know that. We haven’t heard from him for two weeks. He wasn’t calling us in the weekly phone calls. Did he die even before Tuesday and did they choose not to tell us this?,” he asked, raising serious suspicions amongst family members as they suspect that the prison administration has not communicated with them transparently.

Muhsin Suyur stated that a month ago, they had petitioned for him to begin cancer treatment outside since this wasn’t possible in the prison, but the prison administration never replied to their request.

Halil Coşkun, one of the legal representatives of Suyur and a lawyer from the Association of Lawyers for Freedom, stated that Suyur’s death is a result of the “neglect of the authorities” at all levels, starting with the prison officials and first medical staff who sent him back to prison six months ago, despite being aware of the emergency regarding his deteriorating health. 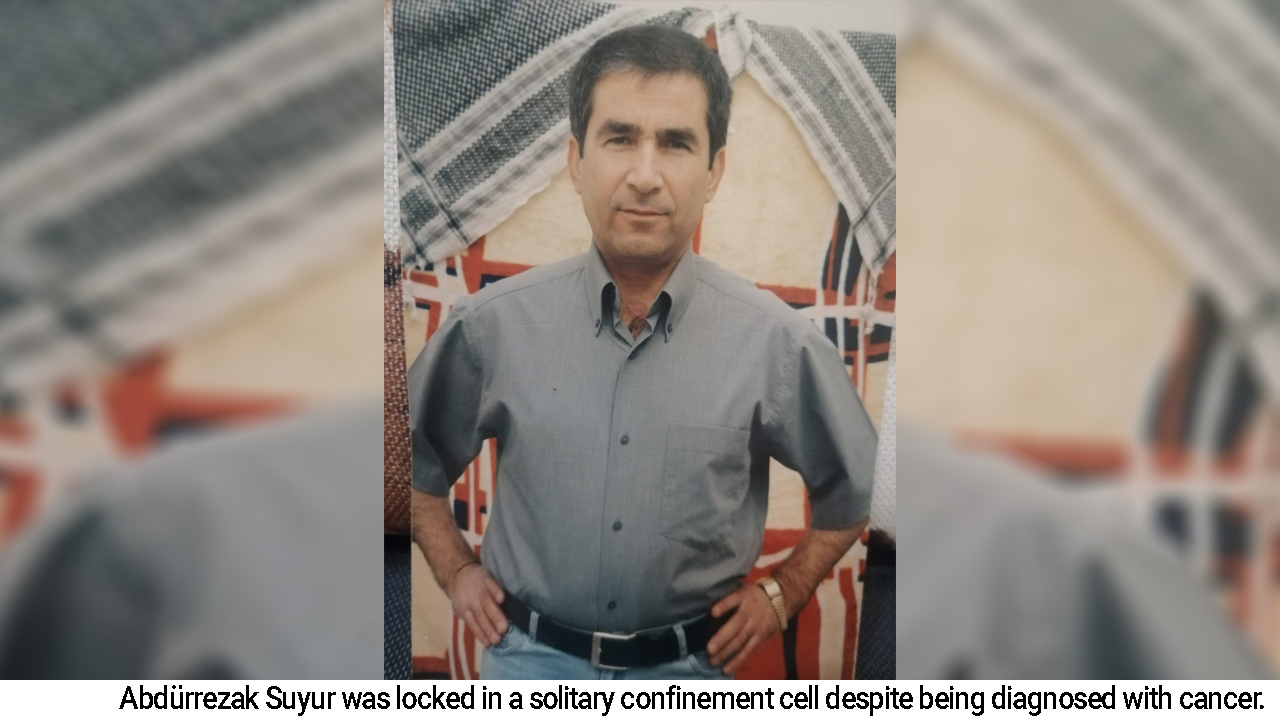 “The first symptoms of this disease emerged six months ago. He was taken to a hospital emergency room six months ago, but the doctors refused to admit him, saying that their schedules were too busy to admit a new patient and they sent the patient back to prison,” Coşkun said.

Coşkun underlined that it is the “authorities neglect that caused Suyur’s death.”

In 2006, the European Court Human Rights ruled a decision of violation for the application of Suyur, concluding that his right to a fair trial was violated due to the fact that one of the members of the Diyarbakır State Security Court (known as the ‘DGM’) was actually a member of the Turkish army. ECtHR ruled the re-trial of Suyur based on the 41th article of the European Convention of Human Rights (ECHR).