Even as political prisoners in Turkey have reached the 132nd day of a hunger strike protest in Turkey – against the prison isolation conditions of imprisoned Kurdistan Workers’ Party (PKK) leader Abdullah Öcalan and the violations of rights of prisoners in the country – the families of the prisoners have continued to voice their concerns about the grim violations of rights that continue to take place in prisons.

Rahmi Geylani and Mustafa Geylani are two brothers who are both in prisoned and both severely ill. Their mother, Safiye Geylani, shared her concerns about their health with Mesopotamia Agency. She demanded that both her sons – who are severely ill – should be released for medical treatment. 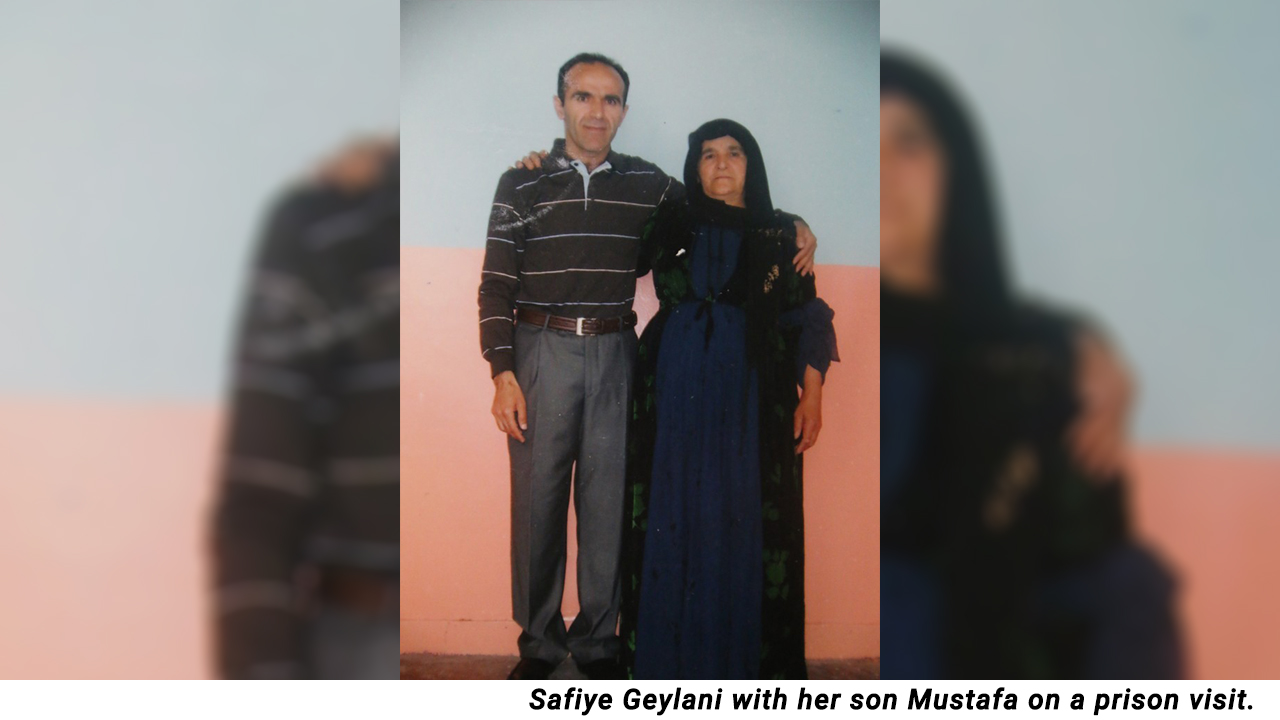 Mustafa Geylani is currently imprisoned in Elazığ No. 2 High Security Prison and was arrested on 5 March 1999 in Georgia and handed to Turkey over an arrest warrant. A court first issued a death sentence to Mutafa Geylani for “disrupting the indivisible integrity of the state” on charges of “terrorism”. Later, his death penalty was cancelled and he was given an aggreviated life sentence in prison.

Having spent 22 years of his life in different prisons in Turkey, he has been suffering from heart disease and eventually had an angio operation. “My son paid his ‘penalty’ more than he had to. How long do they want to keep him jailed? He is ill, I want his release. I cannot take this pain anymore”, said Safiye Geylani, his mother.

Safiye Geylani’s other son, Rahmi Geylani, was detained during a raid at his home on 6 March 2018 in Hakkari (Colemêrg), an eastern province in Turkey. A court sentenced him to six years and three months in prison on charges of “terrorism”. After Rahmi Geylani took part in a massive hunger strike action that was launched by political prisoners in Turkey in 2018 to protest against the prison isolation conditions of the PKK leader Abdullah Öcalan, his physical health was permanently damaged. Since then Rahmi Geylani has been suffering from severe kidney problems and diabetes. 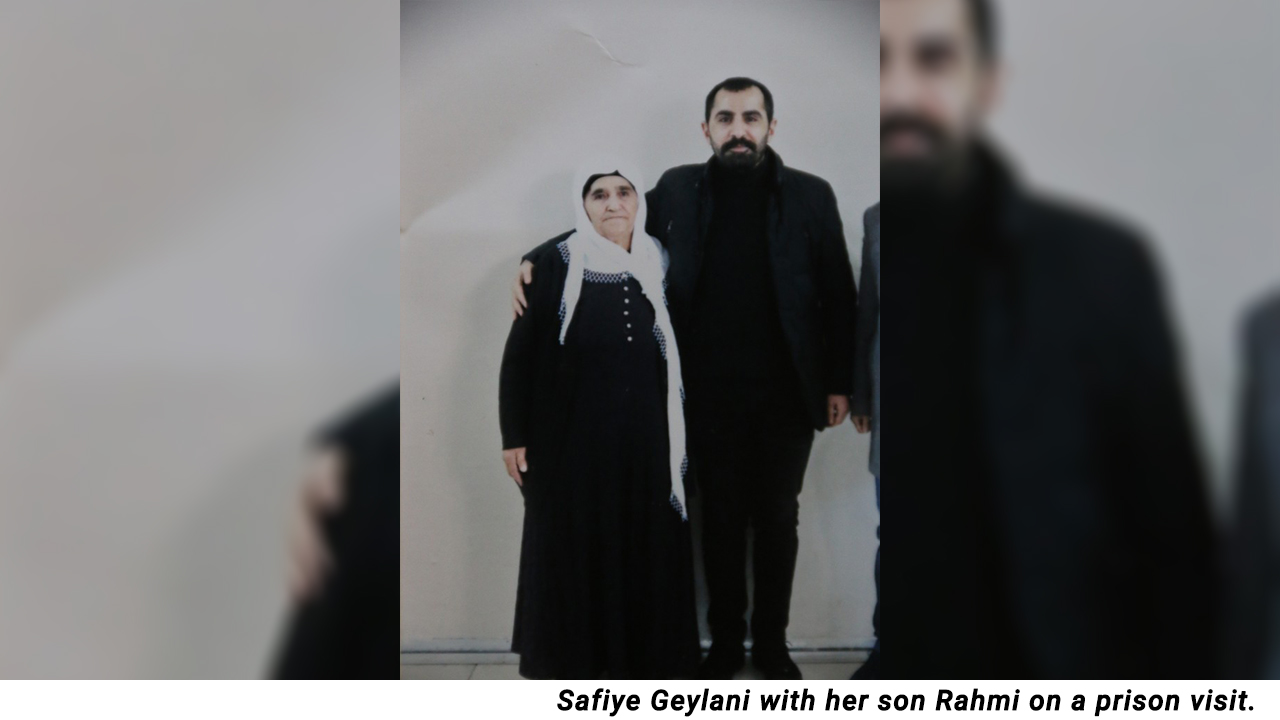 “For many years, I have been on the road from one prison to another. For the last two years, I have not been able to visit my sons regularly. I have health problems of my own”, said Safiye Geylani.

‘I demand that the state gives me my sons back’

Safiye is one of many relatives of prisoners who find it challenging to visit multiple prisons which are located in quite distant provinces in the country, where their loved ones are jailed. Her son Rahmi has been jailed in Silivri Prison in Istanbul, which is located more than 900 km away from Elazığ where her other son, Mustafa, is imprisoned. “I cannot travel such long distances. One is in Elaziğ and the other in Istanbul. Since my husband is also sick, he has never been able to visit our sons or see them for the past six years”, she said. “All mothers deserve to meet with their children again. I demand that the state gives me my sons back. Both of them urgently need medical treatment to survive. Hear our voices”, she said.