Rude gestures at Kurdish on signboard spark reactions in Turkey

A social media post by a group of teachers expressing their hate for Kurdish language led to reactions and an investigation.

Rude social media posts by a group of Turkish teachers directed toward Kurdish words on a signboard in Turkey’s Kurdish-majority district of Karayazı (Gogsî), has sparked reactions.

The signboard at the entrance of the small Karayazı town of 5,000, read, in Kurdish and Turkish: ‘Welcome’

Four teachers had their picture taken in front of the signboard, the picture frame showing the Turkish words and only a small part of the Kurdish. The picture was then posted on social media, with the following remark on the bottom:

“It says welcome on the other side of the signboard as well, but here’s what we think of that.”

One of the reactions to the post came from a lawyer, Bişar Abdi Alınak, who said on Twitter:

“Look at the dirty post targeting the Kurdish words on the signboard in Erzurum’s Karayazı. These people are expected to be educators, and to teach our kids, right? No kid, Kurds or others, can be confided with such people who hate Kurdish language. Turkish ministry of education, do your job and dismiss these people.”

Investigation has been launched into the teachers’ social media post, Turkish media reported on Tuesday. 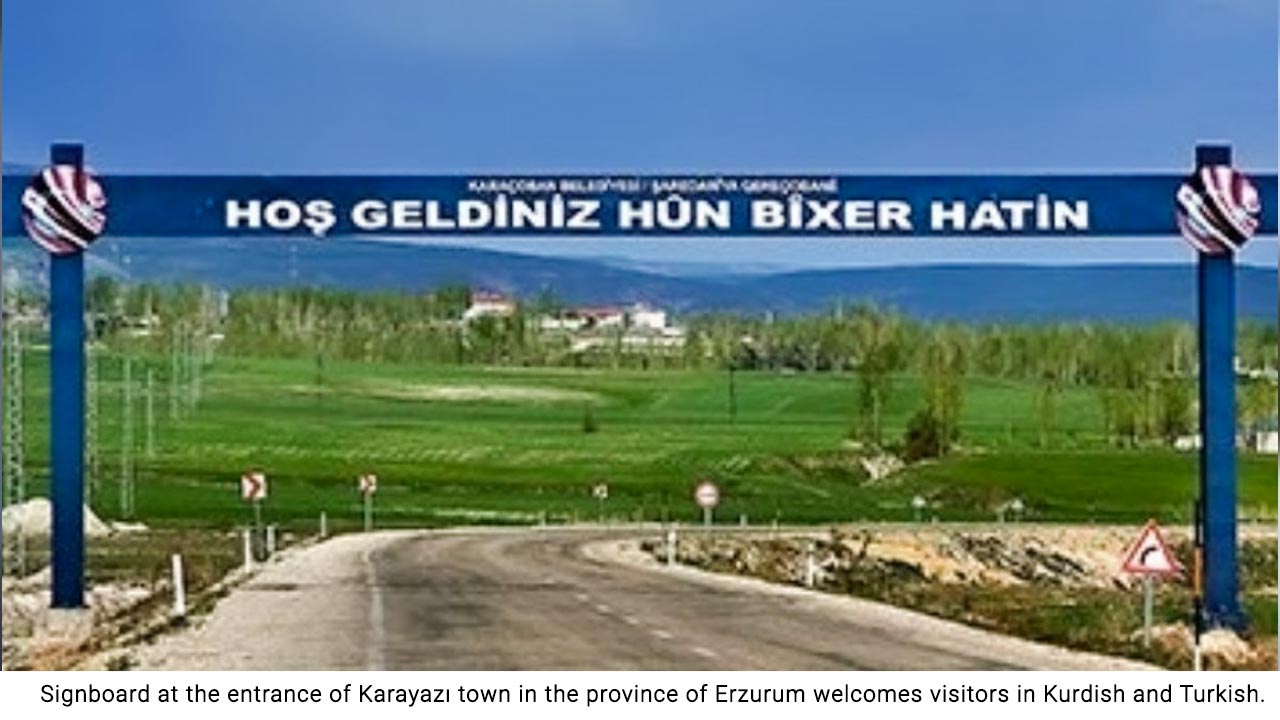 The pro-Kurdish Peoples’ Democratic Party received 62% of the votes in Karayazı in the last local elections.

Often people in Turkey lack the basic knowledge, due to the education system, that Kurds have an entirely different mother tongue and that a great majority of Kurds are bilingual with fluency in Turkish.