In the spring of 2017, amid rising tensions between several armed groups in the Şengal region of Northwestern Iraq, a young woman died. Hundreds of people came to offer their condolences to the family of the woman. Some of those in the women’s tent looked not just sad, but also exhausted and hopeless. “Let it be war”, one of them said to the few PKK fighters who were attending. The dialogue that then emerged has been in my mind these last couple of weeks, as the Yezidis are once again excluded from the conversation about their own future.

I was there at the time as part of the research for my book about the PKK, for which I stayed with the organisation for a year. The PKK had come to Şengal in the early days of August 2014, when ISIS brutally took over the region after the KDP Peshmerga, who were responsible for the safety of the Yezidis, had fled. ISIS was there to carry out a genocide: it started to kill the men and abducted women and children, sending the boys to training camps to be brainswashed and selling the women and girls to its members, who enslaved them. The PKK tried to save the situation and opened a corridor through which people could escape. They asked the young men to stay and set up the YBŞ, the Şengal Resistance Units, the first self-defence forces the Yezidis ever had.

At the time, ISIS still held some villages. There were tensions between the KDP (which had returned to help kick ISIS out of Şengal city again) on the one side and the PKK and YBŞ on the other. Turkey had become involved, an inevitability wherever the PKK has a presence. ISIS remained a threat. While the “Let it be war” remark may have sounded combative, it was actually a sign of powerlessness.

At least that’s what I learned from the reaction of the PKK fighters who were present and sitting with the women. The experienced comrade Engizek said: “The armed struggle doesn’t bring peace. The weapons are for self-defence. The peaceful war is waged through education, with demonstrations, marches and gatherings, and with a well-organised people”. The women were listening attentively as she added: “That is the war that the Yezidi’s now have to focus on”. 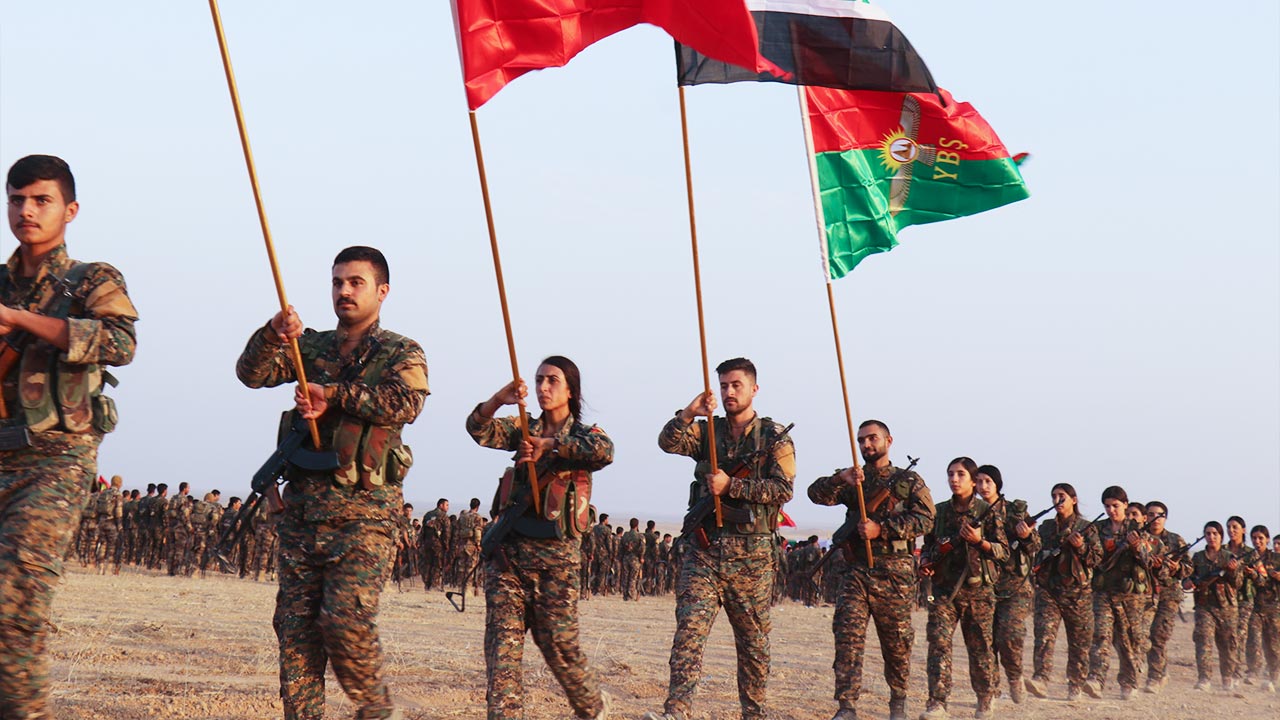 A few days later, I ran into a fighter who had come to Şengal in the summer of 2014. Her name was Ekîn. She painted the picture of the Yezidis as a suppressed people with a fatalistic mindset, developed over centuries of violence and genocides against them. She said: “No power that has ever ruled over them has given them an education that has strengthened them as a people. The clan structure of Yezidi society was turned against them by outsiders, who used it to keep the Yezidis divided. We try to break that chain”.

How could that conversation in the condolence tent, which was actually part of the effort to educate the Yezidis about their fundamental right to self-determination, not come to mind when I heard about the Şengal deal that rulers in the Kurdistan Region’s capital city of Erbil (ruled by the KDP) and Baghdad had signed? The deal was coordinated by the Special Representative of the Secretary-General of the United Nations in Iraq, Jeanine Hennis-Plasschaert. Part of the deal is to remove all armed factions from Şengal, including those with close ties to the PKK. Does that actually mean that it was decided that the YBŞ must cease to exist? The first ever self-defence force of the Yezidis, set up after they were abandonded by everybody and left in ISIS’s genocidal hands, must be dismantled?

Details are hard to come by. Who exactly was at the negotiating table is also unclear. Maybe a Yezidi tied to the KDP was involved, but definitely not the independent Yezidi community, as is also clear by this thread:

Thread: Some initial comments, concerns, hopes on the new agreement between #Iraq and #KRG on #Shingal . Some aspects are positive, but some can prove problematic. #Yezidi #Yazidi pic.twitter.com/WktB8wPAqN

by the Free Yezidi Foundation.

Progress must be made in Şengal to bring life back to the region because the current reality is unliveable — but how can it ever be sustainable without the participation of the community itself? Isn’t that repeating old mistakes, leading to outcomes we have seen before? Wasn’t the last such outcome, which unfolded in August 2014, yet another clear sign that the community needs to determine its own fate, instead of being ruled by others?

My list of questions is much, much longer. It’s hard to get them answered while I remain in the Netherlands, where I have been since the coronacrisis started in March. As soon as the virus subsides, I hope to visit Şengal again and try to get some answers.