Peoples’ Democratic Party (HDP’s) MP for Istanbul, Hüda Kaya issued a parliamentary question regarding the burial of Kurdish fighters, whose remains were buried under a pavement in Istanbul.

After Garzan Cemetery in Turkey’s southeastern province of Bitlis was desecrated and smashed to pieces, the remains of the Kurdish fighters, were transferred to Istanbul.

Erdoğan Alayumat from Mesopotamia Agency revealed in his special report dated 21 May 2020 that the bones of 261 Kurdish fighters were placed in “plastic boxes”, which were piled up on top of each other and stacked under the pavements of Kilyos Cemetery in Istanbul. 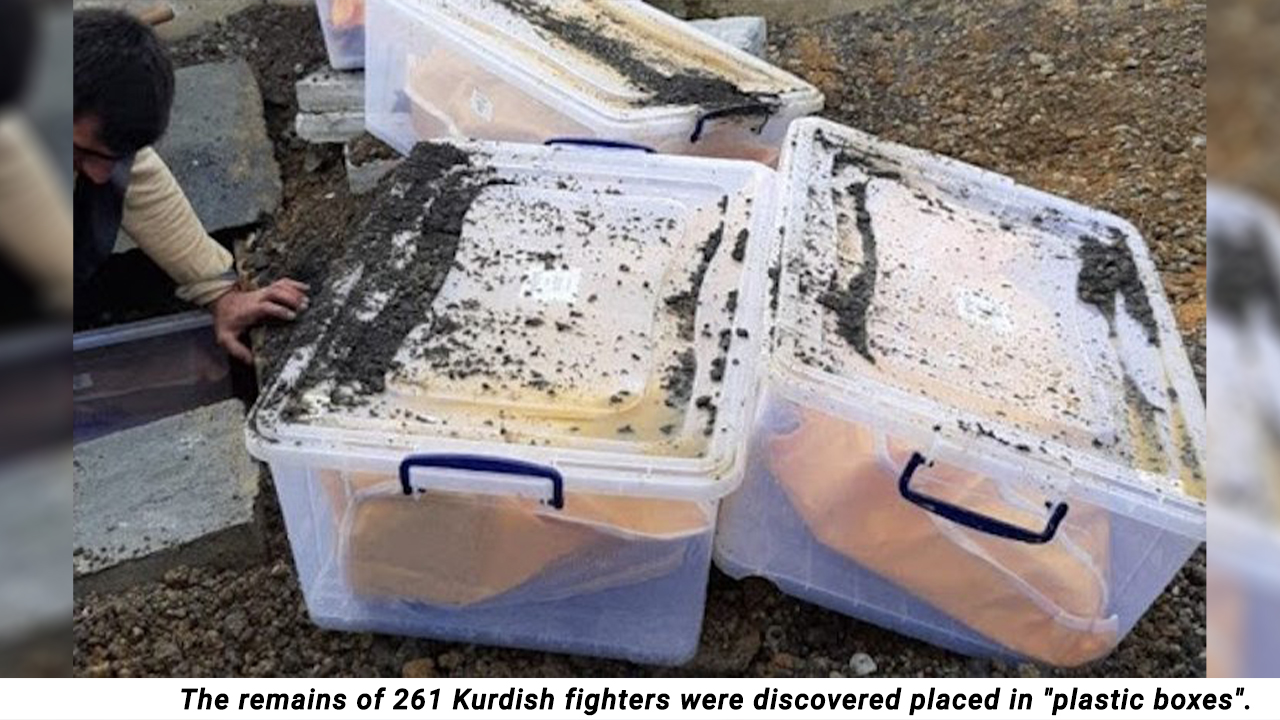 HDP MP Kaya took the shameful scandal of the desecration of burial rights of the Kurdish fighters to the agenda of the Turkish parliament.

In a parliamentary question, Kaya asked the following questions to the Turkish interior minister Süleyman Soylu:

“-Even though DNA tests were done and the families were detected, why were the remains buried in Kilyos cemetery?

– How many of the ID information records of the remains were acquired by the Forensic Medicine Institute and how many of those identified were handed over to their families?

-Despite the clear constiutional provision, what are the reasons for not handing the remains to their families and these bodies not being buried based on the rituals of their own faiths?”

Turkish interior minister has not still issued an answer to the questions of the HDP MP. 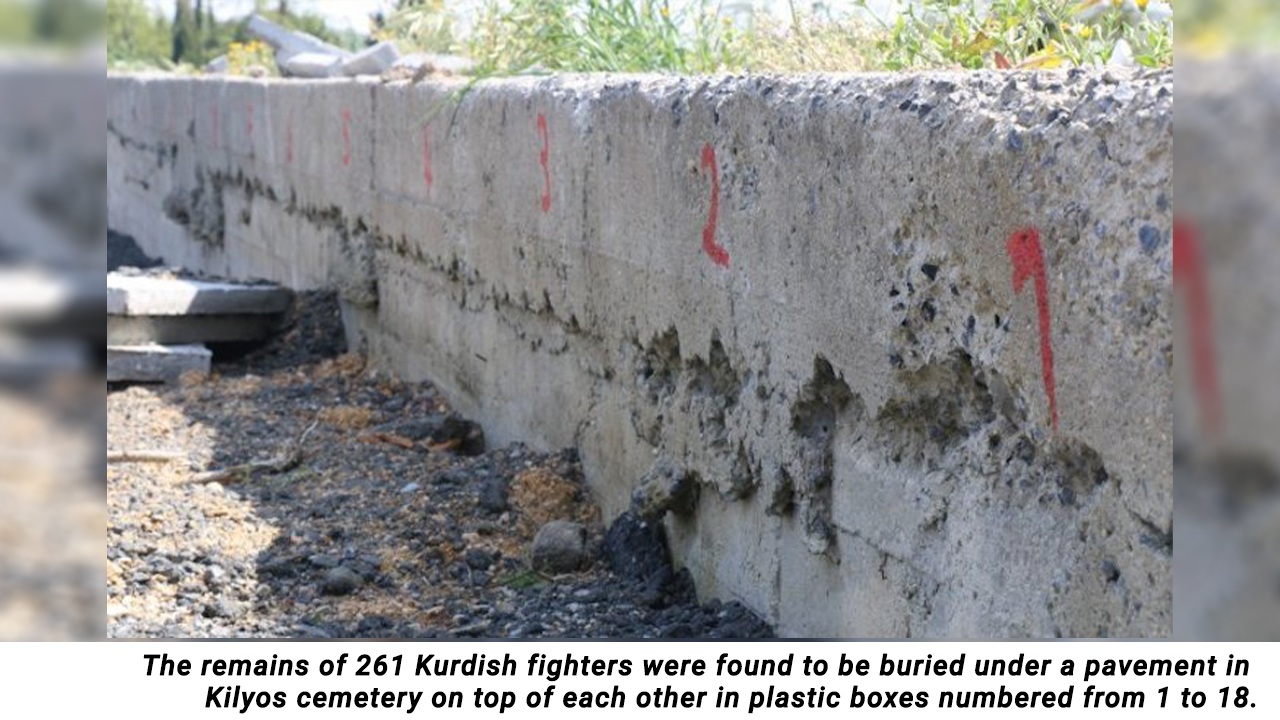 Following the discovery that the remains of 261 Kurdish fighters were found to be buried under a pavement in Kilyos cemetery on top of each other in plastic boxes numbered from 1 to 18, the Association of Lawyers for Freedom and a number of lawyers’ organisations launched a legal campaign against the unlawful burial of human remains and urged the Turkish authorities to return the remains to their families. 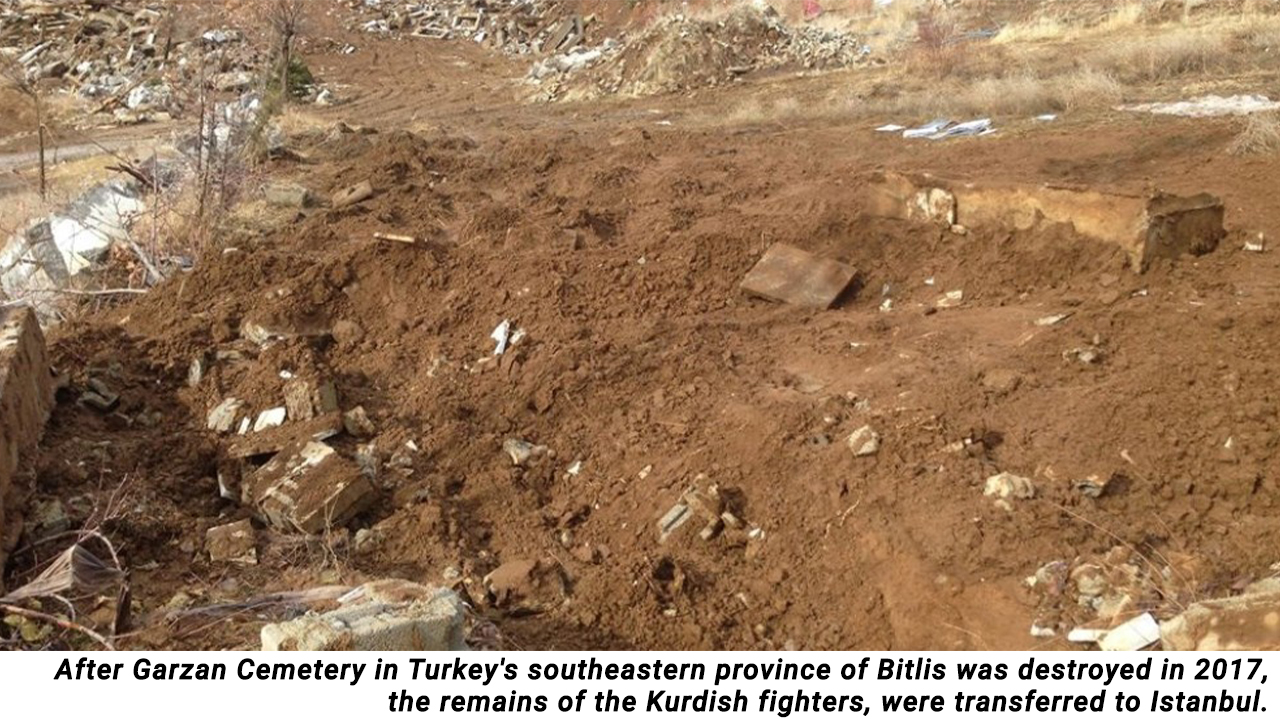 All the graves belonging to the fallen Kurdish fighters were completely destroyed in Garzan Cemetery, according to a report by Fırat News Agency on 22 December 2017.

Most of the families have not been able to receive the remains of their loved ones even after three years of struggle.

Only 21 out of 261 remains of the Kurdish fighters have been returned to their families.