Relatives of those originally buried in Garzan cemetery: ‘Our struggle will continue until we retrieve the bodies’

Four years have passed since the bodies taken from Garzan Cemetery were buried in the sidewalks in Kilyos. The families even today continue with their struggle to collect the bodies of their loved ones.

Kurdish fighters who died as a result of conflicts with the Turkish Army were buried at Garzan Cemetery in the village of Oleka Jor in the centre of Bitlis (Bedlîs) province of eastern Turkey. But now they are buried in Istanbul’s sidewalks. The families of the dead have explored all avenues, trying to receive and collect the bodies of their loved ones but so far there has been no significant response from Turkish officials.

After the ‘solution process’ was reportedly halted by the Justice and Development Party (AKP) chairman and Turkish President Recep Tayyip Erdoğan, Garzan Cemetery was destroyed on 19 December 2017 and bodily remains were taken away by officials from the cemetery. The remains of two hundred and eighty two bodies were transferred and buried in a Kilyos sidewalk in Istanbul.

Families of the dead have continuously been demanding that they can collect their remains and bury them in a place they wish, but within the past four years, the remains of only 21 bodies have been returned to their families.

The Anatolian Association for Aid and Solidarity with Families who lost their Relatives (ANYAKAY-DER) held a press conference about the families demands. The People’s Democratic Party (HDP) deputy Ömer Faruk Gergerlioğlu, Free Women’s Movement (TJA) members and families were present.

Speaking during the press conference, Revşan Döner, the sister of Abdulhamit Dünar, who was killed in a firefight in Bitlis Tatvan in 1995, said they would search for the bodies of their relatives until they die. She wanted all families and the Kurdish people to support them in their struggle.

“We ask all families to apply to the relevant places wherever they are staying. Let parents take care of their children. We want to bury our relatives’ bodies, as they deserve, and where they deserve to be buried,” she said. 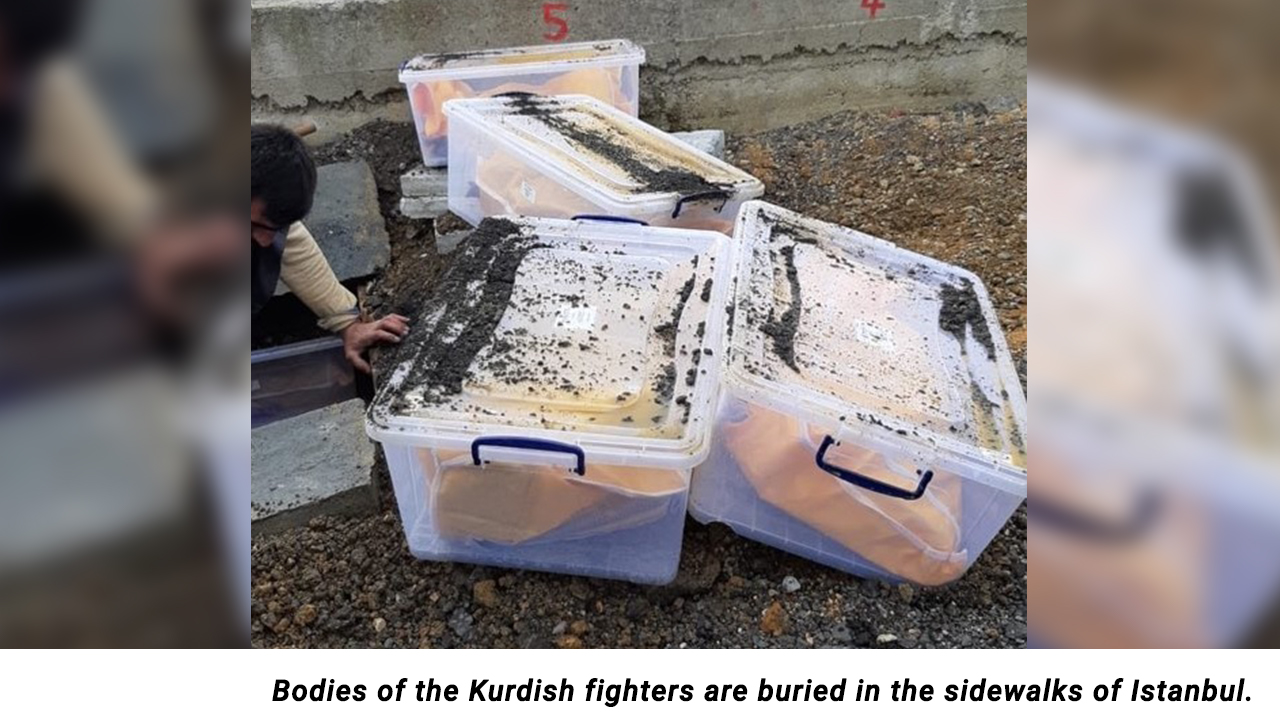 HDP Deputy Ömer Faruk Gergerlioğlu described the process of destruction of Garzan Cemetery as against human dignity. “The families’ demands should be met,” he said.

“It’s a person that is lying in a cemetery. That should be respected there, both humanely and religiously. Removing bones and taking them from somewhere and burying them at the bottom of the sidewalk? It’s against human dignity. It is also a method of torture that these bones are not given to their families. Since 2017, most families have been unable to receive the remains of their loved ones. When you go to the grave, you get emotional, you get sad. But these families aren’t even given the right to grieve here.”