Refugees in Shahba: ‘The international community disregards what is going on here’

The former residents of Afrin (Efrîn) district in northwestern Syria, who had to flee after Turkey’s Afrin offensive, described the difficulties they face as refugees living in the Shahba camp in southern Syria.

The Turkish armed forces and Turkish affiliated armed groups launched “Operation Olive Branch” against the Kurdish-held envclave of Afrin on 20 January 2018. Following the intervention, 300,000 residents of Afrin were forcibly displaced, according to the Syrian Observatory for Human Rights (SOHR).

The camps in Shahba canton, under the control of the Autonomous Administration of North and East Syria (AANES) in southern Syria, reportedly have restricted access to basic humanitarian aid such as medicine and healthy food supplies, due to the ongoing limitations and embargo imposed by the Damascus regime.

The former residents of Afrin -who fled to the refugee camps in Shahba canton –spoke to Hawarnews and described the harsh conditions they have to live in due to the embargo and blockade imposed by the Damascus regime.

Merûş Kilkawî: ‘There is no international aid arriving in our camp’

According to Merûş Kilkawî, an elderly female refugee living in Berxwedan Camp: “There is no international aid arriving in our camp. Damascus does not allow our basic needs to be brought into Shahba canton. We live under extremely harsh conditions, but nobody hears us”. 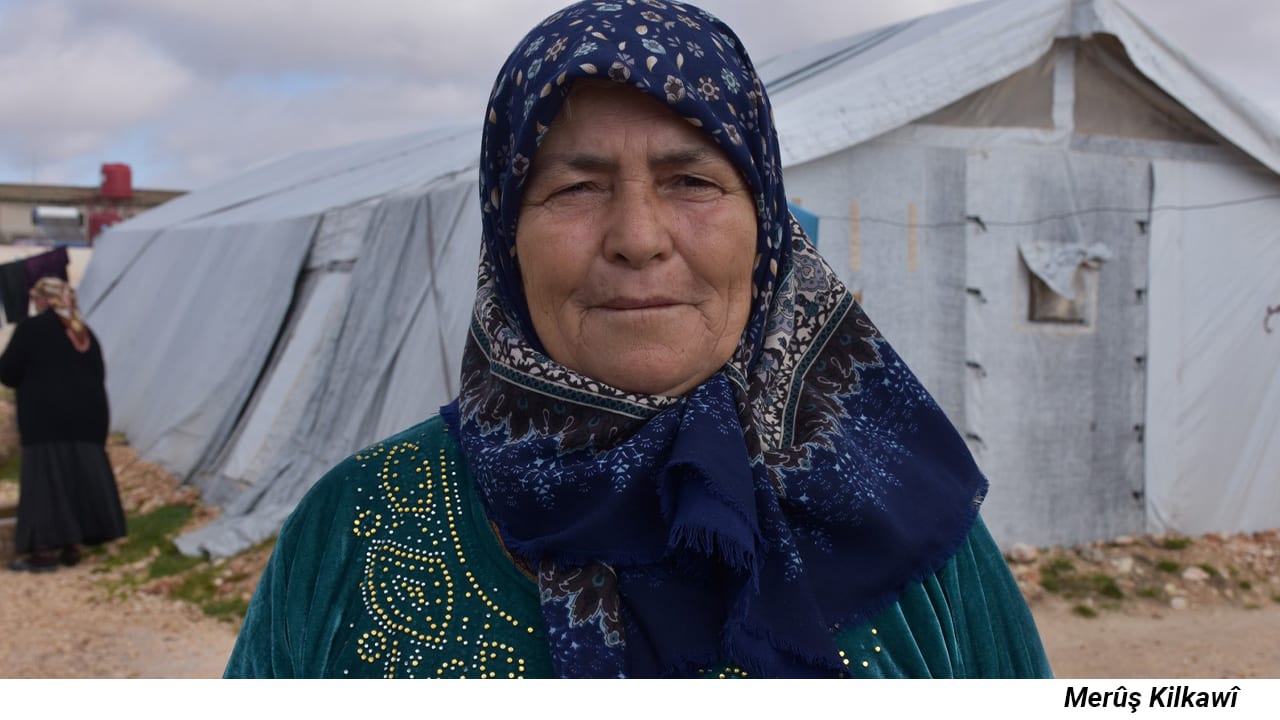 Kilkawî criticized the Damascus regime for neglecting their citizenship rights: “They behave as if we are not the citizens of Syria. People of Afrin are the people of Syria as well. Russia was supposed to be a guarantor power in the region, but they let Turkey invade Afrin and other parts of Syria. The international community should hear our voice and Damascus should end the policies it imposes on Shahba”.

Şêxo Bîlal: ‘Damascus does not even allow flour and gasoline supplies to reach us’ 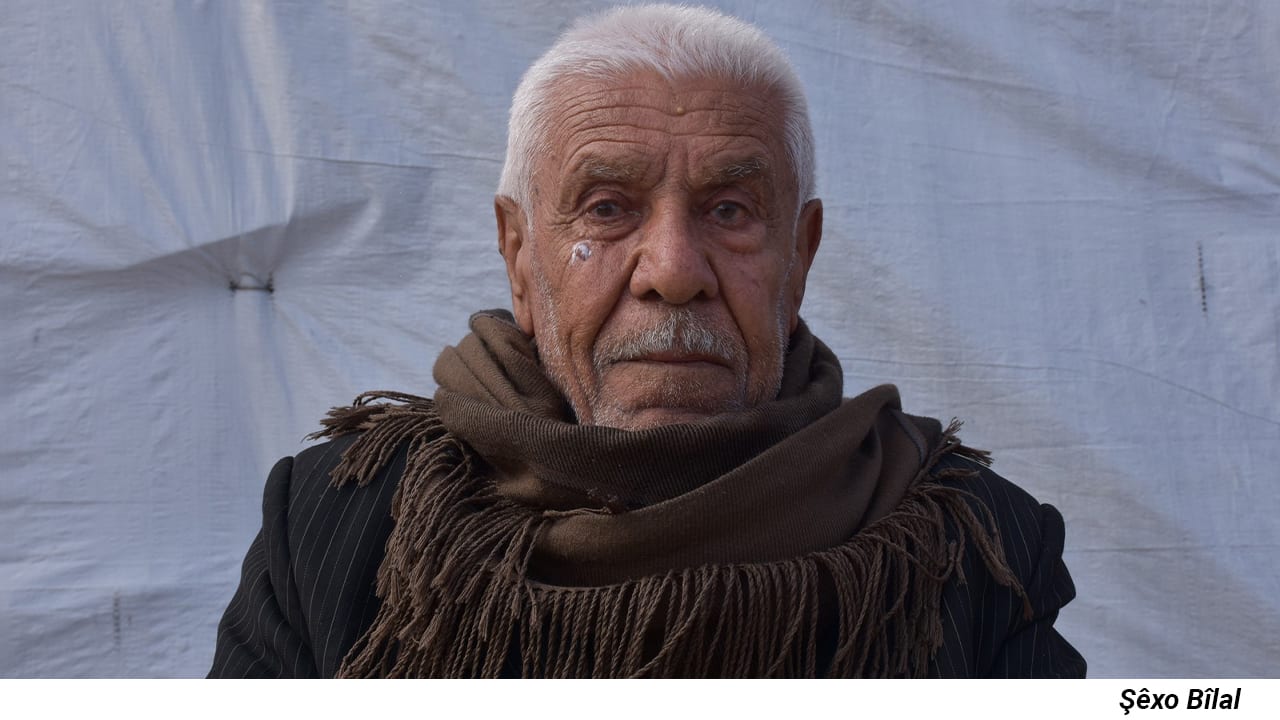 Another refugee from Afrin is 80-year-old Şêxo Bîlal. He believes that Damascus aims to destroy the refugees from Afrin with the embargo and blockades it imposes on Shehba canton, which houses Afrin’s refugees: “Damascus does not even allow flour and gasoline supplies to reach us. We have no heaters and we are almost short of bread. I am an 80-year-old man. I have to cope with a vast number of diseases and I have no tolerance for cold, yet here I am, housed with no heater in the middle of the winter”.

He added: “Damascus wants to destroy us, but our soul of resistance is strong and our resistance will continue against all its dirty politics”.

Hûriye Îbrahîm: ‘The international community disregards what is going on here’ 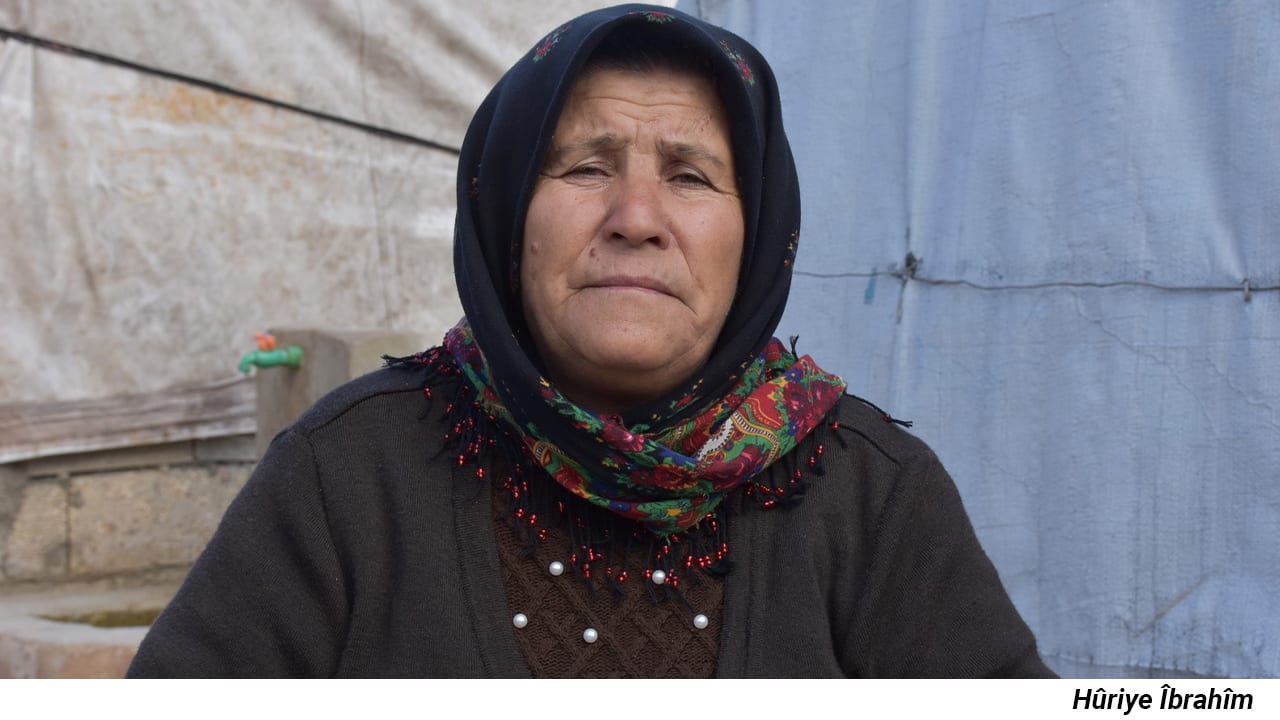 Hûriye Îbrahîm, another resident of Shahba who fled from Afrin, said: “We are from Syria, we have not come to Syria from some other country. The Damascus regime blockades the region and does not even allow access to our basic needs in the canton. It does not allow gasoline through that we can use for heating. The international community disregards what is going on here”, she said.