The approach of the Greek government towards refugees from Rojava is no different from that of other countries as it shows Turkey as a “safe third country".

Wars affect the whole world, and are particularly brutal in the Middle East. People who have been targets of genocide often die on their journeys of migration seeking to hold on to life.

Tens of thousands of refugees fleeing from war have lost their lives in the waters of the Mediterranean. They are oppressed in Poland, Belarus, Greece, and many other countries where they are not accepted.

The approach of the Greek government towards these desperate people is no different from that of other countries. Greece made a statement on 7 June 2021 that Turkey was a “safe third country” for all refugees from Syria, Afghanistan, Somalia, Pakistan and Bangladesh.

Yeni Özgür Politika spoke with refugees from Afrin (Efrîn), Kobani (Kobanê) and Qamishli (Qamişlo) in northeast Syria, (known as Rojava in Kurdish, meaning the “West”, with reference to Western Kurdistan) detained in a former chemicals factory in Inofiton, around 60 km from Athens, about their refusals and the conditions of their detention. 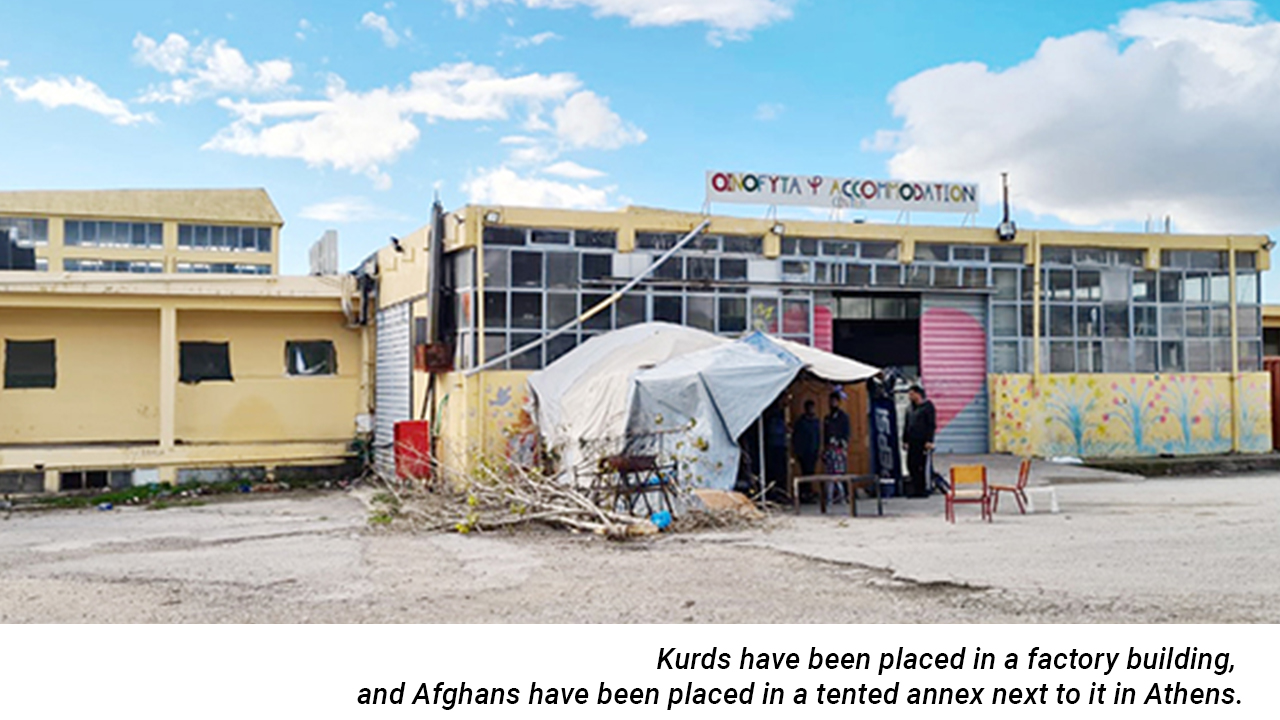 This camp is by the side of a main road far from any populated area, and it shows just what Greece thinks of refugees. Kurds have been placed in the factory, and Afghans have been placed in a tented annex next to it. The capacity of the camp is 424, but according to the refugees, it holds over 600.

The toilets, bathroom and kitchen are filthy. The doors, windows, taps, tiles etc are all broken and useless. Sheets and blankets are used as doors. The camp is overflowing with rubbish inside, and rubbish is piled up in heaps outside.

Many of the refugees have visible insect bites and marks on their bodies. There is out-of-date food in plastic packaging everywhere, both inside and out. The refugees say they are sent food that is inedible and already past its use-by date, so much of it goes into the rubbish. 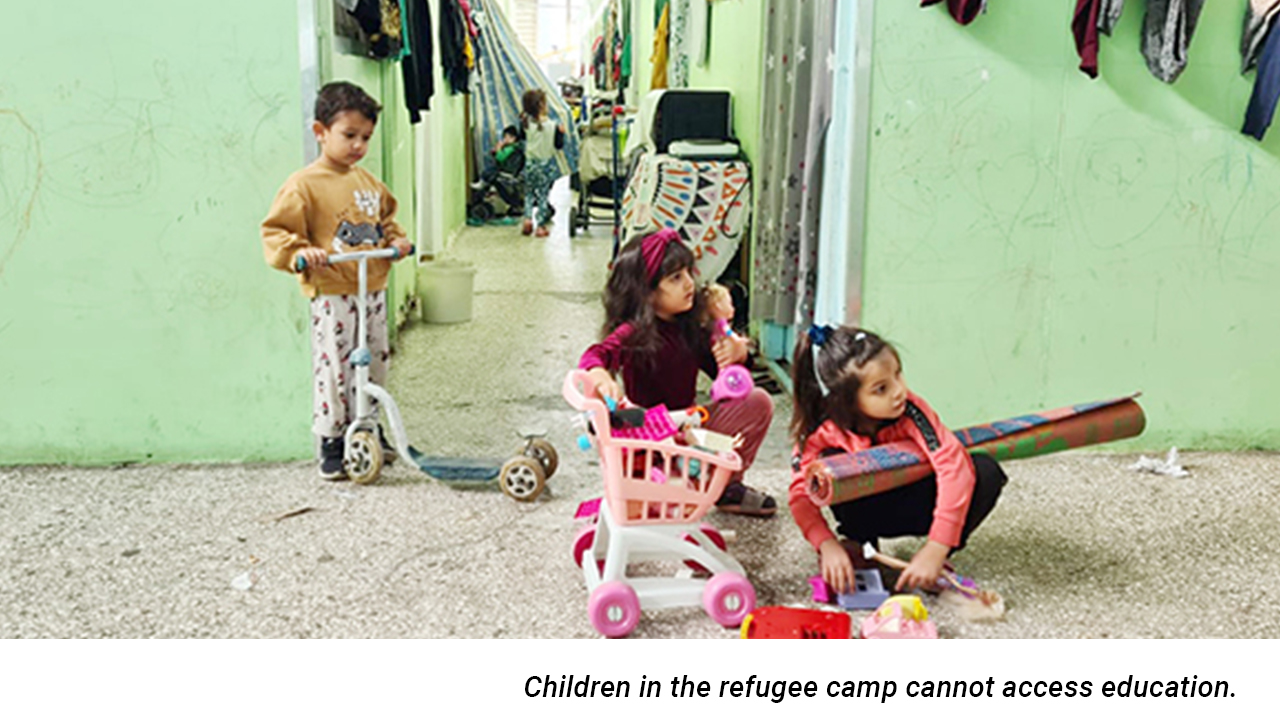 However, as the monthly 150 euros of aid they used to get was stopped four 4 months ago, refugees with no other means still have to eat this food, though those who have their own means buy provisions for themselves.

All this is glossed over, and the camp is claimed to be in keeping with UNHCR standards. But families say that their children are not being educated. They say that they cannot get medicines, or that if they come they come too late, that they struggle with the cold weather and are unable to keep warm so that the children are constantly unwell.

The only thing in keeping with UNHCR standards are the bright red fire extinguishers languishing in the corners.

The refugees said that to date around 150 Kurds from about 30 families had been refused asylum following the statement. They had a right to appeal, but when they applied the appeals were inevitably rejected, Greece asking for proof that “Turkey is not a safe country”. 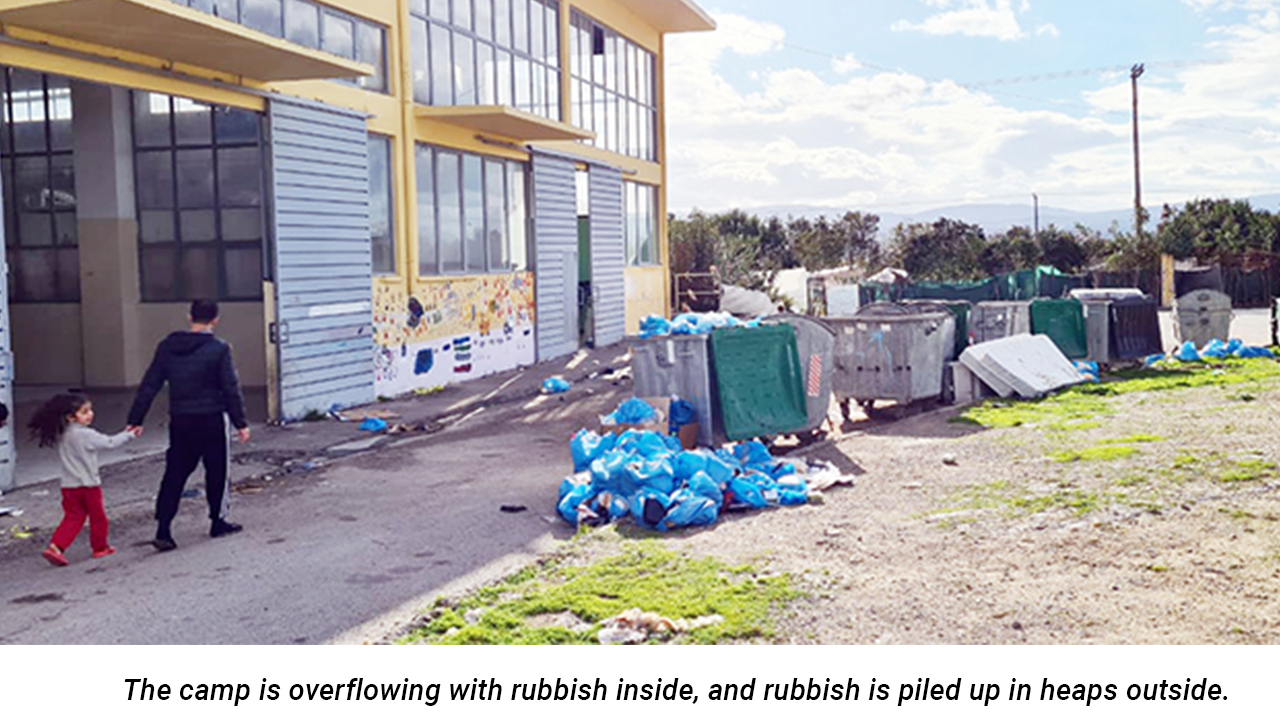 Hussain Bilal (33), from Afrin, said that he, his wife and their three children had lived in the camp for 2 years and 4 months. They had all been refused asylum. He said, “We have no rights here, they have taken away what rights we had”. He summarised their experience:

“There is nothing we can do. I’ve been refused twice. Even my lawyer was astounded. We all left our villages and went to the city during the operation to occupy Afrin in February 2018. My father didn’t leave the village. ‘I’m old, they won’t do anything to me, you’re young, leave here,’ he said.”

He learnt from Facebook when he was in Afrin city that his father had been savagely murdered. 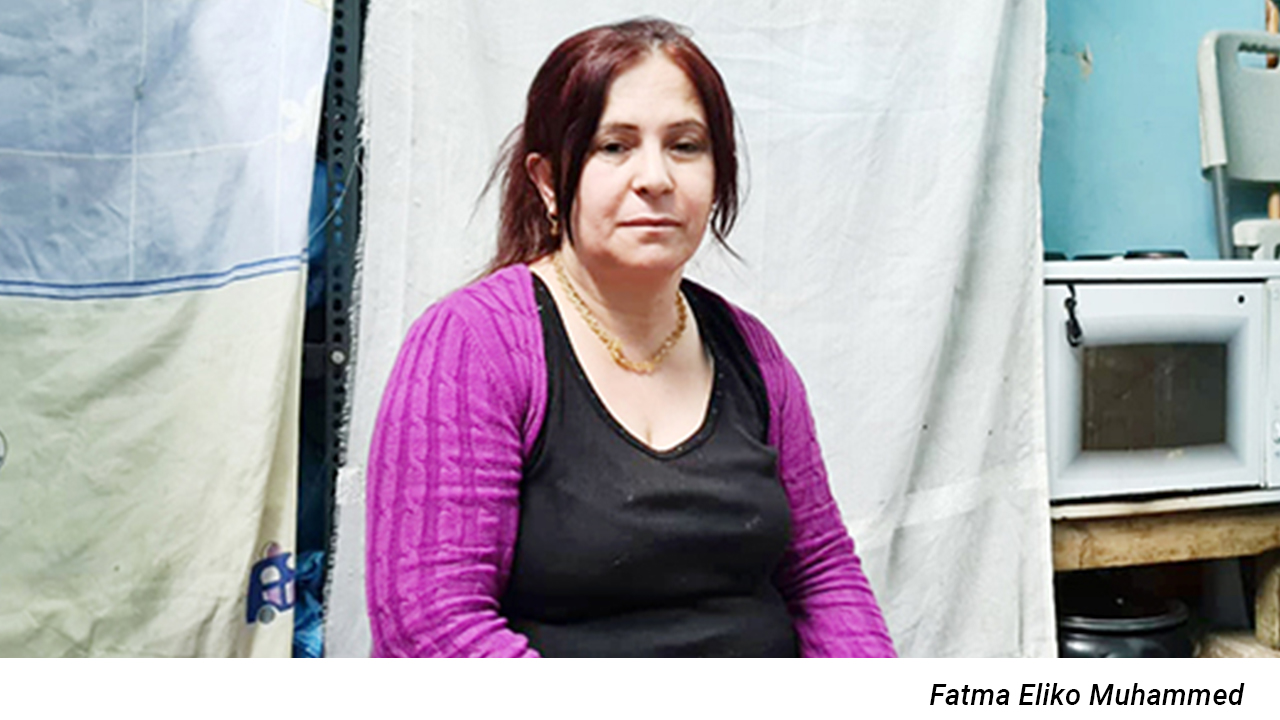 Another refugee who did not want their name revealed said, “I have lived here for two years. I am a Yazidi from Afrin. We have been through slaughter and genocide and now I’m faced with this decision. I can’t find the words. I’m in shock.”

Fatma Eliko Muhammed and her husband, also from Afrin, have lived in camps for nearly six years, raising their child, now 14, in the camps.

“Now my husband’s and son’s asylum applications have been refused, but mine has been accepted. My husband is a political refugee and if he goes to Turkey he will be arrested. They’re separating a mother from her child, they are breaking up a family,” she said. 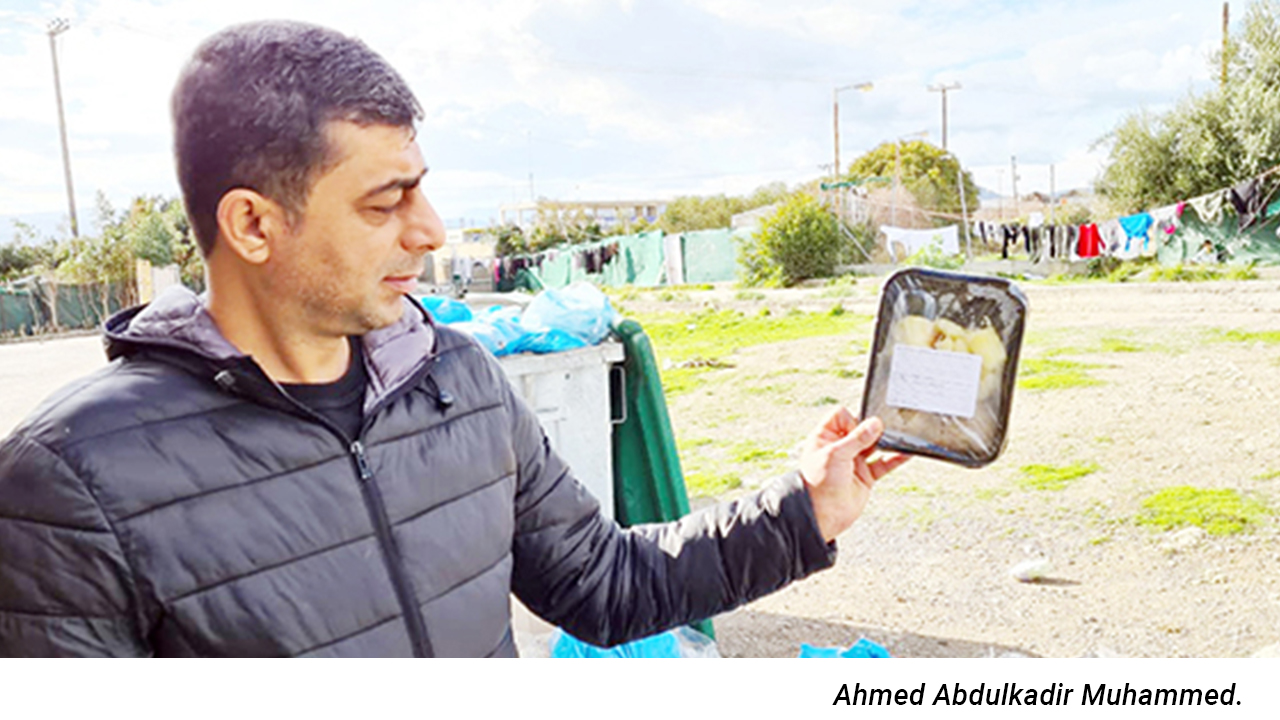 Ahmed Abdulkadir Muhammed left Afrin, where he lived, with his wife and son in 2018.

“I was forced to come here for the safety of my family after Turkey occupied Afrin. Now Greece is saying, ‘Turkey is a safe country for you’. The implication is that this decision supports the Turkish occupation of northeast Syria. Turkey has never been a safe place for Kurds,” he said.

“The world knows this. We are Kurds, and our homes, our language, our culture, our lands, our everything has been destroyed and our people have been murdered by the Turkish state.”

Ahmed drew attention to the racist attacks against Kurds in the cities of Turkey: “Can Kurds who call themselves Kurds walk the streets of Turkey in safety? Even our dead and our graves are under attack from this state. But they still say, ‘Turkey is a safe country for you’. Let Turkey withdraw from Afrin, then we’ll go back.”